What do you get when the two form teams in a division meet? A nil nil draw !!

It was hardly goals galore in a game that will not live long in the memory of anyone at Mayesbrook Park as Barking and Bedfont Sports crawled to their second goalless draw of the season.

After 25 minutes after being the marginally better side Bedfont had the first chance of note as Maxwell Oldham cut in from the right wing but his shot flashed wide of the goal. Bedfont continued to look the more dangerous going forward with home stopper Montel Joseph tipping over a long range shot from former blue Izzy Bademosi and Barking defending a succession of corners to end the first half on parity.

Barking started the second half brighter and good work by Dumebi GB-Dumaka and Johnny Ashman saw the ball fall to Junior Dadson close to the six yard box but his effort cleared the crossbar. Dumaka did similar minutes later from the edge of the box after good work from Dimitrios Kyriatzis between the sticks from Bedfont and then smothered an attempt from Michael Dixon. Bedfont had a somewhat muted penalty appeal after 65 minutes and forced Joseph into a good save with 15 to go as he pushed a curling effort around the post.
There were half chances for both sides in the final ten minutes but neither side troubled either keeper any further as two of the form sides in the league settled for a point each.

On Tuesday evening we entertain Cheshunt FC and former manager Craig Edwards at Mayesbrook Park in an attempt to reach the last 16 of the Velocity Trophy after the game in December was abandoned at half time due to the inclement weather. 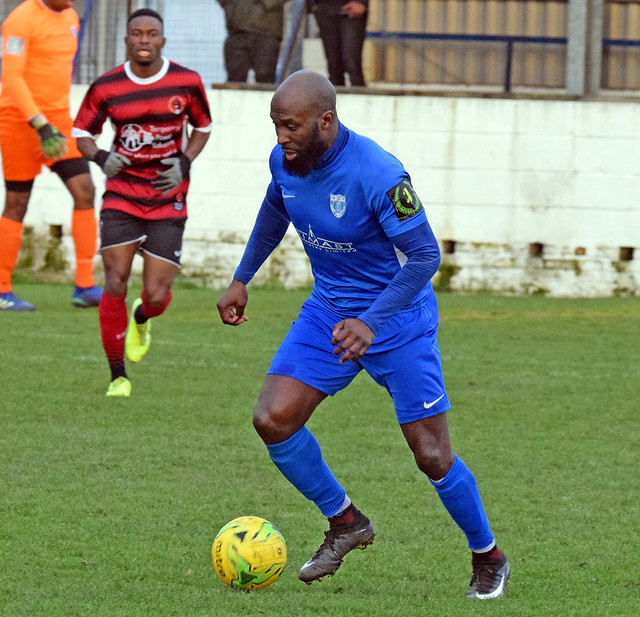