BRACKNELL EDGED OUT AT MAYESBROOK PARK

Barking won a see-saw match by a single goal in seven and keep our recent good run going to make it six league and cup wins on the trot.

Bracknell were an early threat and Nathan Minhas after seven minutes found himself through but his shot flashed across the goal and on eleven another dangerous cross from the right from Dan Carr went begging. Just a minute it was the men in blue who struck first when a ball forward set Michael Dixon free and he twisted and turned to make space and fired home to put Barking a goal up and make it to double figures for the season. However, just after the goal Daniel Flemming limped off to be replaced by Jack Hayes who proved to be a very capable replacement. The game became an end to end battle and for Barking the best chances came from Johnny Ashman, but he couldn’t find the target. As the half wore on Bracknell’s pressure told and four minutes from the break Nathan Minhas equalised from close range following a cross from Harrison Bayley. Barking responded positively to being pegged back with Junior Dadson having two chances and each time was denied by Bracknell stopper Sonny Wheeler.

After the break there was no sign of what to come, a couple of Eddie Allsopp free kicks: one well saved by Wheeler and one clearing the goal and for Bracknell Sebastian Bowerman firing over  Then in eight goal laden minutes the game turned on his head, firstly on 67 Johnny Ashman made it 2-1 running down the wing then cutting inside to unleash a powerful shot which via a deflection left Wheeler rooted to the spot. Six minutes later it was 3-1 as Johnny Ashman showed persistence in winning the ball and he advanced forward to fire past Wheeler. 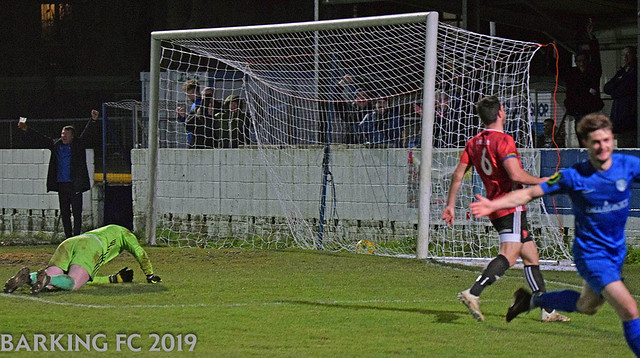 With 75 gone Barking completed their scoring when from a Bracknell corner Dadson broke away and his powerful run took him into the box where he set up sub Nana Boakye-Yiadom who side footed home to score for the second game running. Bracknell refused to lie down and seven minutes from time a looping header from Kai Walters made it 4-2 and then three minutes from time Boakye-Yiadom appeared to be pushed over by the Bracknell box but Minhas took advantage and raced away to square the ball for Sebastian Bowerman to sweep home and make for a very tense closing to the game.

Post-match there was further good news as Eddie Allsopp’s loan has been extended by Charlton Athletic until January 8th 2020.

We now move onto Wednesday and our final Velocity Trophy group match against our old rivals with new owners Romford FC and anything less than a massive defeat will see us move into the last 32 and a home game against Cheshunt FC. 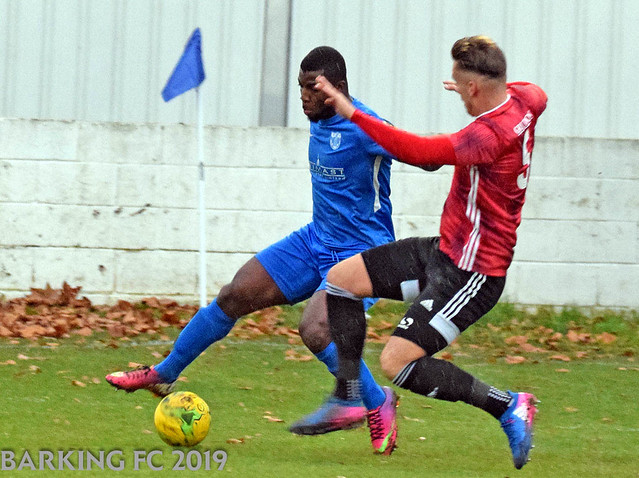