Barking suffered their first defeat since September 17th in a disappointing day after scoring first then went on to concede a 91st minute goal to go home pointless.

Barking looked to build on their six game winning streak and welcomed back Junior Dadson and new signing Stuart Collins was on the bench as an unused sub.

Barking looked to take an early lead and had several chances with nothing coming to fruition, they did however move in front on 28 minutes when Ricky Tabard was fouled in the Chalfont area and Michael Dixon comfortably beat home keeper Dan Purdue and they way events unfolded this was probably as good as it got for the visitors. 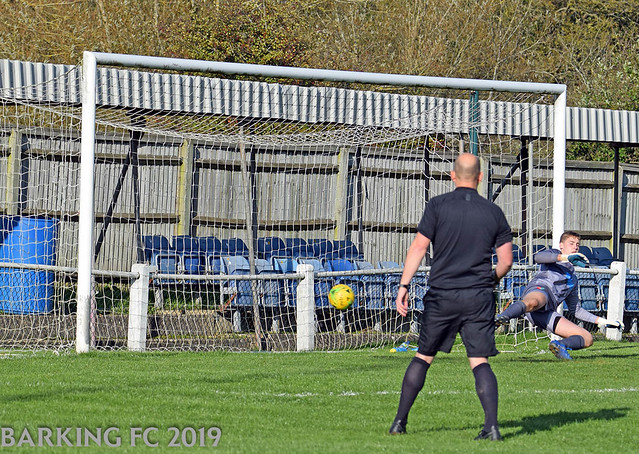 Unfortunately Barking could not build on their and twelve minutes later paid the price as Jack Hayes’ tackle bounced back off Hani Berchiche who went on to fire past Montel Joseph despite a last ditch effort from Sam Owusu. Chalfont hit the bar as half-time neared but in fact it was a great save from Joseph who prevented the home side taking a 2-1 lead at the interval.

The second half was a largely even affair but try as they as they might Barking could not exert any authority to move the game in our favour. Chalfont had a penalty of their own when one of their forwards looking suspiciously offside only had Joseph to beat and with no offside flag Jack Hayes brought him down to concede the spot kick. However, Joseph guessed correctly and saved Riccardo Alexander-Greenaway’s effort and ensured there was no follow up.. 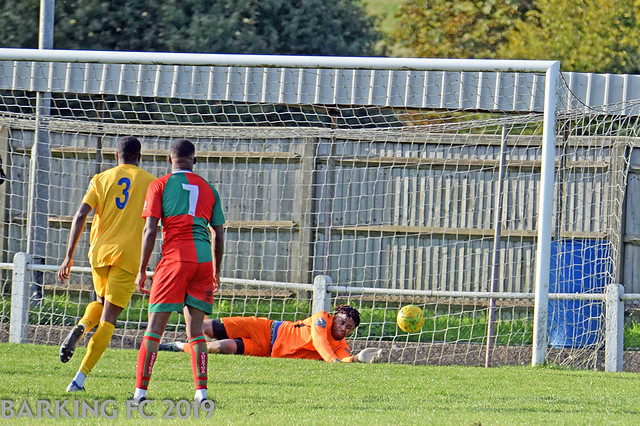 Barking pushed on and Michael Dixon was clearly wrestled to the floor in the penalty area but the referee must of thought he had given his ration of penalties for the day and wasn’t interested.

There was always the feeling that there would be another goal in the game and it didn’t go the way of the visitors: in the first minute of added time a soft looking free kick was conceded and when it was swung in the ball rebounded off a Barking defender to present Chalfont’s Ricky Brennan the easiest of chances to seal the points.

We return to Mayesbrook Park next Saturday and welcome Margate FC in the first qualifying round of the FA Trophy and we will also be going pink for breast cancer.awareness and hopefully raising funds for charity. 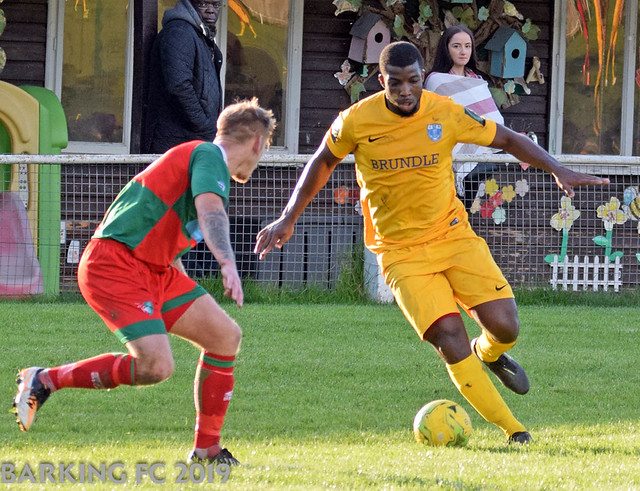