After seven winless league games Barking got off the mark with a hard fought win at Theobalds Lane and registered their first league win of the season and the first since April 20th when we beat Basildon United also away by a single goal.

After Tuesdays odd goal in seven defeat to Waltham Abbey Justin Gardner made one change with Nana Boakye-Yiadom replacing Dumebi GB-Dumaka and we included striker Michael Dixon signed from Corinthian-Casuals who came off the bench to net the winner with twenty minutes left.

It could of been a different early on when a Johnny Ashman cross was handled in the box and Ashman stepped up to take the spot kick but it was saved by home keeper Adrian Darabant and the chance to take the lead was gone. The visitors were made to rue the miss on 16 when a corner wasn’t dealt with properly and it was played back to Dumitru Gritcan who stooped to head in to the net and put FCR in front. Picking the ball out of the net was as much as Montel Joseph had to do all game as Darabant was the busier of the two keepers as the game progressed. We were only behind for eight minutes when Abs Seymour was fouled close to the edge of the penalty area, the Barking skipper got up and planted a low powerful free kick into the net via the hands of Darabant. A cleared corner was played back to Sam Owusu and Seymour met his cross but could only direct the ball into the keepers hands. Sheri Artmeladze warmed the hands of Darabant with a shot that was turned over the bar as the visitors looked increasingly dangerous from corners and FCR had the last effort of the half but the shot was well wide of Joseph’s goal.

As with Tuesday nights game not a bad first half at all - however, would there be any nasty surprises for us in the second half.

Barking started after the break on the front foot: Jack Roult played in Nana Boakye-Yiadom but Darabant was out to him quickly and smothered the effort, then a Seymour free kick freed the striker again only for him to find the side netting as his efforts didn’t reap the rewards they deserved. FCR had one effort after a Ricky Tarbard slip but Daniel Flemming snuffed it out efficiently and they followed it up with a shot that Joseph comfortably saved. On 57 Michael Dixon replacing Roult and he immediately set Boakye-Yiadom up with a smart one-two but again the legs of Darabant denied him a goal. On 70 minutes the winner arrived and not unexpectedly it came from a corner, Ashman’s flag kick found the head of Michael Dixon who found the net through a crowd of players. 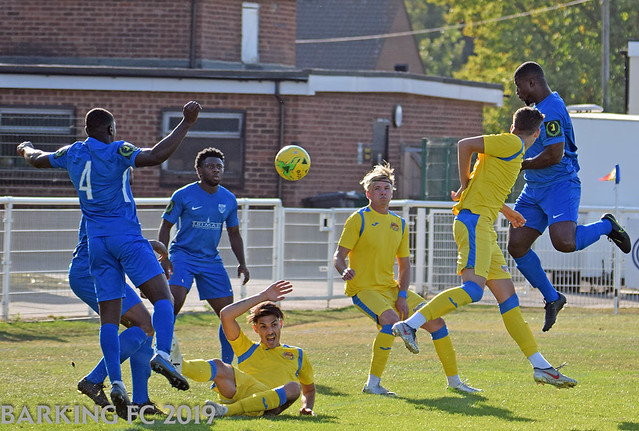 We came close to a third goal when a defensive clearance cannoned off Ricky Tarbard and hit the foot of the post and as our luck has been this season bounced away to safety. The woodwork saved FCR again when from a Jordan Peart throw Boakye-Yiadom unleashed a thunderbolt that crashed against the upright and yet again the rebound was nowhere near a blue shirt. A shot from distance by Tarbard was tipped over the bar by Darabant as we applied the pressure looking for the third goal to make sure of the points. Good work by Peart winning the ball and charging forward set Boakye-Yiadom through again but off balance his shot just missed the goal as a frustrating day for him continued. In the end Barking managed the game to the conclusion and claimed the three welcome points.

We now turn our attention to the Velocity trophy with two group games: first up is a visit to the Brentwood arena to take on Romford on Wednesday and two days later there is a rare Friday night game as we entertain Brentwood Town at Mayesbrook Park. Both games kick off at 7:45pm. 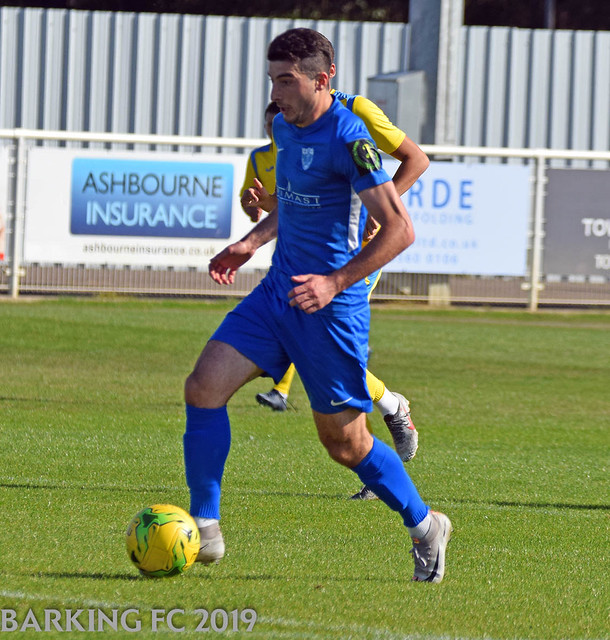