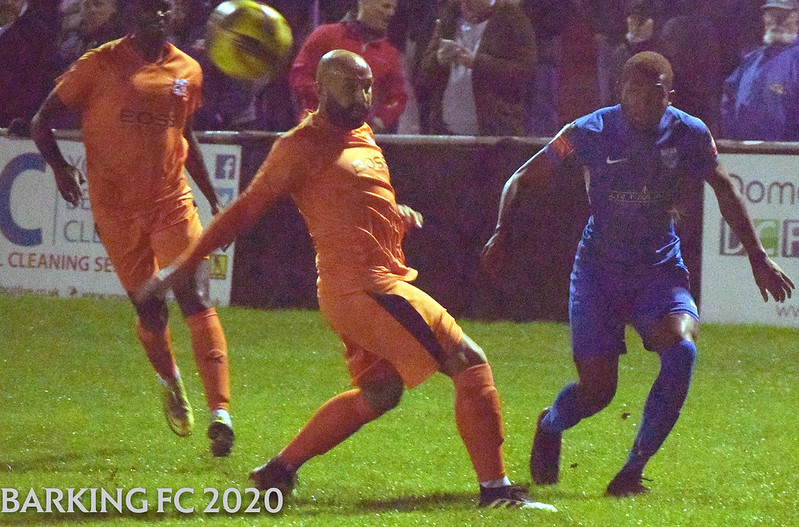 Unfortunately, despite an excellent first half performance tonight’s 160-mile round trip ended as a bridge too far for Barking and we bowed out of the FA Cup at the third qualifying round stage for the first time in 22 years.

With Joe Bruce, Albie Sheehan-Cozens and Jacob Adeyemi all unavailable a new centre half pairing was required and Dan Flemming and Jack Hayes who both have suffered pre-season injuries acquitted themselves well despite Flemming’s unfortunate own goal for Hartley’s equaliser. Giovanni Palmer made his first start of the season.

The game opened at a 100-mph pace with the home side’s Anis Nuur being prominent early on - however, after five minutes our first chance arrived from a Max Bradford corner, Dan Flemming fired over.  Seven minutes later a long throw caused problems for the home defence and Giovanni Palmer seized on the loose ball but his shot was saved at full length by the Row custodian Luke Williams. With both sides looking dangerous and forcing corners something had to give and on 19 Barking struck first: Max Bradford pirouetted away from two opponents and creates enough space to play Isaac Westendorf through and he manages to beat Williams to the ball and squeezes it into the net from an acute angle. 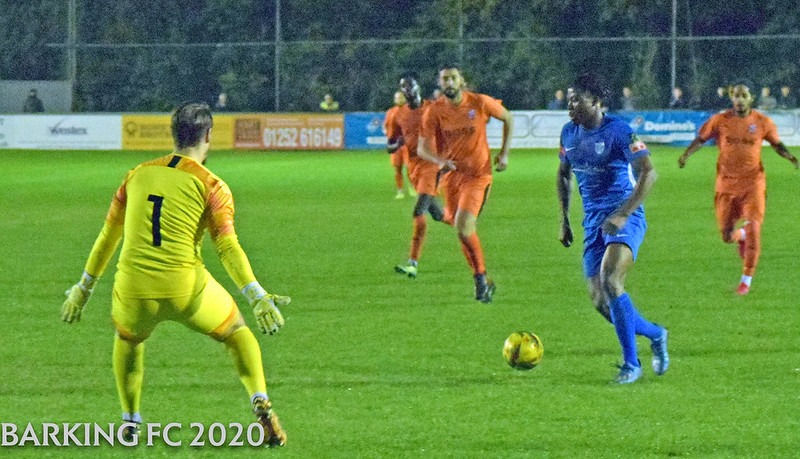 Hartley Wintney strike back and a mad scramble in our box leads to another corner and only a last-ditch clearance leads to another. Six minutes from the break and a slip from Jack Hayes is covered by Flemming - the pace of Fallah and Palmer continue to cause problems and the two combine again but Palmer’s shot is blocked. From the resulting corner Ben O’Brien’s goal bound header is cleared near the line by Dominic Griffiths. On the stroke of half time the hard working Westendorf harries Williams and wins the ball from him but his short pass to the well placed Fallah is intercepted.. 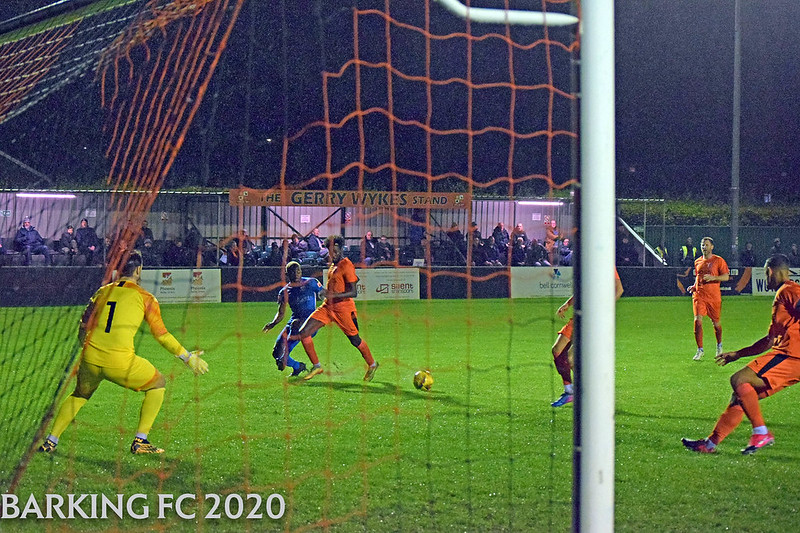 Reflecting on what followed half time did Barking a disservice as the home side no doubt roused by a few choice words came out a different team. An early free kick from Tyron Smith which briefly looked threatening was gathered by Manny Agboola - however, on 48 a long Smith corner was headed in to his own net by Flemming and the Row were level. Two minutes the comeback was complete from another corner this time from Tom Bird the ball was turned in from close range by Lukas Burt, but there was a clear foul on Agboola as the ball came across and despite the Barking keeper’s protestations the referee Mr Ablitt was unmoved and the goal stood. Just after the hour Kingsley Eshun ran down the Barking right and delivered the ball to Sam Argent who made no mistake to make it 3-1 and complete our misery.  From thereon the home side managed out the game effectively - although the Blues did not give up. Bradford finds Ricky Tarbard but he fires wide, then sub Junior Dadson frees fellow sub Michael Dixon but his goal bound shot is blocked by the outstretched legs of Williams. The last word belonged to Hartley Wintney as a shot by Toby Raggett was saved at full stretch by the fingertips of Agboola and even with four added minutes there were no real threats to either goal.

After exiting one FA competition we turn our attention to another: the FA Trophy and we entertain Harlow Town on Saturday afternoon in the Second Qualifying Round.