ATTACK OF THE TERRORS AT TOOTING

Barking’s suffered a second successive league defeat at high flying Tooting despite hitting the post twice, Sam Owusu’s second half dismissal finished off a gloomy wet afternoon in south London. Daniel Flemming marked his first start since October 8th with a goal as Joe Bruce was unavailable, Steven Sardinha formerly of Clapton and more lately Leatherhead made his first Barking appearance as s second half substitute.

As to be expected for a side starting the day fourth in the table Tooting pressured the Barking defence from the start and were a constant threat throughout the game - however, we held firm despite a succession of Tooting corners. We came closest to opening the scoring when Abs Seymour’s shot eluded home keeper James Shaw and smacked the post. Tooting’s persistence paid off on 39 when following another scramble around our area a shot from Danny Bassett was palmed away by Montel Joseph - making his first real save - the ball fell to the unmarked David Castanho who made no mistake. Five minutes later Barking were level as a Johnny Ashman free kick eventually found Max Bradford and with Tooting appealing for a non-existent foul his cross was headed home by Daniel Flemming and we went into the break all square. 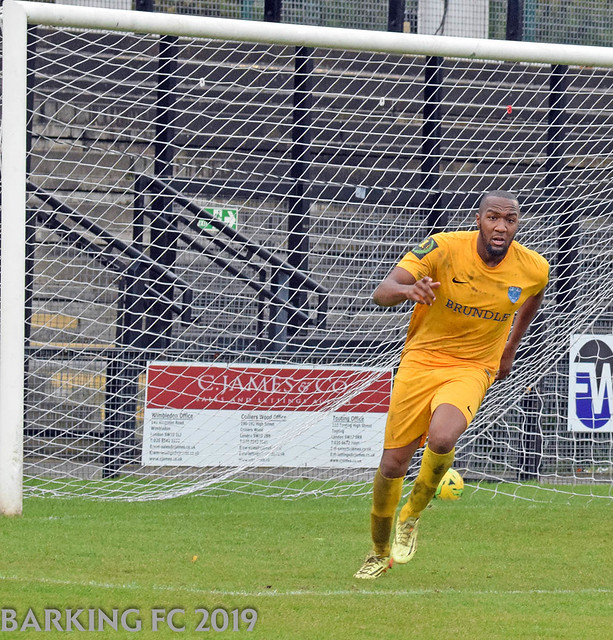 The opening second half exchanges mirrored the first but barking again we held firm and nearly took the lead as the home side again half stopped appealing for a handball against Sam Owusu and Seymour’s shot on the turn found the post and not the net.. Tooting scored their second on 54 when Danny Bassett fired in a powerful shot which Joseph got hands on but could not keep out and Shaw made an excellent one handed to deny Seymour who on another day may of had a hat trick. On 66 minutes Flemming whose lack of match fitness began to count against him and the subsequent reshuffle had Owusu move to right back and from this position he committed a bad challenge and was subsequently dismissed and Barking’s chances of salvaging something from the game went with him. Neither side could add further to their tally but Joseph did pull off a fine one handed save to deny the home side a third.

We now have a cup tie on Monday evening as we travel to Oakside to take on Redbridge in another senior cup this time and on Saturday afternoon it’s back to league action we entertain second from bottom Staines Town. 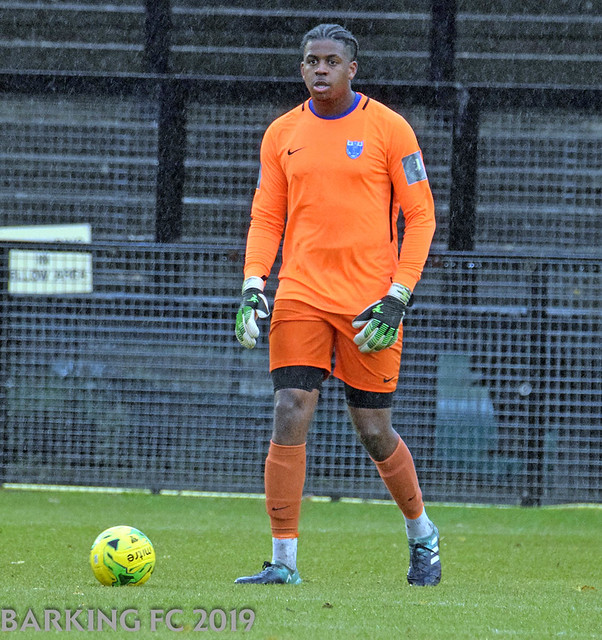