Barking went to Woking Park today to face league leaders Westfield who had not been beaten in their previous eight home league fixtures, at the end of the game they were no longer at the top of the summit and a Junior Dadson strike two minutes from half time and a second half defensive effort of herculean proportions ensured we left the points and Westfield slipped to third behind Hanwell Town and Ware. Also, it was our first “double” of the season and Westfield are probably glad to see the back of Barking and Junior Dadson in particular who has scored all three of our goals against them this season.

On the playing front we were without the injured Michael Dixion and Abs Seymour was starting a two match suspension, we also lost Daniel Flemming in the warm up. He was replaced by Jack Hayes who alongside Joe Bruce at the heart of our defence were superb in what was a great all round team performance.

As to be expected when playing the league leaders there was early pressure from Westfield as they were quick out of the blocks and on five a dangerous cross flashed across our goal. However, Barking responded well and in the next minute Junior Dadson takes ball off a defender and is through on goal only to be denied by the feet of Westfield’s man of the match Gary Ross and when the subsequent corner is scrambled towards goal Dadson is unable to get a final telling touch. A double setback for the home side on 15 when Max Blackmore is through on goal and Montel Joseph is able to smother his attempt. However, Blackmore is subsequently subbed and taken to hospital, requiring stitches for a gashed shin. The home side push on and a corner is cleared to the edge of the box but the Westfield volley is straight at Joseph - at the other end Dadson goes close again but his effort is blocked as is an acrobatic attempt by Sherri Artmeladze. A dangerous corner comes to our penalty but the turn and shot thankfully end up wide of the Barking goal. Twelve minutes from the interval Barking have their own dangerous corner which Joe Bruce crosses back to the feet of Johnny Ashman but Ross is able to dig out his powerful effort near the post. On 38 Westfield go closer still when sub Tinashe Nkoma cuts in from the right wing, his shot is blocked by Ricky Tarbard and the on target follow up is blocked by Max Bradford. Two minutes from half-time Barking strike the decisive blow: Dumebi GB-Dumaka’s through ball puts Junior Dadson in on goal and he smacks the ball home from outside the box past the advancing Ross for one nil and makes it on a personal level 14 goals for the season. 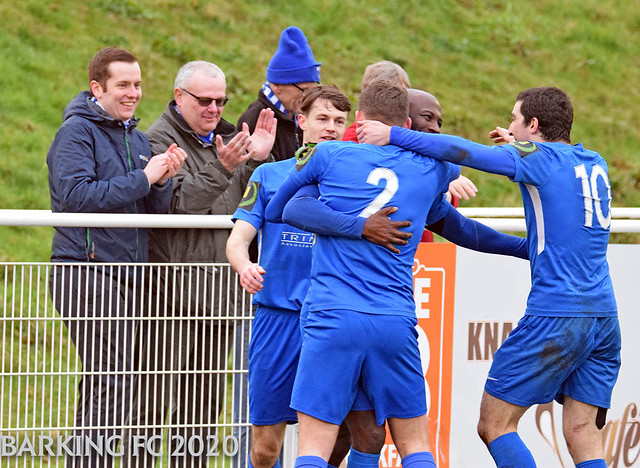 There was still time for one last chance from the home team when two minutes into time added on Youssef Bamba sneaks in on goal, although Joseph saves the shot the ball is creeping in but Tarbard clears the danger.

In the opening ten minutes of the second period Westfield enjoy a lot of possession but fail to test Joseph in the Barking goal. On the hour he is called into action to save with his feet from a home striker and two minutes the dangerous Nkoma sprints down our left wing and his near post cross is prodded wide by stretching attacker. On 67 a swerving free kick is just headed away from a close proximity to our goal and three minutes Joseph is cautioned and penalised for time wasting after holding on to the ball for too long. The indirect free kick inside the Barking penalty area is somehow scrambled to safety but not without some Westfield shouts for handball. Another free kick on 78: this time just outside of the area conceded for a foul by Jack Hayes hits the post, Joseph saves but the rebound is bundled home but thankfully the flag was up for offside. Two minutes later Barking are denied a goal when Dee Dumaka passes across the goal to sub Giovanni Palmer who sneaks the ball home from close range but it is ruled out by the assistant’s flag. With nine minutes remaining Nkoma again flashes a dangerous shot across our goal and with just minutes remaining a Westfield shot hits the woodwork: this time the crossbar and the rebound falls to a home player, but Sam Owusu puts his body on the line to block the shot and preserve our clean sheet. There were six minutes of added time but as with the previous 90 the Blues stood firm and even home keeper Ross had a trip into the visiting half but it was to no avail and we will probably not have a harder fought three points all season and it was our first away win of 2020 and the new decade.

We now take a breather as there is no midweek game and next Saturday, we are at home to FC Romania who are in trouble at the wrong end of the table one place and two points better off than bottom club Ashford Town, kick off is at the usual time of 3pm 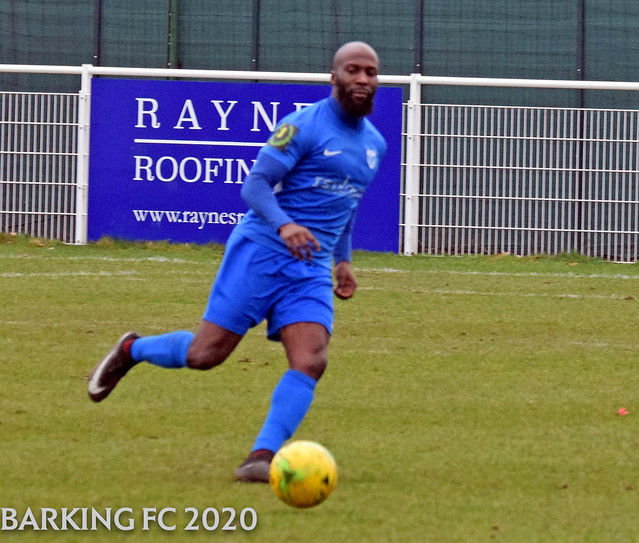