Barking won their third cup penalty shoot out of the season and qualified for the quarter finals of the Len Cordell memorial cup thanks to keeper Oli Pain who saved two Cockfosters penalties and then slotted home the winning kick himself. This was after Kieran Jones first ever senior goal gave Barking a half time lead which they failed to capitalise on in the second period.

This was only our second ever meeting with Cockfosters the first in October 2016 ended in a 3-2 defeat in a London Senior cup tie.

After seven minutes Barking thought they were ahead when an Johnny Ashman cross was headed home by Sam Owusu but was disallowed for offside. On 13 Owusu breaks away, crosses and finds Isaac Westendorf who produces some fancy footwork and a shot that is wide. Westendorf has our next chance when he fires in a shot which is turned over by home keeper Brad Robinson. Robinson on 16 when Kieran Jones breaks away to find Ashman and Robinson this time saves with his legs.  The home side show their first real threat on 22 when an unmarked attacker thankfully shoots straight at Oli Pain. Westendorf has Barking’s next chances when a shot is deflected wide for a corner and then denied by Robinson from a Dillon cross. With 31 gone, Barking take the lead: Ashman plays in Kieran Jones who slips the ball under Robinson and into the net.

The half ends with the home side on top when due to the gusting wind and an inability to clear their lines results in a shot which Pain clutches near the line. There is some wide open space in midfield which Cockfosters take advantage of and Pain is forced into another save with Owusu being on hand to clear the danger. In added time a Cockfosters free kick leads to a penalty appeal for handball and a shot which is wide of our goal.

The second half begins as the first ended with the home side in the ascendancy as Pain makes a great save from a diving header to preserve Barking’s slender lead. After that the game became “We attack/You attack’ but neither team had the cutting edge to make a breakthrough. Sub Albie Sheehan-Cozens interception and ball forward on 65 is latched onto by Westendorf but again the legs of Robinson denies the Barking forward. That save proved vital on 69 as  Cockfosters equalised when an unmarked Charlie Morgan heads home the equaliser from a corner. The game returned to the previous pattern but with two minutes left Jacob Adeyemi blocks a goalbound effort. So then it was onto the dreaded lottery of penalties.

Cockfosters went first with James Verney and Luke Marshall having their penalties saved by Oli Pain and Albie Sheehan-Cozens and Daniel Asiamah being denied by Brad Robinson.

After that we had twelve scored penalties although Pain did get his hand to two of the home sides efforts with George Beattie, Reece Mosanya, Matt Thomson, keeper Robinson, Carl Mullins and Reuben Campbell all successful for Cockfosters and Louis Dillon, Jess Norey, Brandon Gasper, Keaton Moore and Ricky Tarbard likewise for Barking. However, Lucas Schreiber stepped up to take penalty number 17 and was denied by Pain, who then beat Robinson to earn Barking a quarter final place and the congratulations of his team mates. 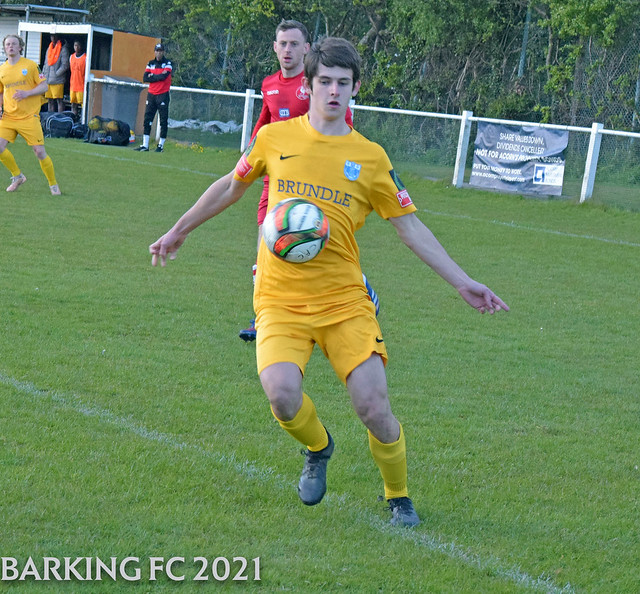