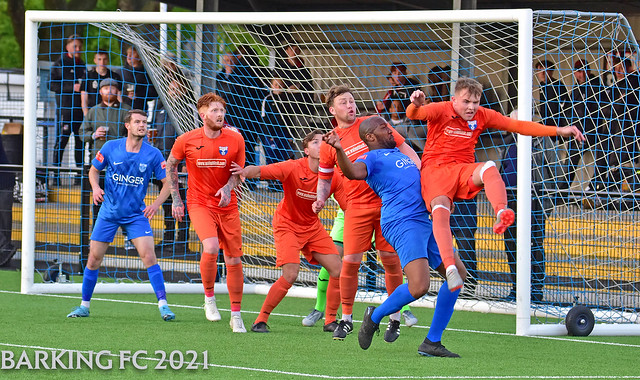 HOLLAND TOO MIGHTY FOR BARKING

Barking’s run in the Len Cordell Memorial Cup came to an end after a 1-0 defeat to Thurlow Nunn side Holland FC. The Blues mix of first-teamers and U23’s fell to a 22nd minute long-range free kick from Ruben Cowler but had chances of their own in a tight match with Kieran Jones missing a second-half penalty.

The first effort fell to Holland after three minutes but with the striker through on goal he blazed comfortably over the bar. Michael Tweed came close for the Blues after 8 minutes; he collected a scuffed clearance from the goalkeeper before showing skilful feet to jink past three players to find himself in on goal but his effort was too close to the goalkeeper. Holland opened the scoring after 22 minutes; Tweed was penalised for a push in the back 30 yards from goal and Ruben Cowler stepped up with a thunderbolt that flew into the top left corner of the net across Pain in goal. 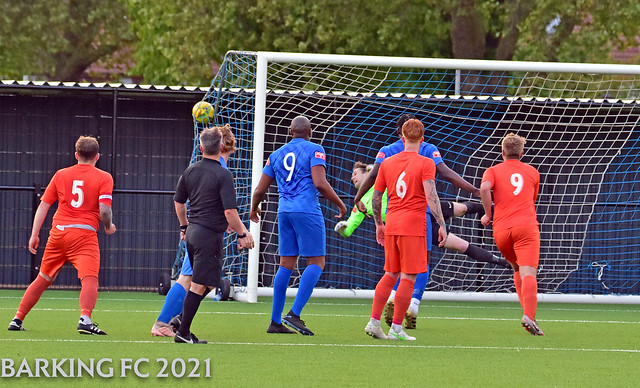 Barking continued to push forward but failed to create chances until just before half time; as a long throw by Ricky Tarbard fell to Johnny Ashman at the far post but his curling effort grazed the bar on its way over.

Barking started the second half on the front foot and had an early opportunity as Louis Dillon backheeled the ball to Johnny Ashman and his impressive outside of the foot cross found Kieran Jones free in the box but he couldn’t quite get his feet right to direct his acrobatic effort on target. Ten minutes later and Ashman and Jones combined again from a short corner, with Ashman’s attempted cross striking the hand of a Holland defender and the referee pointing to the spot. While there was no doubt it hit the hand of the defender, it was a harsh call considering the proximity of the defender and the power of the cross. The goalkeeper rendered these points moot however, as he guessed the right way to palm Jones’ penalty away to keep Holland in the lead. Barking continued to enjoy most of the ball without creating chances, but they did have the ball in the net after 74 minutes, as Isaac Westendorf chipped the ball home, but he was controversially ruled to be offside. 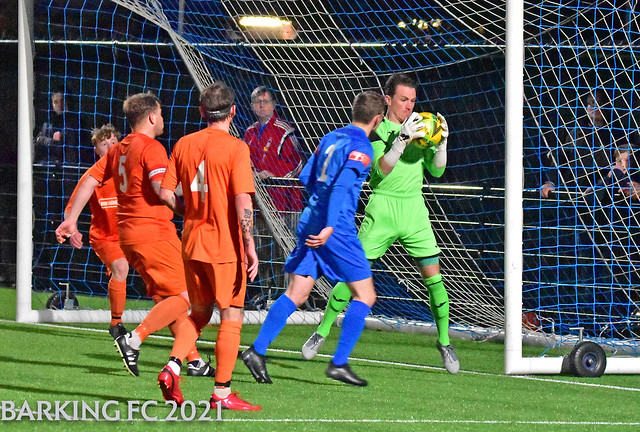 Holland stood firm for the last 15 minutes as Barking peppered the box without creating much in the way of notable chances, but it has still been a good tournament for the Blues, with a mixed squad of first-teamers and U23s.

What’s next? Well for Barking we now prepare for a new season back in the Isthmian League North Division and we will in due course be announcing a number of pre-season friendlies to aid this preparation. In the meantime, the club wishes their supporters a pleasant summer and looks forward to welcoming everyone back to Mayesbrook Park.