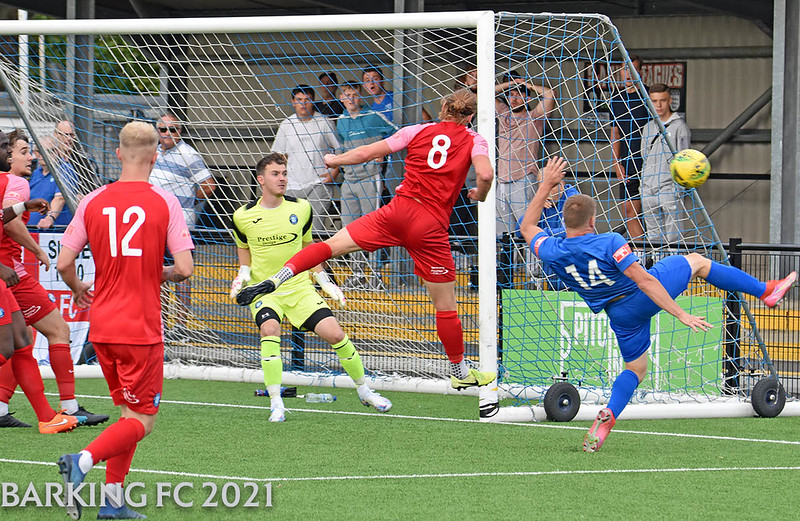 DUMPED OUT OF THE CUP BY DUNSTABLE

After Monday evening’s penalty heroics against Aveley, AFC Dunstable proved a step too far for the Blues as they fell to a 3-1 defeat in the second qualifying round of the FA Cup. A hat trick from Bernard Christie put Dunstable on their way before a late rocket by debutant Andre Gumbs provided scant consolation for the home side.

Barking started the better with the majority of possession but it was a long ball from Jacob Adeyemi that Dunstable failed to clear leaving Charlie MacDonald through on goal but he was forced wide and his effort was well saved. Barking continued to have more of the ball but errant passing meant they were unable to capitalise and they were punished for this after 39 minutes as Bernard Christie slid in to turn home a dangerous left wing cross. Barking can’t say they weren’t warned as the assisting winger had hit the post two minutes earlier. 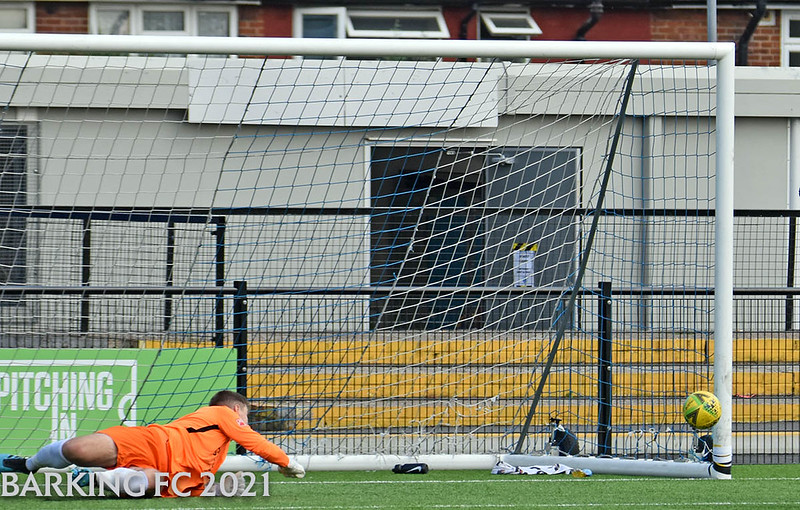 Barking started the second half in the ascendancy but were punished for early over committing after 52 minutes as a through ball exposed the defence and Bernard Christie had all the time to slot home. It took another 20 minutes for the Blues to challenge the Dunstable goalkeeper as he palmed away a deflected George Purcell effort from outside of the box. Bernard Christie added further insult to injury late on as he capitalised on an Eliot Omozusi slip to make it 3-0.

There was something for Barking fans to shout about as midfield debutant Andre Gumbs struck a wonder goal from 25 yards and Barking continued to push forward but our FA Cup run is over for another year.