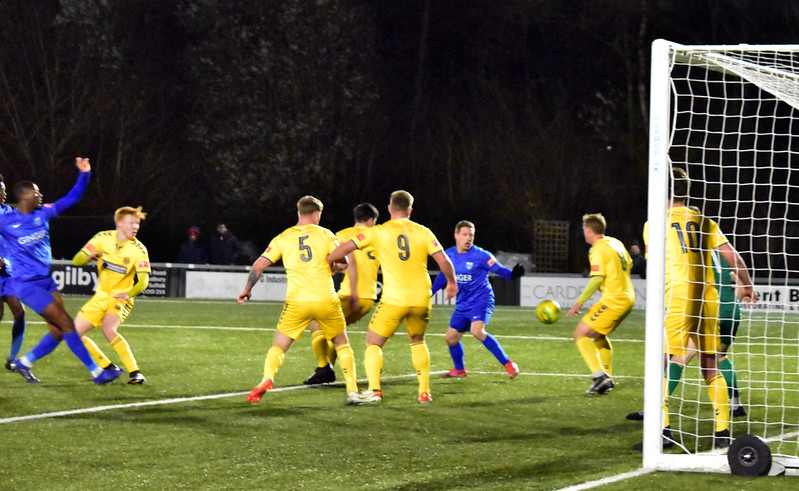 A single goal from a superbly taken Sudbury free kick in the first half was enough to account for a battling Barking side, although the Blues rallied in the second half, they could not convert any of their chances into goals. Charlie Heatley had the ball in the net on two occasions but they were disallowed for offside. Overall, this was a much better performance than our last trip to Suffolk only a couple of Saturday’s ago.

Sudbury included George Purcell who signed for them on Thursday and made his debut against the team he just left.

The first half was a story of Barking conceding too many free kicks and corners and not enjoying enough possession in the final third of the pitch. The pattern started as early as the ninth minute when a Sudbury free kick sailed over our bar and a slew of corners followed but they came to nothing. On 17 a Barking clearance (from a free kick) is recycled to Joshua Stokes but he can only hit the netting behind the goal. Eleven minutes later another Sudbury free kick is met by a home head but Eddie Allan is down to turn the ball away. Eight minutes from the break we are forced into a change when Elliot Omozusi is replaced by 19 year old Kenidi Dariri making his first appearance of the season. Barely a minute later Sudbury are in front when a free kick to the left of our goal was expertly curled past Allan by Luke Hipkin and into the corner of the net. The 44th minute sees Barking have the ball in the net when Charlie Heatley follows up Kieran Jones’ shot which had been saved by home keeper Alfie Stronge, but the strike is disallowed for offside.

After the break Ayo Odukoya replaced Darnell Goather-Braithwaite as Barking attempt to impose themselves on the game. Nine minutes into the second half and Heatley had the ball in the net again and again it was disallowed for offside – although this did look a closer call as the ball did appear to be knocked on to him by a home defender. A good interchange between Jones and Heatley ends with Jones firing in a goal bound looking shot which was cleared. A defensive lapse by Sudbury on 68 lets in Jones but Stronge is quick from his line and blocks the Blues midfielder’s shot. Although the home side are pushing for a second resolute defending from the visitors means Eddie Allan has little to do – however, Barking are still a goal adrift. The golden chance we needed to grab arrives on 72 when Dariri sets up Jones for an inviting cross but Odukoya fails to get the telling contact and the opportunity goes begging. 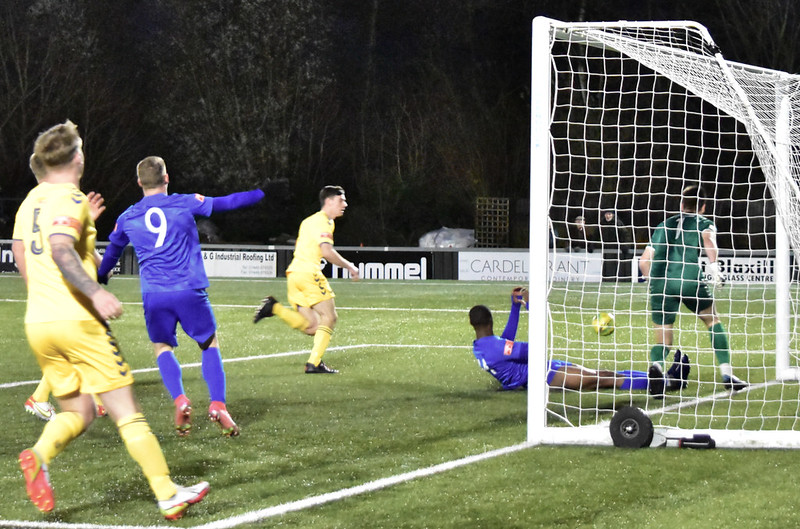 In the last minute of normal time Sak Hassan’s cross is laid back by Heatley to Jones, but he cannot keep his shot down and the ball flies over. Despite five additional minutes neither side can make any impression and our wait for a league win goes on.

Tuesday evening sees a return to Mayesbrook Park to take on Brentwood Town who have former Barking manager Rod Stringer in charge. Kick-off is at 7:45pm. 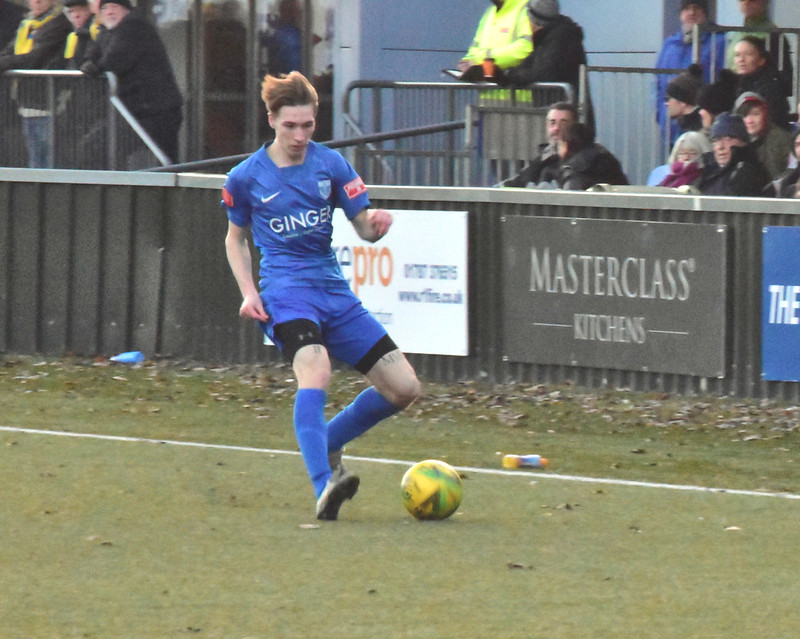