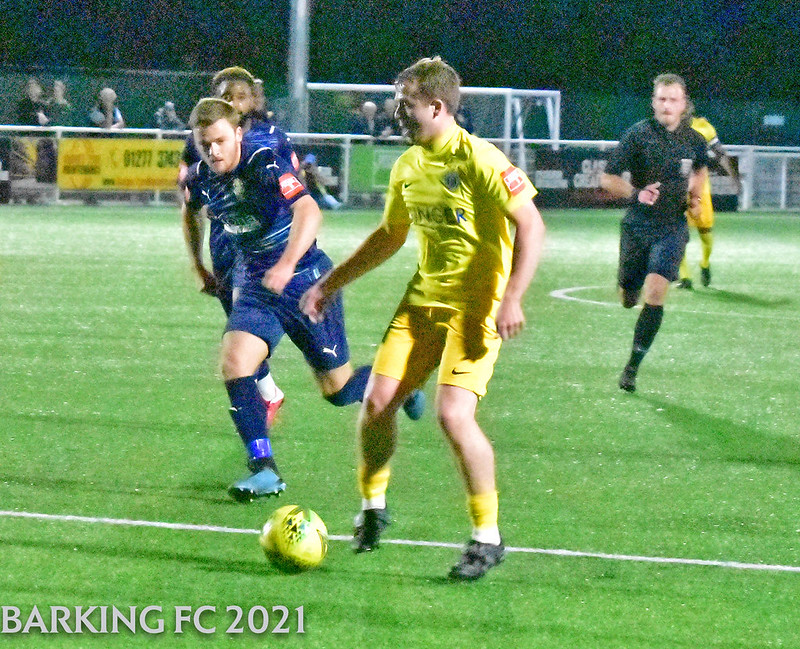 AVELEY PAY THE PENALTY AS BARKING TURN THE CORNER

If you look up smash and grab in the dictionary you might just see this game mentioned in the definition as somehow Barking managed to come through this FA cup replay on penalties against an Aveley side who led through for more than three quarters of the game. The game culminated with the yellow shirted Blues triumphed on penalties and 18 year old Tom Salter scoring the winning spot kick to send his team into the second qualifying round. This was Barking’s fourth penalty shoot out win on the trot.

Due to injuries and unavailability Justin Gardner had to shuffle his pack with Flavio Jumo normally a midfielder having to fill in at right back in a makeshift back four playing together for the first time.

The match began with Aveley stroking the ball around and putting early pressure on the visitors as they looked to finish what they started last Tuesday. They are nearly rewarded on seven minutes when Jacob Adeyemi blocks a shot from Manny Ogunrinde and this produces the first of many corners for the home side. Barking manage to create a chance when Osa Otote and Georgie Fairhead find George Purcell but his effort is blocked. Twelve minutes have elapsed and Aveley move in front from a corner Tom Anderson is afforded the time and space to beat James Shaw and the visitors are a goal behind. Three minutes later and Alex Akrofi is fouled by Shaw and the home side have a penalty, Shad Ngandu’s stuttering run up doesn’t fool Shaw and the Barking keeper smothers the ball.  Barking then had their best chance so far on 22 when Barney Williams shot beats David Hughes in the Aveley goal but smacks the post and bounces to safety. 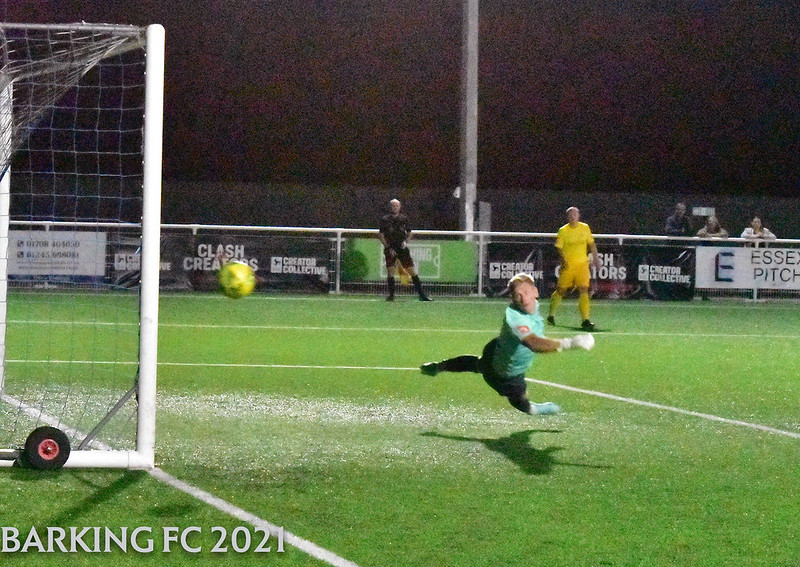 Otote sets up the next chance for Purcell but his effort is turned away by Hughes and the resulting goes all the way over to Purcell whose shot this time is deflected wide. The remainder of the first half belongs to Aveley as the buzz dangerously around our area and a dangerous looking break forward from Ogunrinde ends with the Aveley wide player thankfully only finding the side netting. Bariking have one chance during this period as Kieran Jones frees Daniel McCullock, but Hughes is quickly from his line to collect the ball. On the stroke of half time from another dangerous corner Ogunrinde heads wide.

The second half starts with the home side on the front foot again with Barking conceding a corner which then becomes another and then shortly after another pair of corners. If the game had been decided on corners then Aveley’s winning margin would of been huge. The yellows survive and on 56 Purell is in on goal thanks to McCullock and he rounds Hughes, slots the ball home and then finds he is offside. The game settles into a pattern of both sides trying and failing to fashion any chances of note. With 20 minutes left Barking gamble by bringing on two strikers MacDonald and Heatley replacing Otote and McCullock. As time ebbs away Barking seem to rally: another sub Tom Salter plays in Purcell and his shot is deflected wide again, the former Hornchurch man really did not get much reward for his evening’s work. After four minutes of added time the visitors are awarded a free kick for a foul on MacDonald, Shaw launches the ball into a crowded Aveley area and a defensive header falls to MacDonald who sets Charlie Heatley to slide the ball into the net and the Blues are level. Shortly after the restart the referee blows for full time. 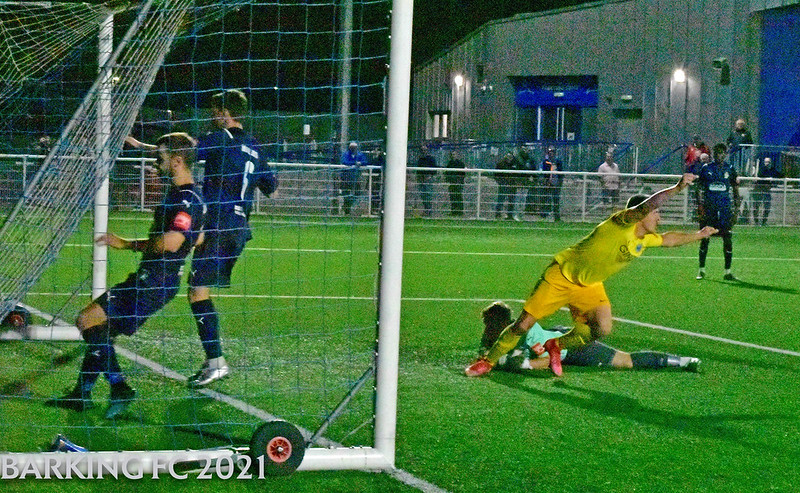 The additional thirty minutes seem to whizz by and there are only two real chances: after five minutes Salter wins the ball and fires in a shot which Hughes gets a touch to, it hits the underside of the bar and bounces away. A great shot and a great save.

Aveley nearly emulate Barking’s late goal with 45 seconds left when Freddie Gard’s free kick is superbly turned away by Shaw and the game moves on to the dreaded penalty shoot out.

The Millers went first and Ngandu gets his stuttering run up right and leaves Shaw standing to put his side ahead, the next four penalties are all scored: MacDonald, Heatley and Purcell for Barking and Gard and keeper Hughes for Aveley. Jon Nzengo steps up and as always there has to be somebody who misses and his shot blazed over the bar, Williams and Jason Ring continued to score and level the scoring at 4-4. Tom Salter comes forward and he keeps his cool to win the shoot out 5-4 and send the Blues into the second qualifying round.

We now face AFC Dunstable at Mayesbrook Park this coming Saturday with a 3pm kick off. 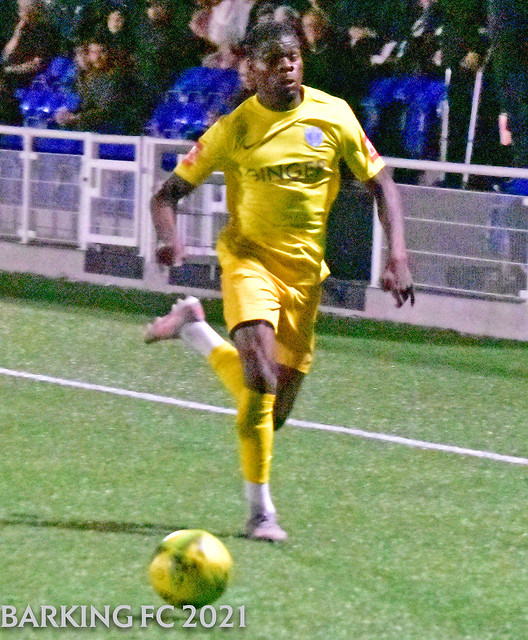