BARKING MADE TO PAY THE PENALTY

Aveley exacted full revenge for their FA Cup exit sweeping aside a Barking team who defensively were poor and offered virtually nothing going forward. That is to take nothing away from the home side who brought all their attacking power to the fore and the winning margin may have been greater. It was a miserable evening for anyone of the Barking persuasion.

The early pattern was the same as the previous two meetings with Aveley retaining possession and this brought a chance on three minutes for Manny Ogunrinde but he shoots straight at James Shaw, three minutes later a dangerous free kick by Alex Akrofi taken very close to our penalty area clears the bar.  Any let off was only temporary when on 14 minutes the Millers have a spot kick as Elliot Omozumi fouls George Sykes and Shad Ngandu has another chance to perfect his stuttering run up and puts the ball past Shaw. 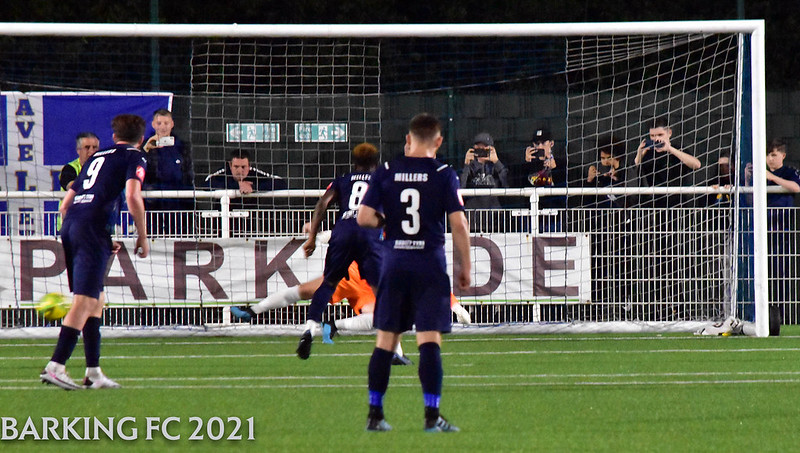 Barking are now on the back foot and two minutes later Ogunrinde puts the ball on top of the net and thankfully not in the back of it. It takes until the 26th minutes for Barking to register some sort of chance but the efforts of Daniel McCullock, George Purcell and Charlie MacDonald came to nothing.  The home side score a second on 30 minutes when Omozumi fails to deal with the danger and Sykes is left an easy chance to lob the ball over the advancing Shaw who ls left both stranded and fuming. Just before the break a decent McCullock cross is just missed by MacDonald and a home defender and the pace beats the waiting Osa Otete.

At half time Barking make a change with Charlie Heatley replacing McCullock but the die that had been cast in the first half continued uninterrupted. Ogunrinde on 50 delivers a piercing cross that eludes everybody.  Otete latches on to a loose ball on 65 and plays in MacDonald but he cannot get any real power on his effort and home keeper David Hughes saves easily. A few minutes later there is a free kick from Barney Williams, but it goes wide and Hughes is left untroubled. In truth not, a lot happens as the game moves towards its final stages and that will provide more misery for the visitors. With ten minutes left Peter Ojemen having been booked for a skirmish in the first half mistakes Ogunrinde’s head for the ball and receives a second yellow card along with an invitation to leave the field early. Akrofi as in the first half curls the resulting free kick over the bar.  Aveley are awarded another penalty when Williams takes out Ogunrinde and this time Akrofi is the taker and he lashes the ball high into the net for 3-0 with two minutes of normal time remaining.

In the fourth minute of added time Ogunrinde has the time and space to fire home Aveley’s fourth goal and round off proceedings.

As there is no midweek game Barking return to action against Witham Town next Saturday and we will be looking for our first league victory over the team from Spa Road since May 2000. 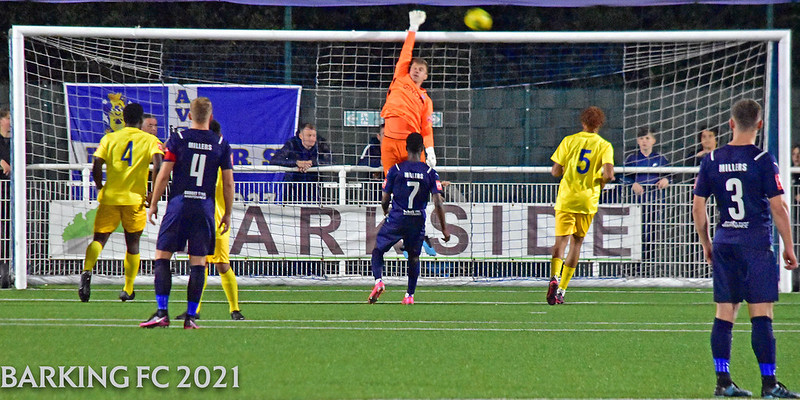