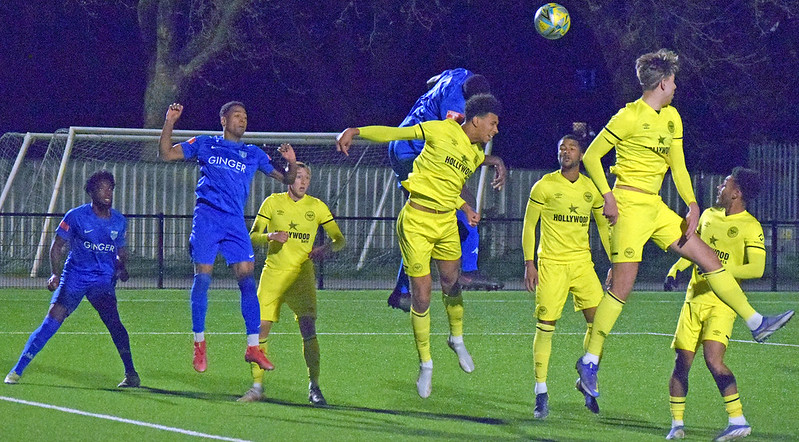 THE B’s OF BRENTFORD BUZZ INTO THE FINAL

As to be expected the young professionals of premier league Brentford’s ‘B” team were too much for Barking who as to be as expected with such an important run of league games upcoming the Barking team showed several changes from Saturday’s dramatic draw with Stowmarket Town.

This was the first time we have played Brentford in a competitive fixture since our predecessors Barking Woodville met them in two London League matches of the late 1890s.

Incidentally the last time we reached this stage of the London Senior cup we also lost 4-0 at Mayesbrook Park to eventual winners Tooting & Mitcham United, maybe history will be repeated.

As predicted in his preview Charlie MacDonald was correct that would be a keep ball exercise for our professional opponents and that is how the game unfolded and they were near enough always two yards quicker than our team and possessed the ability to turn a bad ball into a good one. Two players from the opposition caught the eye: Lewis Gordon was a continual threat to our goal and Tristan Crama scorer of the third goal until his substitution was another source of danger.

As for Barking they never gave up and kept going right until the end for what must have been a frustrating evening continually chasing the ball and not enjoying much possession when they did finally manage to get hold of it. But except for one yellow card for Ben O’Brien there were no frayed tempers or acts of petulance which is a credit to their attitude.

The die was cast early on and apart from an early corner there was nothing much doing from the Mayesbrook Men. With 18 gone the ball is picked up in midfield and the ball is played forward in double quick time to Dom Jefferies who shoots but James Shaw does well to keep it out. This is only a temporary reprieve and as expected Brentford move ahead on 28 minutes when a cross from Crama is met by the head of Alex Gilbert who has made enough space to head past Shaw to give his side the lead. There is no let up from the visitors as they continue to press home their advantage but Shaw remains untroubled as does Ben Winterbottom in the Brentford goal. Brentford double their lead on 37 when they turn what was a loose piece of play at the back into a break away and Jefferies delivers a dangerous cross which Kenidi Dariri has to get something on the ball but unfortunately turns it into his own net. Just before the break Barking have their spell as they force a free kick and a couple of corners which culminate with Osa Otote shooting but Winterbottom gets behind the ball and smothers the danger. 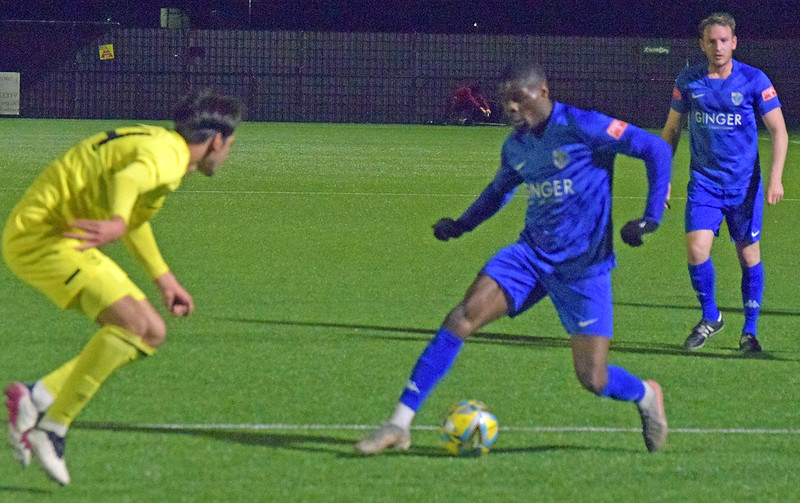 After the interval the pattern of play continues unabated and Brentford score twice more to seal their passage to the final. Shaw makes an early good save but the Brentford player is offside. After 57 it is 3-0 as a Gilbert corner is met by Crama who beats Shaw from close range. Eighteen minutes from time Brentford make it four as Hans Mpongo converts a cross from sub Wraynel Hercules and again makes it look very easy. After that the game was really over (if it wasn’t already) and although Brentford continue to pass the ball and maintain the lion’s share of possession Barking do have a late rally but Brentford close ranks and there is no real sight of Winterbottom’s goal.

It is back to the Isthmian League on Saturday and we entertain Felixstowe & Walton United for a game where both teams are seeking three points but for differing reasons. 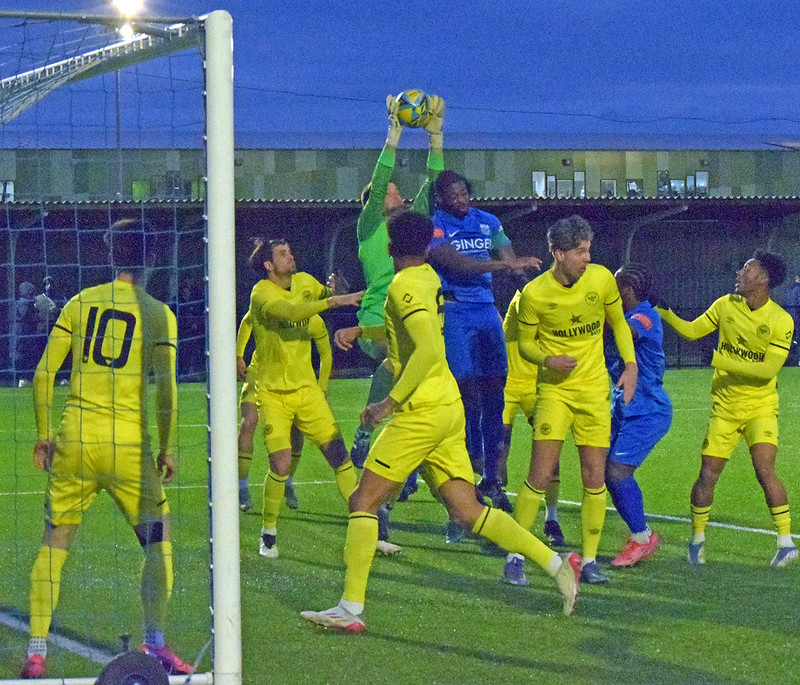