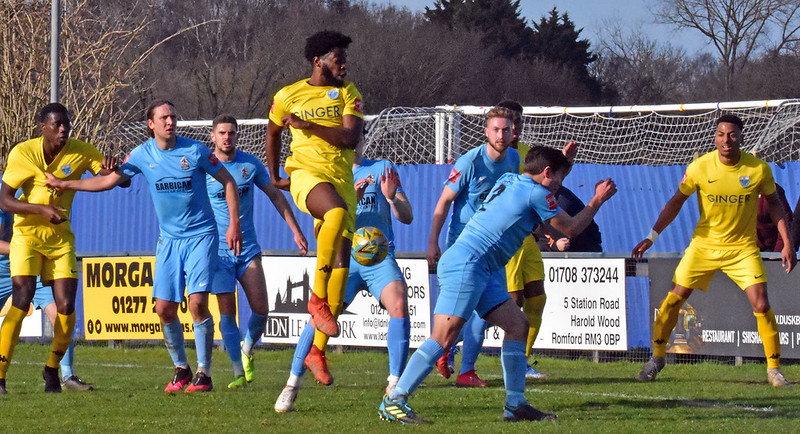 It was déjà vu for Barking as they fell to a narrow defeat against playoff contenders Brentwood Town after an early Rob Harvey goal secured all three points for the home side and condemned us to our third successive league defeat at the Arena by a single goal.

The Blues gave four players league debuts, Finley Thackway deputised for the suspended James Shaw in goal, and there were also debuts for Kyrique Garvey-Williams Ryan Richefond. and Markos Tourakis,

Finley Thackway was called into action early on as Andrew Freeman latched onto a direct through ball but and launched a powerful effort which Thackway managed to touch onto the bar. Thackway didn’t have a chance however after 11 minutes as another ball from deep found Rob Harvey, who controlled well before cutting back onto his right foot and curling the ball across Thackway into the bottom corner of the net to give Brentwood the lead. 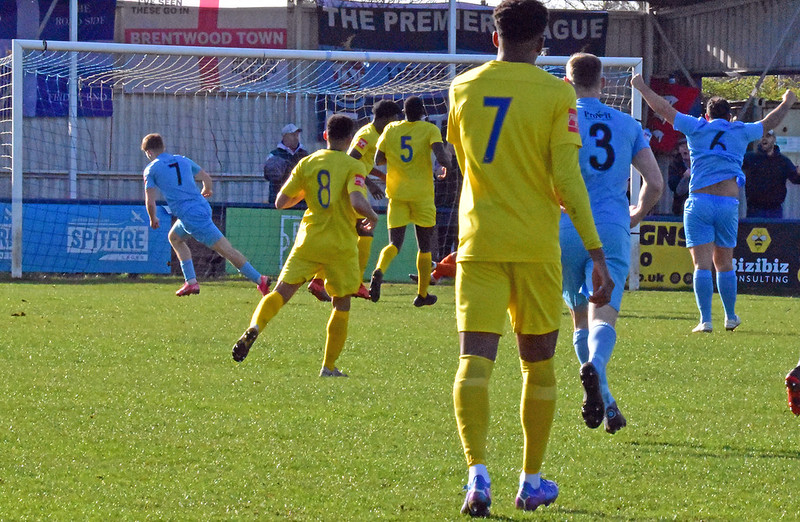 The Yellows soaked up some pressure afterwards but it was the Brentwood keeper called into action next after 27 minutes as Kieran Jones drove down the left wing of the box before cutting back to Richefond but his effort back across goal was palmed away by Harry Girling. Girling didn’t know much about his next save after 34 minutes as a corner scramble found Adeyemi Ayodele at the far post, but his header deflected off Girling and trickled away for a corner. 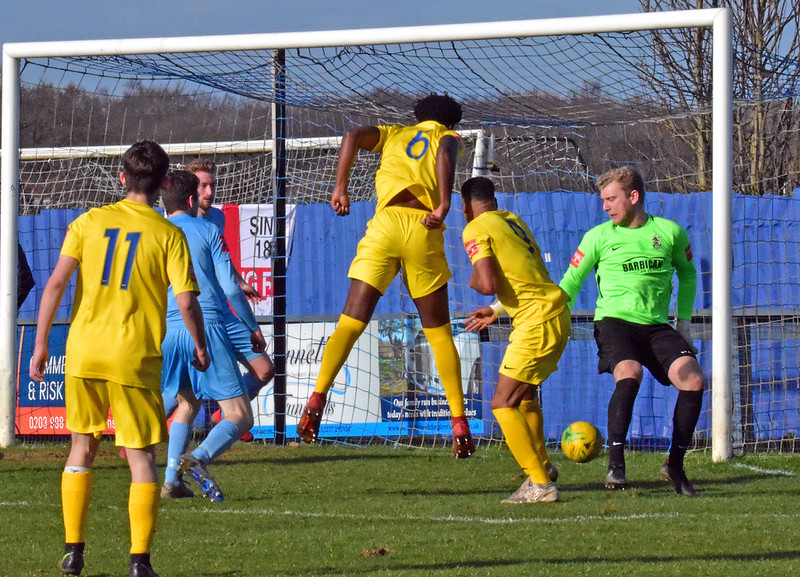 Thackway was the last goalkeeper called into action in the first half as a Jai Reason free kick evaded everyone and nearly trickled home before Thackway palmed it away from danger.

The Yellows went close just after the restart and nearly got a fortunate equaliser – Troy Walters cut in from the left wing and his curled effort seemed to be going wide – with Girling letting the ball go but the ball hit a bobble and nearly found crept in with the sort of spin that Shane Warne would have been proud of. Walters had another chance after 55 minutes as Neville Rivelinonza managed to claw the ball away from a defender before squaring to him, but Brentwood recovered well to block. Brentwood were still very dangerous on the counter and reminded Barking of this minutes later as they countered down the right wing but thankfully the squared ball was behind the Brentwood attacker. Both sides continued to push forward but failed to show any quality in front of goal – it took until the 84th minute for another chance of note as a shot from 20 yards from Kieran Jones had Girling scrambling across his line, but the ball flashed wide of the post. The Yellows pushed forward in a desperate search for an equaliser but found the impressive Brentwood backline difficult to break down. 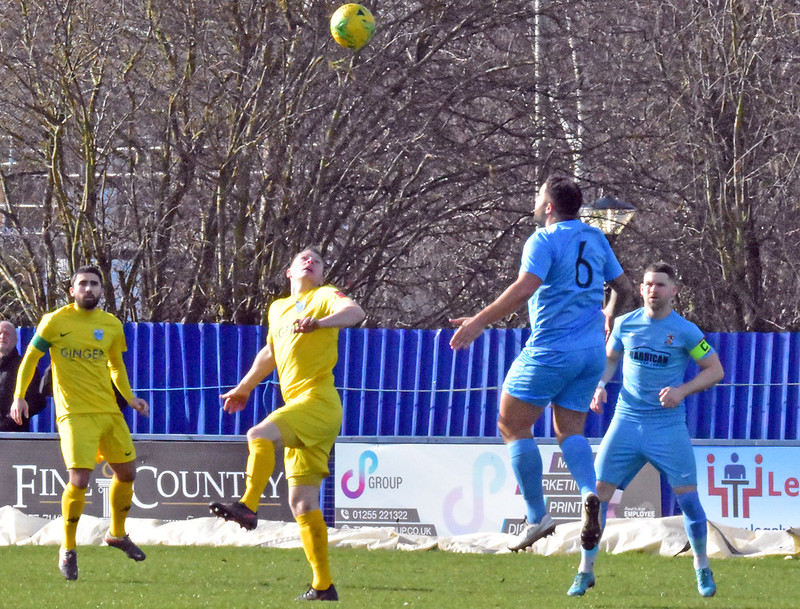