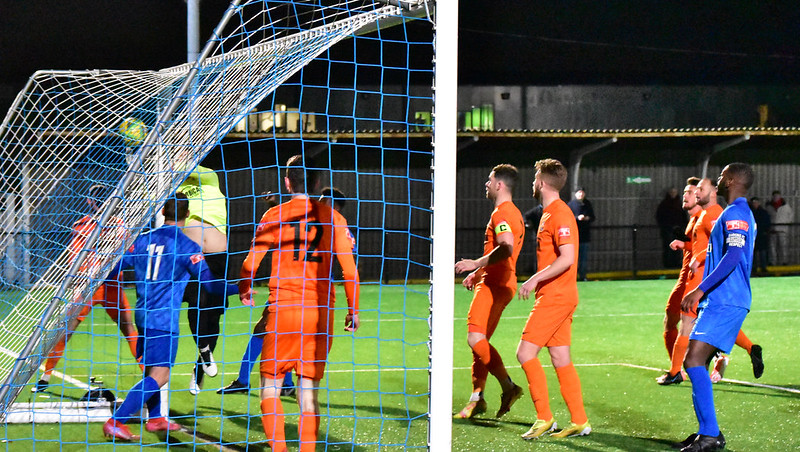 On reaching the interval at a freezing Mayesbrook Park a point looked unlikely despite the Blues not playing that badly, in form Brentwood held a three goal lead. But we have been here before on December 5th 2017 Brentwood led 3-0 with goals from Matt Price, Matt Hall and Izzy Bademoisi with just over a half hour left, but goals from Hussain Jaffa, Abs Seymour and a 94th minute equaliser from Kiernan Hughes-Mason rescued a point. Brentwood had in goal Ollie Bowles who was at the opposite end for Barking that night.

Back to tonight and two Charlie Heatley goals with a 91st minute equaliser from James Folkes showed that lightning sometimes does strike twice.

Jacob Adeyemi returned to the bench as did Tom Salter after his brief stay with Aveley and with fellow sub Osa Otete helped push Barking forward in a much improved second half performance.

The game from a Barking perspective got off to the worst possible start as they were behind after three minutes when Harvey Browne commits a foul and the referee points to the spot. Although Tom Richardson slips as he takes the kick, it’s still enough to send Eddie Allan the wrong way and put the visitors ahead. Brentwood double their lead on 12 as there is a failure to retain the ball near our penalty area and a shot is fired in which Allan spills and Ashley Nzala has the simplest of opportunities to score. Barking come back into the game and Kenidi Dariri on his full debut sends in a delightful cross which Ayo Odukoya meets but cannot keep his shot down and it flies over the bar. A foul on Dariri gives Barking their next chance as the free kick is played short to Kieran Jones who in turn finds Charlie Heatley but his shot is off target. However, all this good play is for nothing on the half hour as Brentwood force a corner which finds Richardson and he places the ball past Allan for 3-0. Five minutes from the break Jess Norey is played in on goal but Ollie Bowles is quick to block his shot.

There is a change made at the start of the second half with Osa Otete replacing Odukoya and within two minutes the sub wriggles his way through to fire in a shot which is wide. Barking are delivering some dangerous crosses through Dariri, Sak Hassan and Browne but they can’t quite fashion a telling chance. It is Brentwood though who have the next chance: from a corner Richardson appears to be on his own but his header is safely gathered by Allan, On 68 the game definitely looks up as the ball strikes the outstretched hand of James Folkes and the referee points to the spot again. Again, Richardson is the taker but Allan guesses right to get down and beat the ball away – from what transpires thereafter this is the turning point of the game. With 75 on the clock our second sub Tom Salter drives forward to find fellow sub Otete who in turn drives into the box only to be tackled but the ball bounces invitingly to Charlie Heatley who fires past Bowles to put Barking on the scoresheet.

The home side start to build momentum and Heatley carves his own chance by winning back the ball and firing in a shot which is wide of the goal. The comeback is definitely on eight minutes from time as Heatley is brought down in the box and for the third time the referee gives a penalty. Charlie Heatley keeps his cool, beats Bowles and cranks up the pressure on Brentwood. 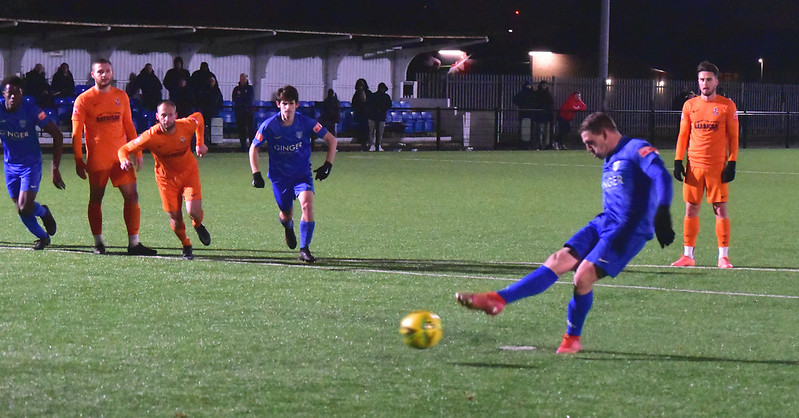 It is all Barking now – Bowles turns behind a Norey shot at the expense of a corner from which a Joe Wicks shot which looks goal bound is blocked. With three minutes left Salter twists and turns to deliver a cross from which Dariri meets but his shot is just wide of the goal and in the 89th minute Barking pressure brings two corners and from the second Browne sees his shot plucked from the air by Bowles. In the first minute of added time what was unthinkable at half time occurs – Otote chases down a lost cause and forces a Brentwood defender to hook the ball out for a corner, Jones takes the flag kick and it beats keeper and defenders alike and the head of James Folkes does the rest to make it 3-3. 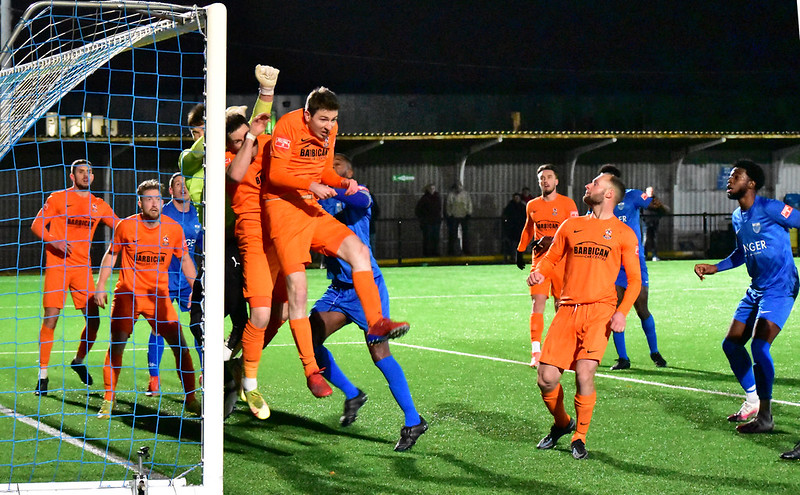 Brentwood just have time to restart the game as the referee brings the game to an end and hopefully much encouragement can be taken from the fightback and the result.

We are at home on Saturday to Hullbridge Sports who have yet to win in the league this season and we are without a win since September – kick off is 3pm. 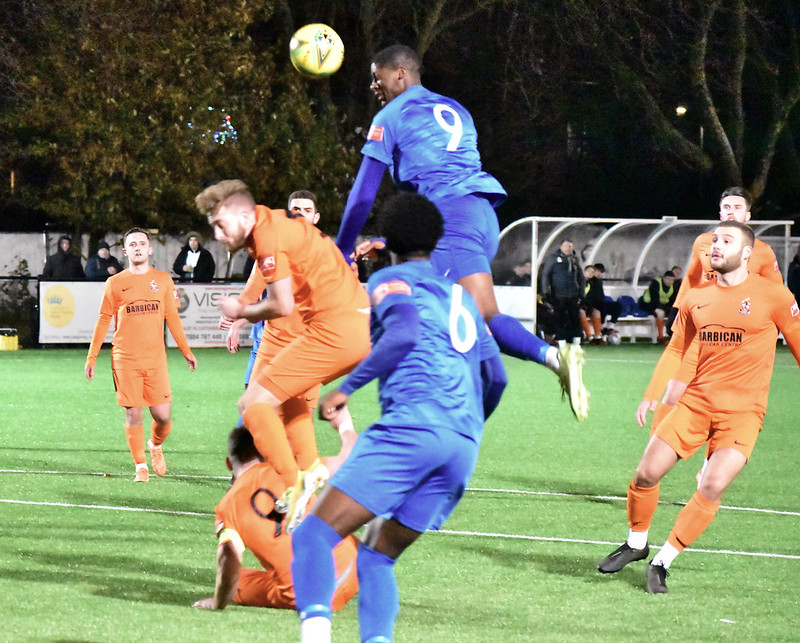