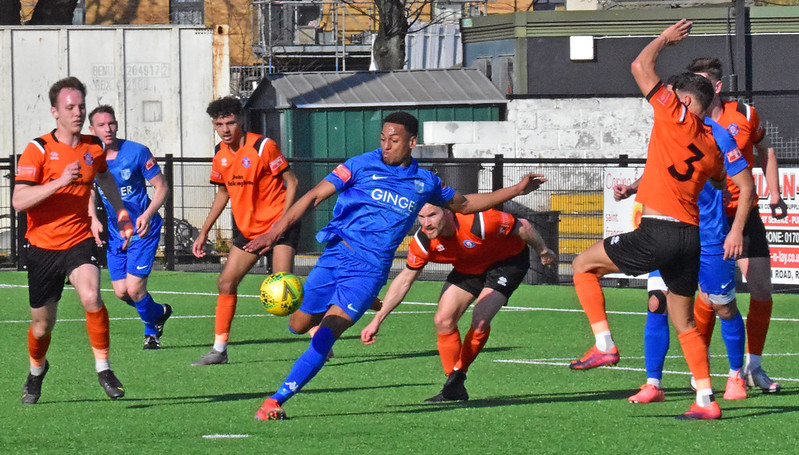 ONE IS BETTER THAN NONE

Barking earned a well deserved point at home to Bury Town with a 2-2 draw, all goals came in the first half: Barney Williams opened the scoring from the spot before the Blues were pegged back by two Cemal Ramadan goals before Marcos Touroukis bought Barking back level.

Barking had the lead after 16 minutes after some early Bury pressure as Kieran Jones was tugged to the ground in the box. Barney Williams stepped up and sent Bury keeper Lewis Ridd the wrong way as the ball nestled in the bottom left corner. 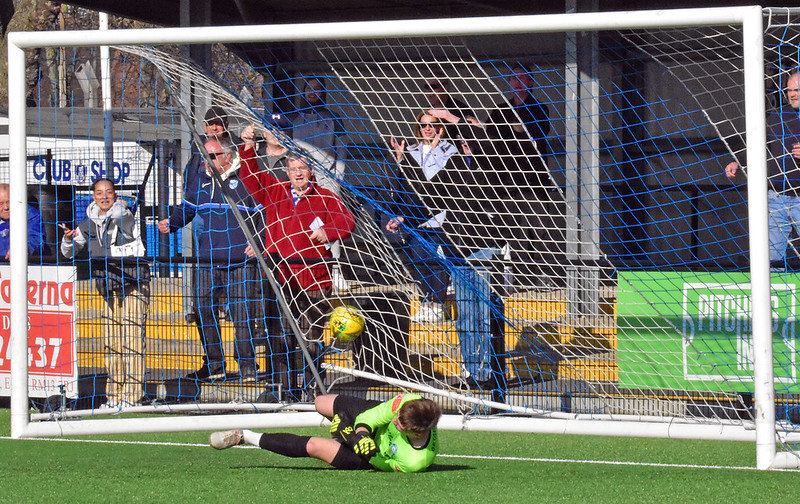 The lead only lasted eight minutes however as Cemal Ramadan tapped home from a low cross from the left wing. He got his second after 34 minutes as a Markos Touroukis foul in the box led to the second penalty of the game – Ramadan stepped up and despite Finlay Thackway saving with his feet but the ball fell invitingly back to Ramadan and he again had an easy tap-in. 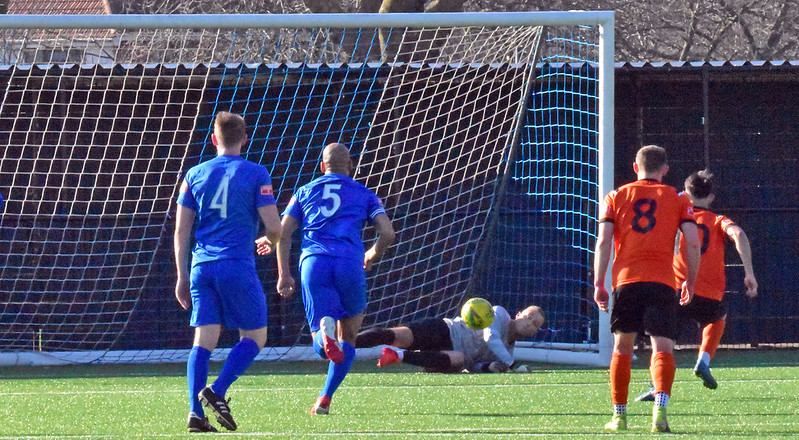 Barking got their equaliser as half time approached: after some liquid football Elliot Omozusi drove forward with the ball before sliding a perfect through ball to Markos Touroukis who took one touch before powering the ball home past Ridd.

The second half was much less eventful – Troy Walters went close after 60 minutes but his attempt from a narrow angle crept past the far post. 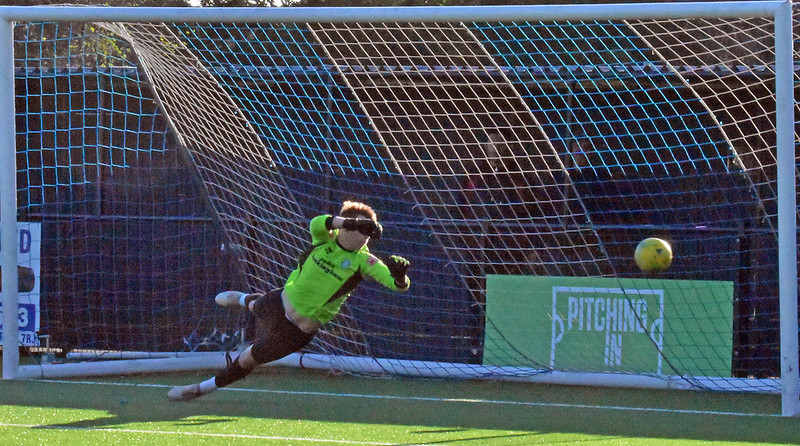 Both sides pushed forward without testing either keeper – Bury went close after 85 minutes with a glancing header and there were a few late penalty shouts for the Blues after some tangles in the box and one in particular left Omozusi on the floor but the points were shared.

We take up our travels on Tuesday evening as it’s off to Norfolk for the rearranged away league game against Dereham Town with the usual 7:45pm kick off. 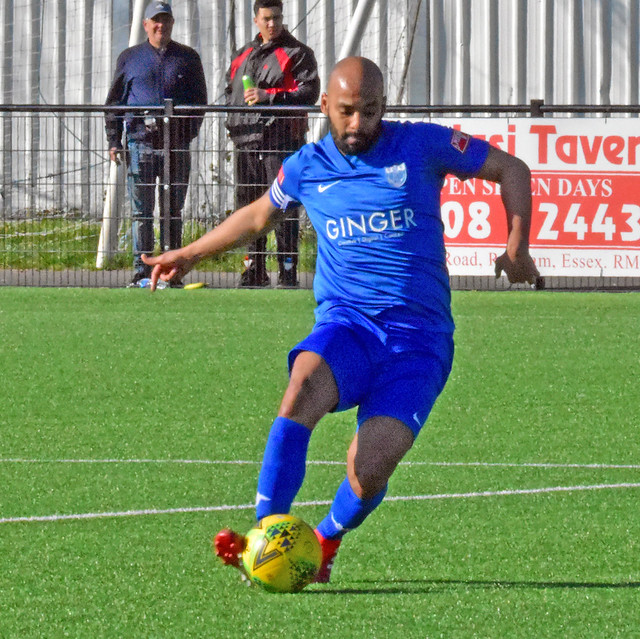