BURY GO TO TOWN ON BARKING

Barking were left with a long journey home as their winless run of league games stretched to eight with a 4-0 defeat away to Bury Town.

Bury opened the scoring after two minutes before a red card for Junior Yassi-Pepin made Barking’s job even harder and three unanswered second half goals for Bury rubbed salt into the wound that is our league form at the moment.

Ross Crane opened the scoring after just two minutes as he cut in from the right wing and his effort went across James Shaw who nearly kept the effort out but it squirmed its way into the net. Barking nearly had an immediate equaliser as Yassi-Pepin closed down a back pass but as the block landed on its way to goal the spin on the ball took it away from goal. Barney Williams saw his shot flash wide and James Shaw was alive to make a good save but the Barking cause was made harder after 20 minutes. With the ball in the air Yassi-Pepin appeared to strike a Bury Town defender with an elbow and after a discussion with the assistant referee he was given his marching orders. Barking managed to keep Bury at bay for most of the first half except after 34 minutes when Bury should have doubled their lead as a low right wing cross was put back across the goal from close range.

The restart saw Barking replace Daniel McCullock with Osa Otete but the man advantage meant Barking were always on the back foot. Bury went close after 54 minutes but made it two after 57 as a right wing cross was played back to Cemal Ramadan and his turn and shot found the bottom corner of the net. Barking had their first shot on target after 72 minutes as George Purcell’s cross found Otete but his hooked volley was just too close to the Bury goalkeeper who managed to keep the ball out. 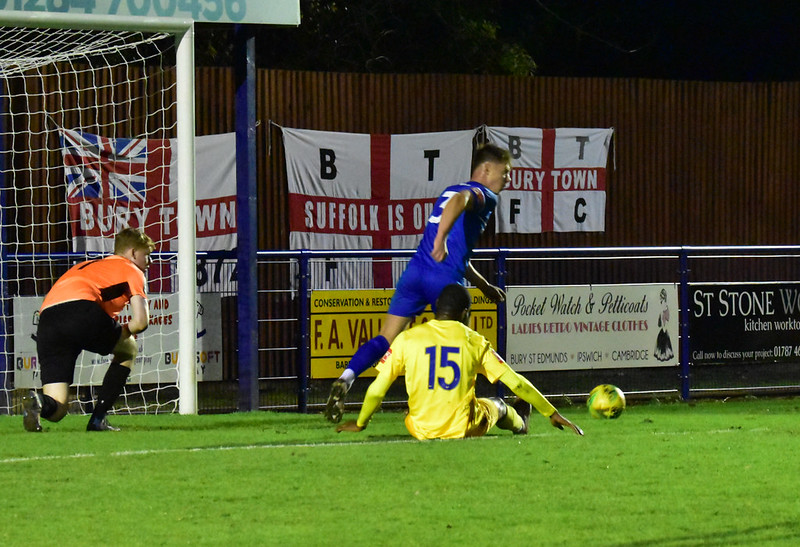 The game was definitely over two minutes later as a dink over the defence found Crane who slotted the ball home for his second of the game. Bury added further gloss to the scoreline as Jake Chambers-Shaw drove the ball home after 87 minutes to complete the scoring and Barking’s misery.

We are still fourteenth in the table ten points from bottom club Hullbridge Sports and ten points Grays Athletic in the final play off spot in fifth place. There is still a lot to play for this season and our next match is against Stowmarket Town this coming Saturday with a 3pm kick off. 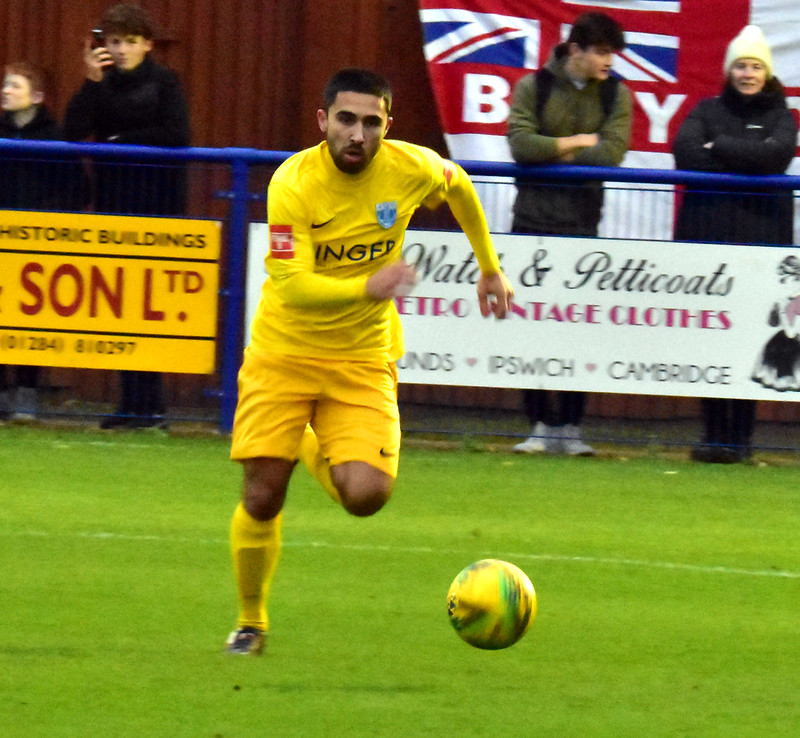