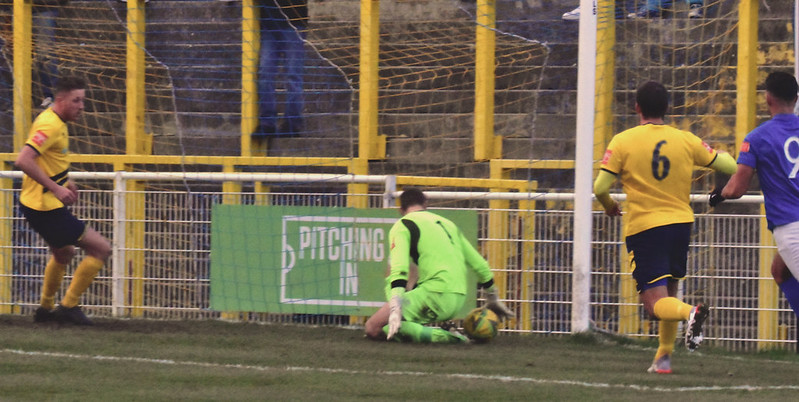 NO CAN DO AT CANVEY

Barking suffered late heartbreak as Canvey Island showed why they were top of the table as they left it very late to overturn a 2-0 Barking lead. First half goals from George Purcell and Kieran Jones gave the Blues the advantage but goals from Matthew Price, Bradley Sach and Evans Kouassi took all three points.

George Purcell saw an early effort well saved but it was Canvey who had the best chance early on as they won the ball from James Folkes but Matt Price blasted the ball over as he advanced on goal. A Freddie Parker shot nearly squirmed under Canvey keeper Bobby Mason but the Blues had the lead after 32 minutes – a James Shaw long kick was headed out by Mason but it fell to George Purcell who looped his own header over the backpedalling keeper and into the net for his tenth goal of the season.

The lead was doubled three minutes later as George Okoye’s shot was spilled by Mason and Parker backheeled the ball to Kieran Jones who gratefully despatched the ball home from close range. There was a late chance for Parker from a cute dink by Jones but he was unable to get proper contact with the ball.

A 50th minute shot from Okoye was tipped over by Mason but from then onwards the ball was firmly ensconced in the visitor’s half as Canvey pushed forward – Barking stood firm apart from a free kick that was headed over by Parker after 73 minutes but the onslaught was too much with a penalty for handball after 82 minutes that Matthew Price duly buried into the bottom left corner. It was 2-2 moments later as the Blues failed to clear a cross and despite some calls for offside Bradley Sach poked the ball home from close range. The comeback was complete in the 89th minute as a cross field ball found Evans Kouassi who drove the ball across Shaw and into the bottom right corner of the net. Salt was rubbed into the wounds with a dismissal for Barney Williams for a second yellow card in added time.

We return to Mayesbrook Park on Tuesday evening when we face Grays Athletic in the fourth round of the Essex Senior cup. 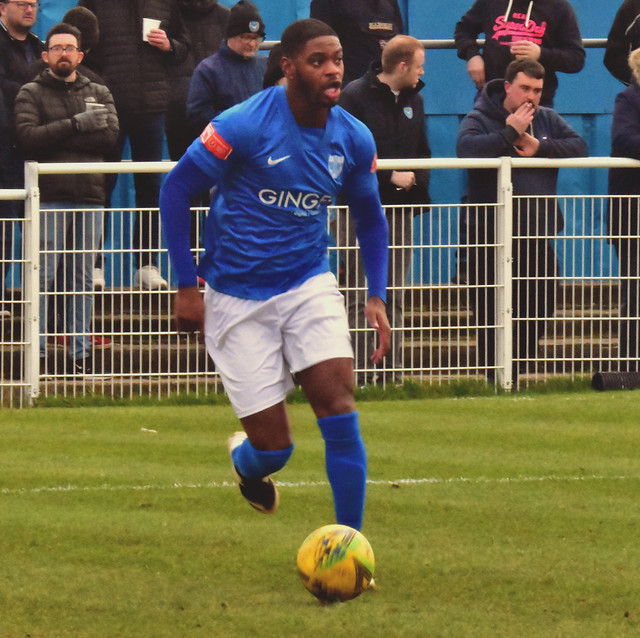