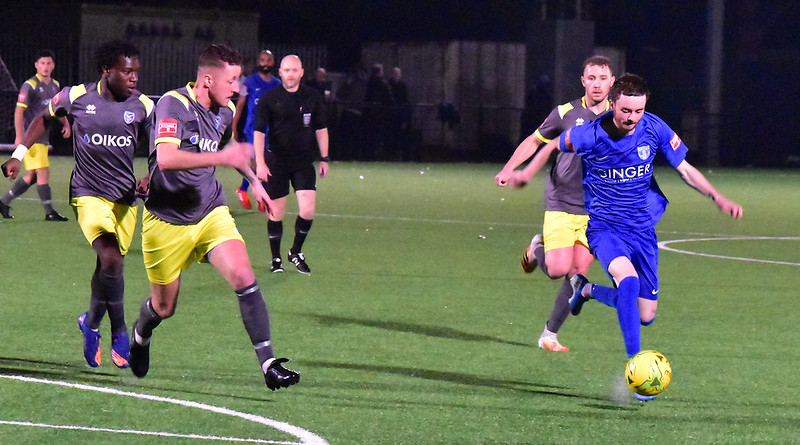 THREE POINTS GOBBLED UP BY THE GULLS

Barking were defeated by a very strong Canvey Island side who started the game in second place and finished it top of the Isthmian North table and making themselves the division’s top scorers in the process. For Barking it was not all gloom and doom: the first half performance was something to take heart from but yet again due to injury we fielded another back four that had not played together before.

We lost Barney Williams in the warm up and with James Folkes already out this meant more additions to our lengthy injury list. We welcomed former Cheshunt player Adeyemi Adodele who slotted in at centre half alongside captain Elliot Omozusi who was clearly not fit either. Johnny Gill made his first appearance since August and produced a lively performance.

The game got off to the worst possible start for the home side when a dangerous ball inside Peter Ojemen finds Tobi Tinubu and his cross is met by the head of the unmarked Harrison Chatting and we are a goal down. Despite the early set back three minutes later Barking produce a chance of their own when a one two between Kieran Jones and Johnny Gill culminates with Gill shooting but visiting keeper Bobby Mason saves his effort. On 18 Canvey make another raid down our left as Evans Kouassi produces a dangerous cross but Elliott Ronto pokes the ball wide. Barking are back in the game on 23 when Gill finds Olu Oluwatimelehin and he in turn finds Marcel Elva-Fountaine who plays an inviting ball to Kieran Jones who puts the ball over Mason and the Blues are level. 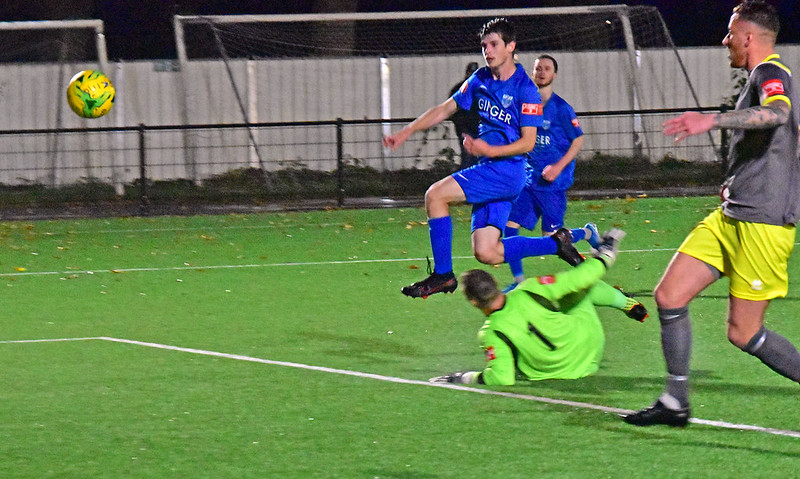 Five minutes later a throw in from Ojemen is headed out by Jones to Olu Oluwatimelehin who despite being slightly off balance turns and fires an unstoppable shot past Mason to give us the lead. 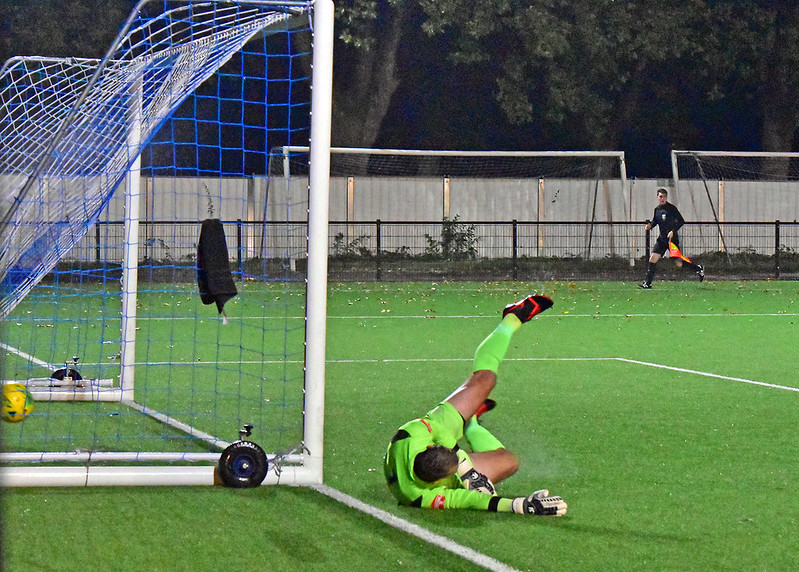 Ojemen who is getting room on the left drives forward and once in the box finds George Purcell and his shot hits the side netting. Barking finish the half on the front foot when a mazy run by Gill ends with a chip shot that just clears the bar.

After the interval it was a very different story as the Gulls stepped up their game. However, after four minutes another good run into the box by Elva-Fountaine ends at the cost of a corner to Canvey and the resulting flag kick finds Jacob Adeyemi’s head but he can only put the ball into the arms of Mason. Three minutes later and the visitor’s equaliser arrives when Adeyemi Adodele concedes a free kick in a dangerous central position – Conor Hubble takes it and puts the ball past the wall and although James Shaw gets both hands on the ball but can only push the ball into the net. With 59 minutes gone the comeback is complete: after a spell of Canvey pressure the ball is pinging around the home box and Evans Kouassi takes advantage by firing a low shot into the corner of the net. Before his substitution Gill has one more good run into the Canvey area and Mason does well to hold onto his shot. The game is up on 69 when a dangerous ball into our area finds Evans Kouassi and he lobs the ball goalward and it seems to take an age to finally find the net, but when it does the points are heading down the A13. After that the visitors manage the game out effectively and despite the best efforts of Charlie Heatley to give the Canvey defenders a hard time, the energy that had been so evident in the first half to press our opponents has evaporated.

We hit the road again on Saturday as we travel to Basildon United who are in sixteenth place but only three points behind us. 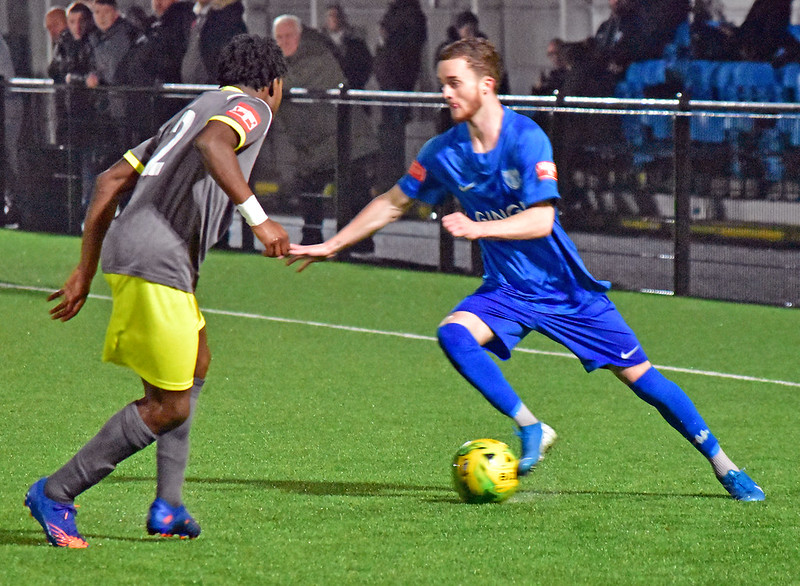