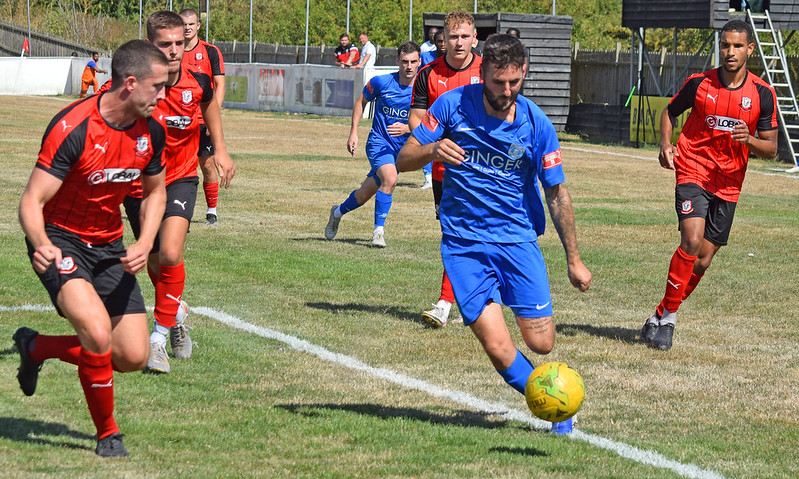 STILL IN THE CUP… JUST

First FA Cup meeting between the teams and was one to forget, although on the positive side we did avoid defeat at the hands of Coggeshall for the first time. Whether we can go one further and chalk up our first victory over the Seed Growers will have to wait until the replay on Tuesday evening.

However, defensively we played a lot better than last week against Halstead Town, with the two centre halves Alfie Leach and Sam Dickens outstanding – if we are to progress further in this competition then an offensive improvement is required as our only shot on target came in added time.

After three minutes a good one two between Kenidi Dariri and Alessandro Wisdom leads to cross which is cleared – then Barking appeal for a penalty for handball which is waved by the referee. It is a quick start to the game by Barking which unfortunately fails to continue. On ten minutes the first of a number of dangerous free kicks that were conceded in and around our box, this particular one wide on the right was only stopped by the firm intervention of Sam Dickens at the expense of a corner. The game then settled into a pattern of we attack/you attack – but the flow was continually interrupted throughout by the referee’s whistle. Nine minutes from the break another free kick finds Barking keeper Laurence Whymark unable to gather it properly and from the subsequent clearance a home player blasts the ball over the bar. There is a really close shave as a home attacker escapes from Alfie Leach and fires in a cross which Dickens clears off the line with a timely intervention. Half time is reached without a shot in anger at the home goal.

The pattern continues in second half with neither side making any opportunity of note and with a series of niggly fouls that go unpunished mean that tempers are always ready to boil. With sixteen minutes remaining Coggeshall go close from a corner when an unmarked Martin Onoabhagbe heads over the bar and Barking have a let off. 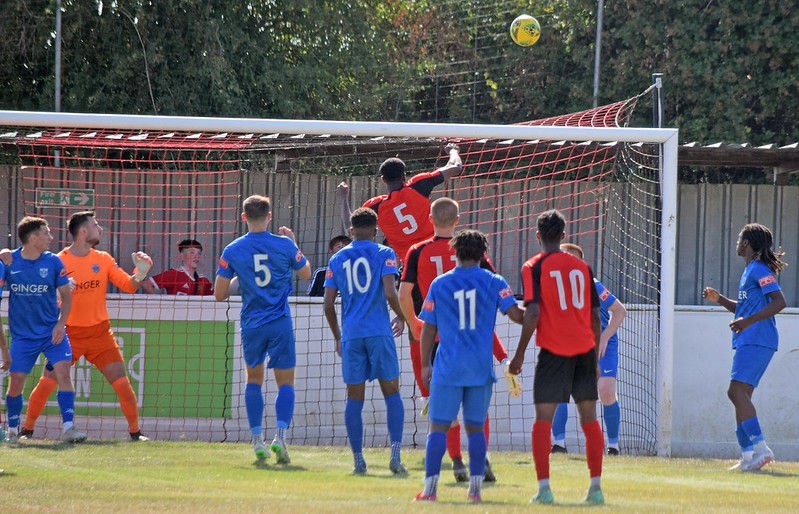 In added time the referee’s patience runs outs as after foul on Leach, Vincent Follea receives a second yellow and subsequent red card and is banished from the field. From the subsequent free kick Eljay Worrell has our first and only shot on target but it is comfortably dealt with by home keeper Akan George.

As mentioned previously the replay is on Tuesday evening at Mayesbrook Park with a 7:45pm kick off. 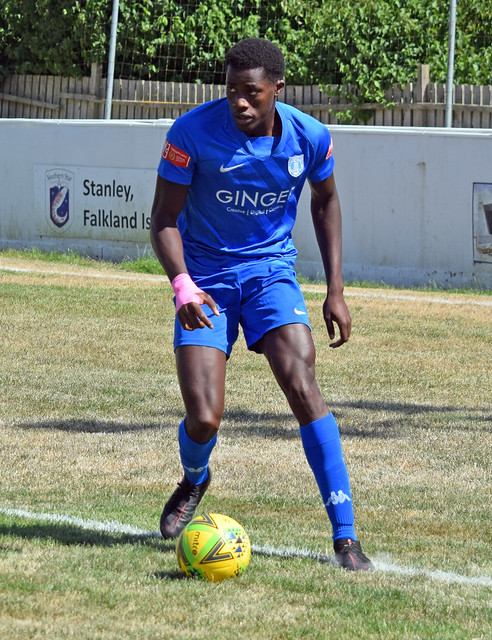