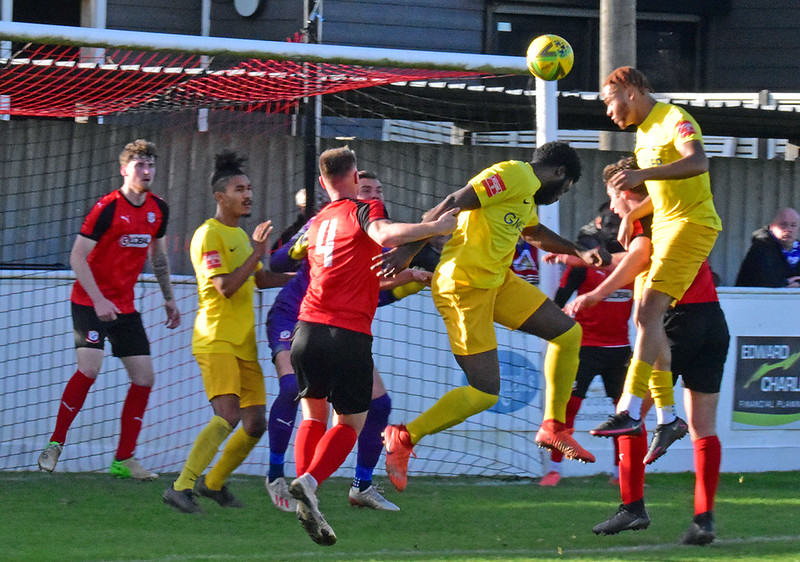 The winless run continued for Barking but while they didn’t take any points away in this 3-2 defeat they will take plenty of positives after a poor first half performance saw them two goals down at the interval and then stormed back to achieve parity, only to be denied a point by a goal eight minutes from the end.

As Charlie MacDonald was injured in training on Tuesday Barking suffered another setback. However, we did include two new faces: Sak Hassan who joined in the week from Hornchurch and Seb Towse made the step up from the Under 23’s team.

It looked like it would be a long match for the Yellows after five minutes as they failed to deal with a clearance and despite James Shaw saving the initial effort, the ball was predictably bundled home by Sam Bantick for his third goal against us.

Jess Norey saw an effort from just outside the box shortly after flash past the post but it was Coggeshall who doubled their lead after 26 minutes as a far post corner found Jayden Gipson who rose highest to head the ball home. 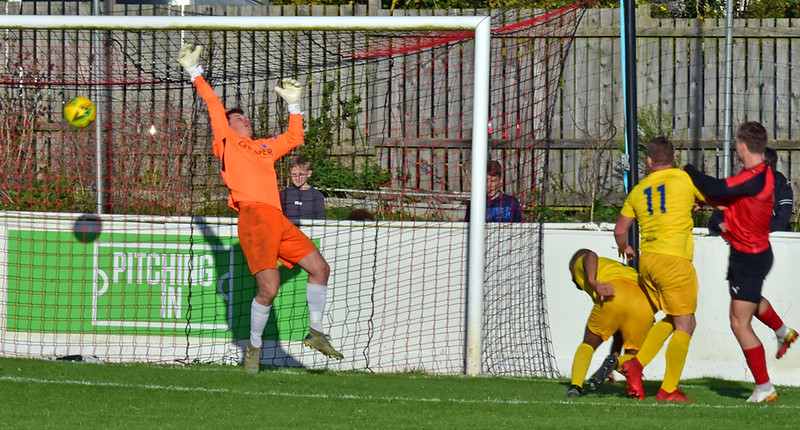 As half time approached it was nearly Barking’s chance to score from a corner but Peter Ojemen’s effort was cleared off the line by a defender.

Barking made two substitutions at half time, with Junior Yassi-Pepin and debutant Sak Hassan replacing Heatley and Konadu – Yassi-Pepin normally a centre half played as a striker and provided some much needed physical presence up front. They both made an immediate impact as they combined from George Purcell’s cross with Sak Hassan side footing the ball home. 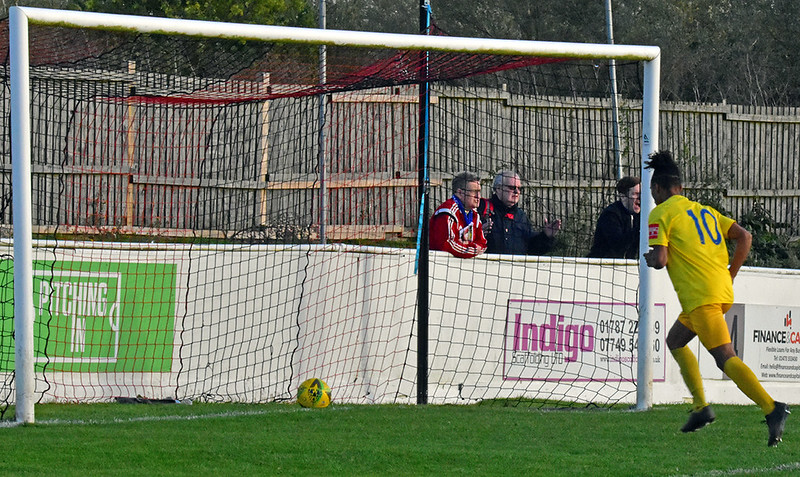 The scores were nearly level after 53 minutes as Aaron Blair raced onto a long ball but his lifted effort was over the bar. However, the scores were indeed level after 60 minutes as a corner fell to George Purcell who cut inside on the edge of the box and lashed the ball into the top corner. 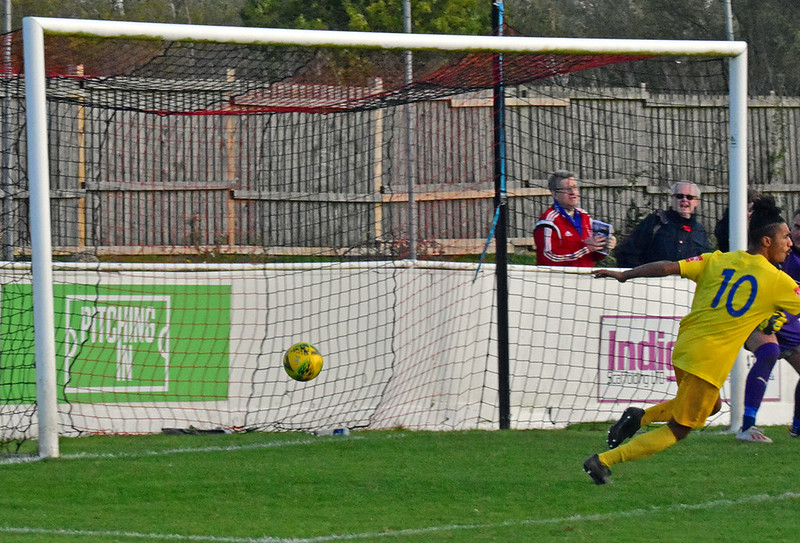 A facial injury to Barney Williams led to Seb Towse entering the fray and meant our central midfield consisted of two players aged 19 and one 21. The Yellows still looked dangerous as the game stretched with two half chances for Aaron Blair but it was heartbreak for Barking in the 82nd minute as a cross found Sam Bantick whose header was saved by Shaw but the ball fell to Jermaine Francis who had an easy tap in as Coggeshall regained the lead late on in almost a carbon copy of the first goal. Barking pushed on and should have equalised as Purcell found himself through on goal late on but his effort was straight at home keeper Matthew Cafer.

The Yellows threw everything forward as they searched desperately for an equaliser with even Shaw going up for a corner and at the death Blair could only put the ball behind the net, but it was Coggeshall who took all three points as Barking’s frustration continues.