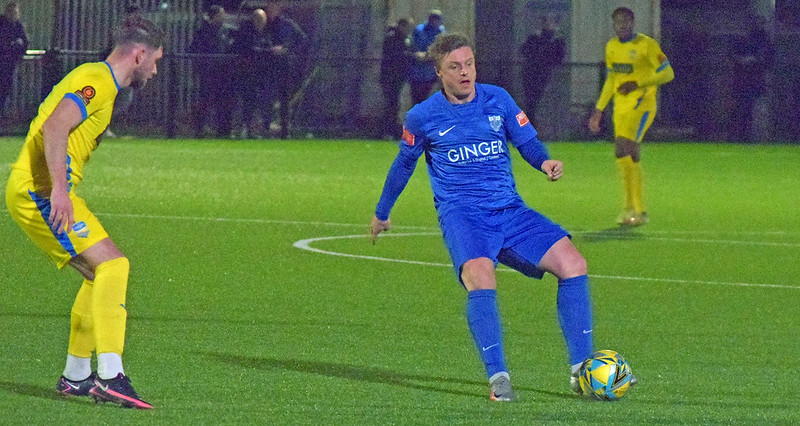 CONCORD TAKE OFF INTO THE SEMI FINALS

For long periods of the game the Blues were under heavy pressure and defended excellently against their higher level opponent, Charlie Heatley’s equaliser gave the home side parity and hope for all of two minutes before Concord regained the lead.  As Jay Leader was forced to leave the field due to injury Concord took advantage by scoring two further goals.

Former Blue Lamar Reynolds played his part for Concord and we included for the first time goalkeeper Tom Crump who has joined from Gillingham on work experience.

Early on Concord flexed their football muscles and after just five minutes a shot flashes past the Barking goal. New boy Crump does well to grab a header after a long throw caused concern to the home defence. Barking started to come into the game around the 20 minute mark and good work by Kieran Jones who drives forward to find Georgie Fairhead whose attempted pass is just short of the well placed George Purcell. A good ball by Crump to Jones who does well again and finds Charlie Heatley but his pass to Purcell is again intercepted. With half time approaching a quickly taken free kick finds Purcell and he fires over, as does Tom Salter from a more central position. But these are brief pieces of respite from the continued threat Concord posed. Just a minute before the break the goal that had been threatened from early on arrived as Barking are carved open down their right side, Crump rushes from his goal and the ball is played across to Ben Allen and his head does the rest.

After the interval Barking try to rally: from a corner Jay Leader’s header was blocked but he manages to play the ball out to James Folkes, but his cross goes out of play.  After ten minutes the home side try again when Kyle Eam finds Jones who in turn works an opportunity for Heatley, but the angle is not in his favour and his shot is wide and the visitors march up the other end and Crump pulls off a good save. On 59 we are level when Heatley latches onto a ball over the top and makes no mistake for his ninth goal of the season. Sadly parity only lasts two minutes and after Barking are unable to properly clear the ball Danny Green drives the ball past both Leader and Crump to regain the lead. Nine minutes later and the home side are dealt another blow when Jay Leader is forced by injury to leave the field and having used all three subs have to play the remainder of the game with ten men. They battle on for eight minutes but Concord are really on the front foot and a spell of pressure yields another goal as Jayden Randall has enough time and space to fire the ball into the net and four minutes later it is all over as Temi Babalola is set free on goal and he puts the seal on things by making the score 4-1.

We have no time to lick our wounds or feel sorry for ourselves because on Friday evening we have an important league match at Mayesbrook Park against Basildon United which kicks off at 7:45pm. 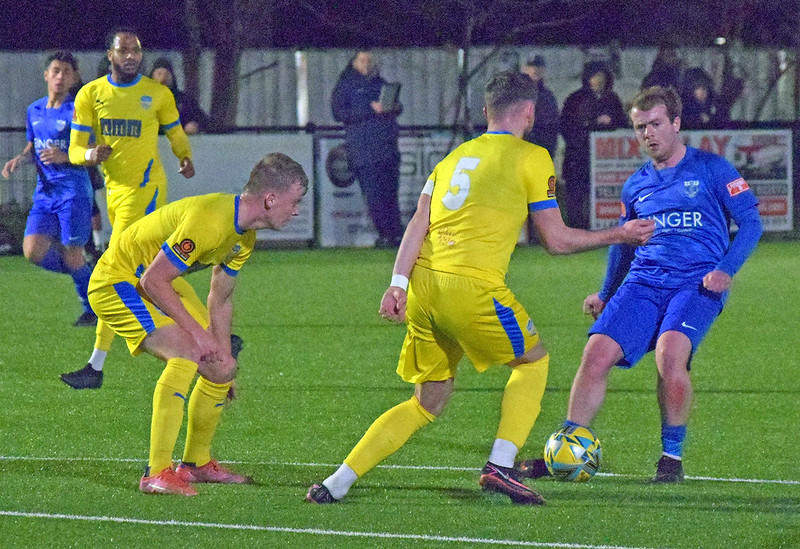