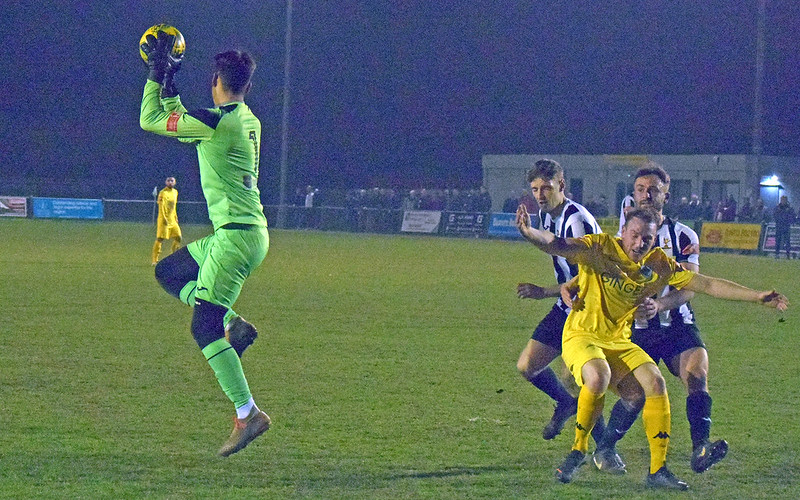 In our 32nd league game of the season Barking were beaten by play off chasing Dereham Town on a Tuesday night trip to Suffolk. With the visitors fielding the best available side the yellow shirted blues battled hard they were really unable to create much in the way of real chances, whereas Dereham buzzed around the Barking goal their two wide players Rhys Logan and Adam Hipperson did cause a real threat.

It was the home side who showed first in the attacking sense as on three minutes a cross is driven in hard but Shaun Bammant was not able to put it on target, three minutes later Barking displayed some attacking intent as Ben O’Brien found Markos Tourokis whose low cross just eludes Troy Walters. After a shaky period of sustained home pressure which included some Dereham efforts which were wide, Barking settled down and tried to ask some questions of their own: The best was on 22 when a throw-in led to Kieran Jones turning and shooting but it goes wide. Almost predictably on 28 the home side are in front as Logan is allowed space and time to receive the ball run in to space, ride a tackle and deliver the ball to Shaun Bammant who scores at the second attempt after first blocked After that neither team really threatened either’s goal but as to be expected the home side enjoyed the majority of possession and the visitors went in a goal down at the interval.

After the interval it is Barking who fashion the first chance on 48 as Troy Walters wins the ball, makes his own luck and shoots; but the ball flashes wide of the goal. The next minutes Dereham nearly extended their lead as Logan finds Adam Hipperson whose clever footwork makes space for a shot but Finley Thackway palms the ball and Barney Williams clears up. Hipperson on 58 powers forward and with the Barking defence scattered he passes to Toby Hilliard out wide and he curls a shot past Thackway and also past the post. Thackway saves the visitors again on 69 when Joe Tarpey finds Hilliard but Thackway denies him with a save off his legs. Barking do have the ball in the net on 73 when sub Tom Salter makes a good run forward and slips a pass to Troy Walters who fires home – the only problem was that Walters was clearly offside when he received the ball. 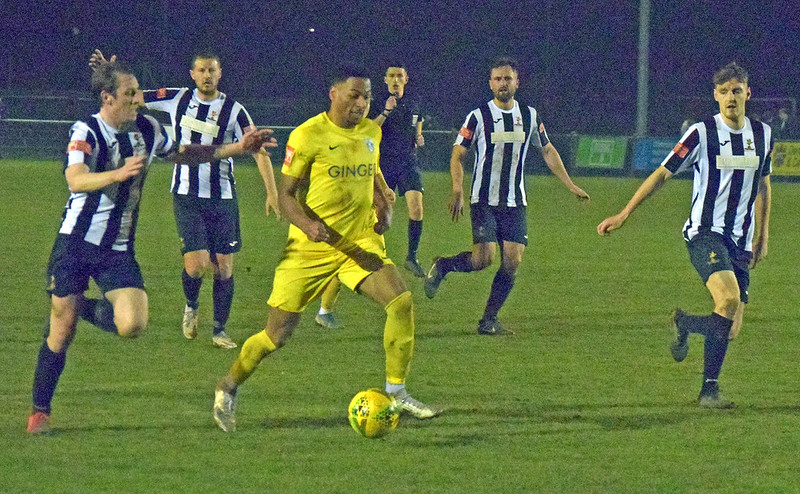 A minute from time with sub Kyle Eam struggling with injury and unable to assist James Folkes a raid down the right ends with a shot which is saved by Thackway but goes straight to Hilliard who needs no second invitation to make it 2-0 and that was that.

We are at home again on Saturday when AFC Sudbury visit Mayesbrook Park in our next Isthmian League game with a 3pm kick off. 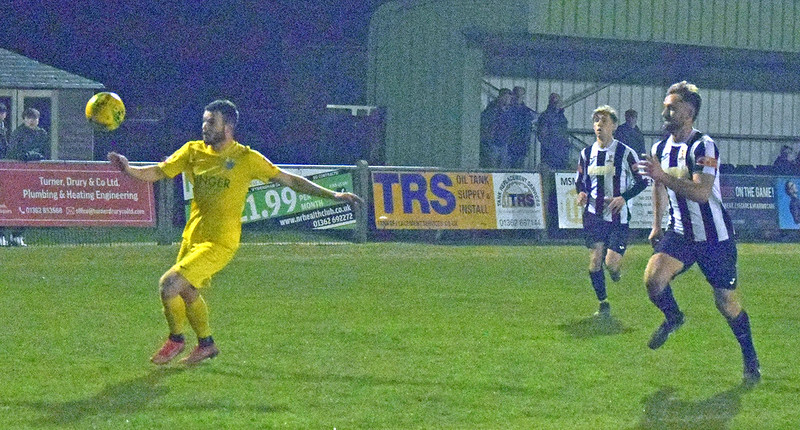