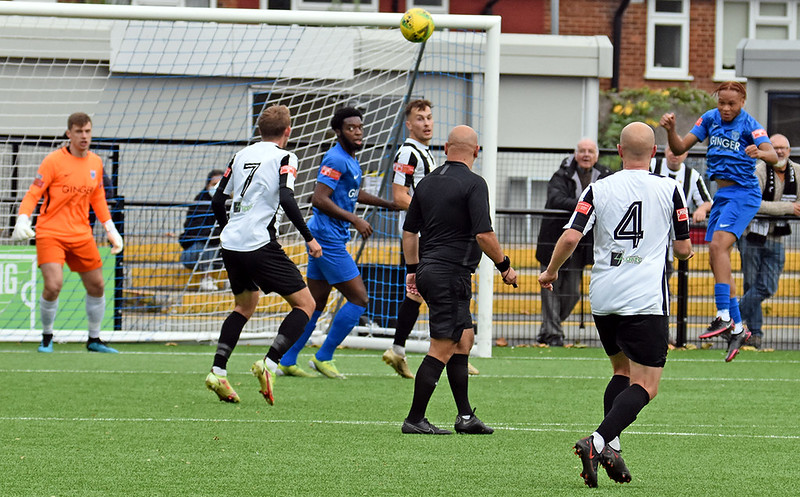 Barking had themselves to blame as their winless streak continued with a 2-1 home defeat at the hands of second placed Dereham Town at Mayesbrook Park. Goals in each half from Adam Hipperson were enough to win the points with an Aaron Blair goal eleven minutes from time no more than a consolation.

There were three changes from Tuesday’s draw with Witham: Olu Oluwatimilehin was injured, Kieran Jones and Charlie Heatley moved to the bench. Their replacements were George Purcell, Marcel Elva- Fountaine and Jess Norey.

The returning George Purcell went closest on two occasions for Barking as they enjoyed the majority of possession but failed to produce much cutting edge and the visitors went in front after 43 minutes as the Blues lost the ball in the middle of midfield and Dereham pounced as the ball was slid through to Adam Hipperson who drove the ball home past James Shaw.

The second half started quietly with George Purcell having a tough chance after 68 minutes but Barking shot themselves in the foot again after 71 minutes as a free kick not far in the Barking half went across the home area with Hipperson intercepting and advancing on goal before powering the ball home. Barking managed to get a way back into the game after 79 minutes as Aaron Blair pounced on some pinball to halve the deficit with Dereham appealing in vain for offside. 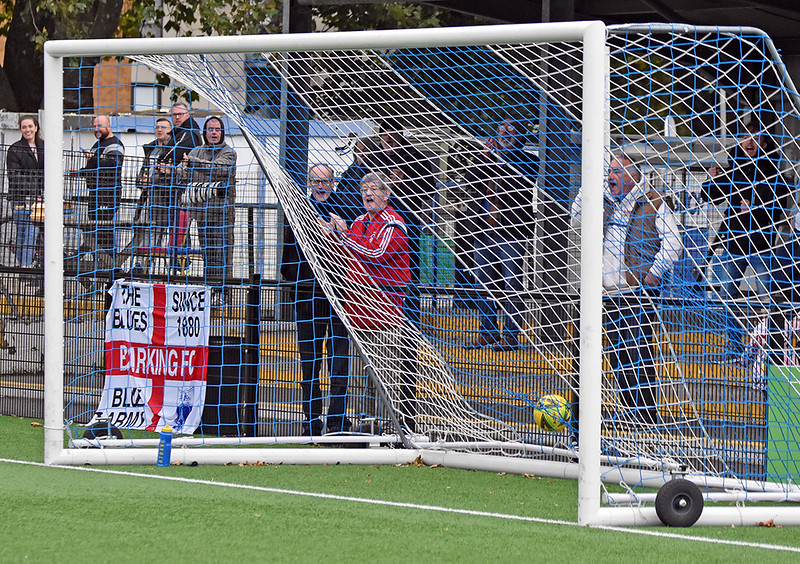 Blair had a chance with a few minutes left but he was denied by a good save from visiting keeper Elliot Pride. There was also time for a late penalty appeal for handball for the Blues but the referee was unmoved and we slipped to another defeat.

We are next in action on Saturday October 30th when we travel to Coggeshall Town for a league match with a 3pm kick off. 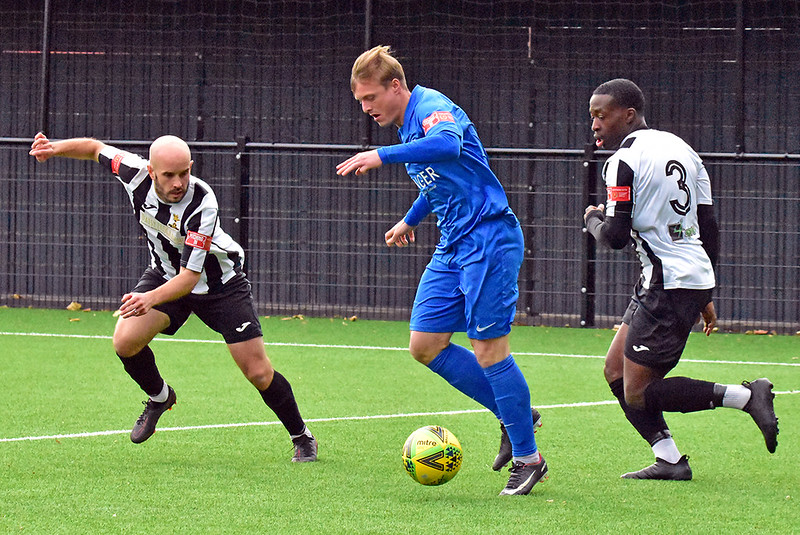