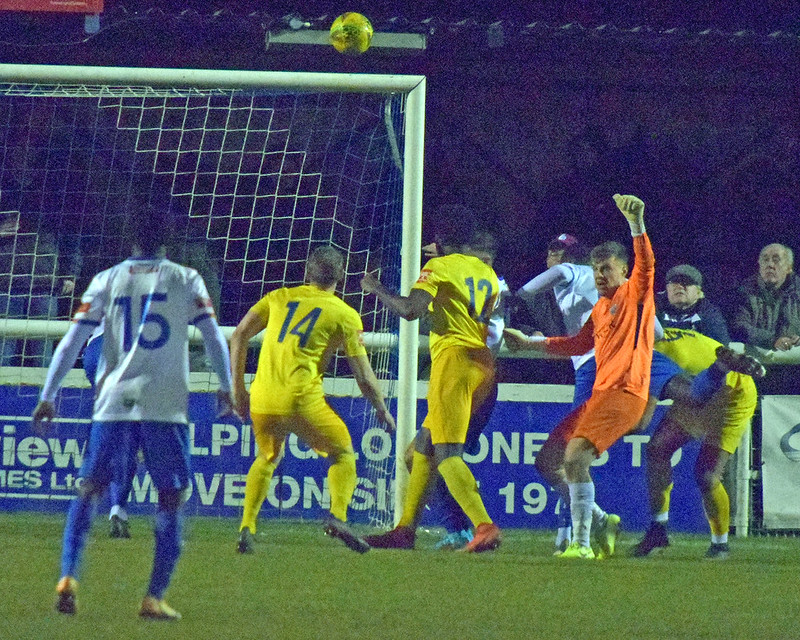 PARKER, PENALTIES AND A VICTORY

A tough game for Charlie MacDonald and his charges but Barking after leading 3-1 at half time and being pegged back to 3-3 at full time went onto eliminate Enfield Town 4-3 on penalties. Enfield are also the current holders of the Velocity Trophy having won it in 2019 the last time the trophy was played for and as a result of this victory we are now at home to East Thurrock United in the fourth round.

This was also our sixth consecutive shootout success and the third this season the previous being Aveley (FA Cup) and Grays Athletic (Velocity Trophy) and like tonight’s all three this season have come away from home.

As to be expected playing a team from a higher level the home side are on the front foot early in the match and after four minutes force a corner which is taken short and the resulting shot is wide. Barking announce their presence on nine when Kyle Eam wins the ball and finds Charlie Heatley who shoots and his effort strikes the inside of the post and rebounds back into the grateful arms of home keeper Adi Connolly and in reply the home side sweep straight up the other end and force James Shaw into a full length save. After 16 Barking moved in front as Eam receives a pass from Osa Otote, rides an attempt to foul him and plays in Charlie Heatley who is not going to be denied this time.

Enfield nearly have an equaliser six minutes later as the dangerous looking Lyle Della-Verde is sent away but Shaw gathers his effort at the second attempt. Barking double their lead on 32 when Eam finds Heatley charging down the right wing and his lovely cross was delicately flicked home by Freddie Parker. 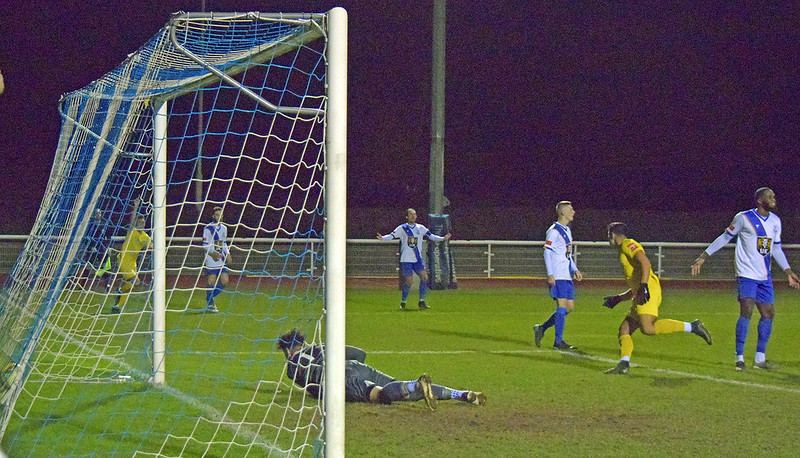 Five minutes from the break Enfield do get a goal when Bilal Sayoud latches onto Lyle Della-Verde’s cross-field ball, beats James Folkes and slots past Shaw. In the last minute of the half Barking strike again when Heatley and Eam are again involved in finding Freddie Parker on the edge of the box and he is afforded the time and space to put the ball past Connolly into the corner of the net. 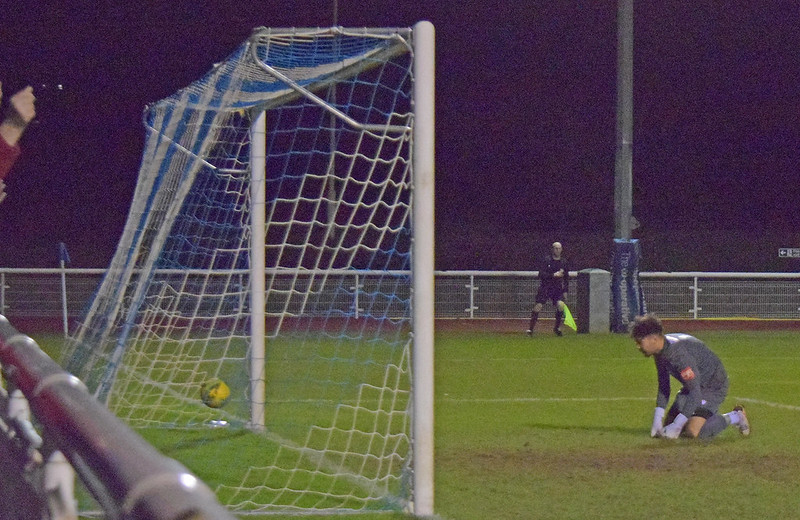 Prior to the start of the second half Elliot Omozusi and Jay Leader were replaced by Adeyemi Ayodele and Ben O’Brien with no doubt one eye on protecting them for Saturday’s game. As with the first half the home side start forcefully and initially the rejigged back four and Shaw hold firm. However, on 56 our lead is reduced when Percy Kiangebeni plays a defence splitting pass to Jake Cass who rounds Shaw and fires home off a post. The pressure continues to mount and a cross by Sayoud is headed over for a corner on 68 by a Barking defender and from the resulting flag kick Sayoud finishes what he started by picking up a clearance and firing low past Shaw.  Not content with firing in dangerous crosses and corners into our box Enfield are also delivering dangerous throw-ins as well, but Barking manage to hold on and the sporadic attacks of earlier in the half are getting more frequent. A shot by another of our subs George Purcell is blocked and then O’Brien heads over as Barking mount some pressure of their own. Three minutes from time a Purcell free kick is not too far away and then a well placed Parker can only find the body of Connolly and not the net. In the four minutes of added time both defences are untroubled and so we move onto the dreaded penalty shoot out.

Barking go first and George Purcell and Kenidi Dariri both score with Jake Cass replying but the drama begins when Enfield’s Lee Chappell has his kick turned onto the post by Shaw. James Folkes and Bilal Sayoud are both successful to make the score 3-2 in Barking’s favour, then Connolly saves Louie Dillon’s kick and Shaw denies Matt Walsh, Shaw has the chance to win the tie but his kick clips the bar on the way over. Alex Solomon scores to put pressure on Harvey Browne but he is successful and makes the score 4-3 – Emmanuel Adibiyi blasts his penalty over the top and the Blues are through to face East Thurrock United in round four.

However, we now have a very important league game as we travel to Witham Town on Saturday afternoon looking to secure a much needed three points. 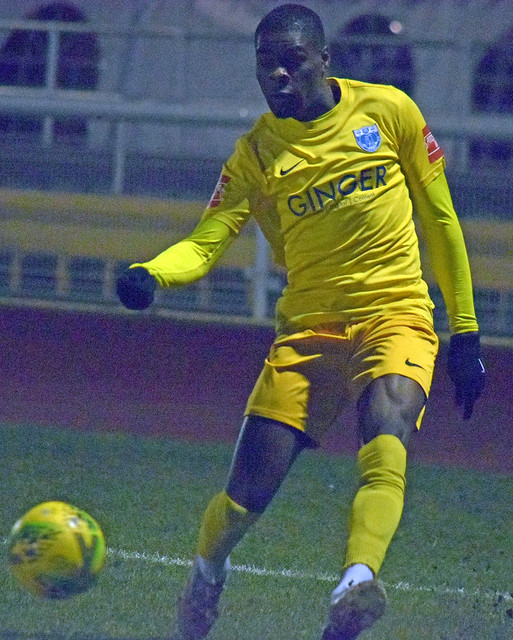