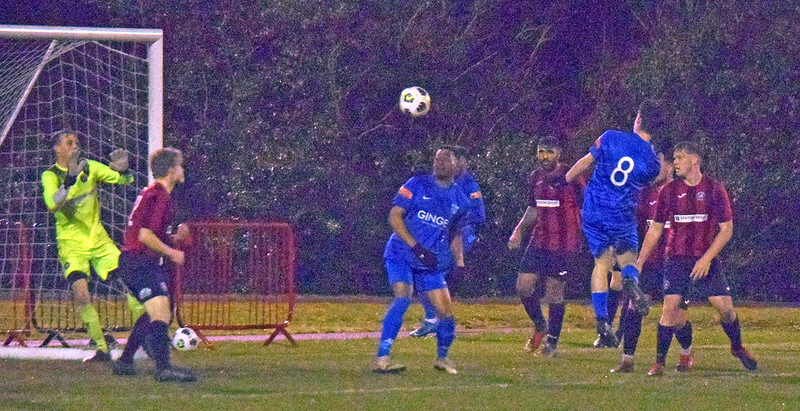 NO STINGING IN THE RAIN

This was a chance to forget the troubles of our league position for one evening and grab the opportunity to meet the B team of Brentford in the semi final of the London Senior cup. Thankfully we did manage to achieve this despite the continual battling right to the final whistle of our opponents from the Southern Counties East league, another factor was the continual rain which did nobody any favours.

Both sides were quick out of the blocks and on four minutes we have our first chance as Kieran Jones has the right idea and shoots from distance: Erith keeper Jack Moore palms the ball away and is able to recover Just a minute later Barking are ahead as Markos Touroukis sets James Folkes in and he manages to dribble through and finish past Moore. Erith have a couple of chances of their own but they are unable to retaliate – however, on 17 minutes a poor clearance is seized upon by Steadman Callender who from distance fires over Finley Thackway and into the net for one all. Barking try to assert themselves and on 19 a shot from Touroukis shot is saved by the legs of keeper Moore. Thackway dives full length to save from Harry Gamble and then from a header from a cross is comfortably gathered in. After 32 the visitors have their first chance in a while when George Okoye does well down the wing and crosses to Jones whose header is gathered at the second attempt by Moore. That is the last chance of note and half time brings the welcome chance to dry out a bit.

Barking switch things around at the start of the second period as Kyle Eam replaces Tom Salter: Eam goes to right back, Folkes moves to centre half and Flavio Jumo transfer to his more accustomed midfield role. The ball pings from end to end but there is not much doing in terms of goalmouth action or chances – around the hour the pattern has emerged with the home side doing the pushing but the blue defensive line is holding firm. The first real chance of the half occurs on 64 when a long ball puts Joe Chalker in with only Thackway to beat, the Barking keeper doesn’t quite do enough and the Erith player recovers to fire wide of a gaping goal. The winner arrives on 68 when an Eam long throw is headed on by Folkes to Kieran Jones who slots home for 2-1.

The home side come again and on 76 have the ball in the Barking net but it is a clear offside and the strike is disallowed. The closing stages are Erith attacking and Barking defending and looking to catch their opponents on the counter. Even with three added minutes Barking retain their shape and composure and to manage out the game to clinch a spot in the semi finals.

However, despite this cup success we are still in a perilous position near the foot of the Isthmian North table and on Saturday Bury Town come to Mayesbrook Park no doubt buoyed by their last visit when they beat Romford 8-0. 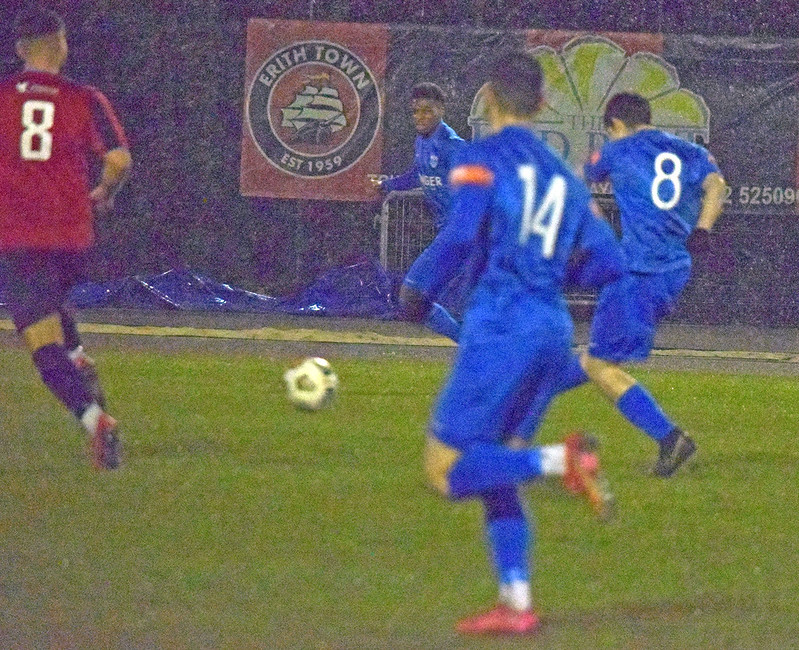