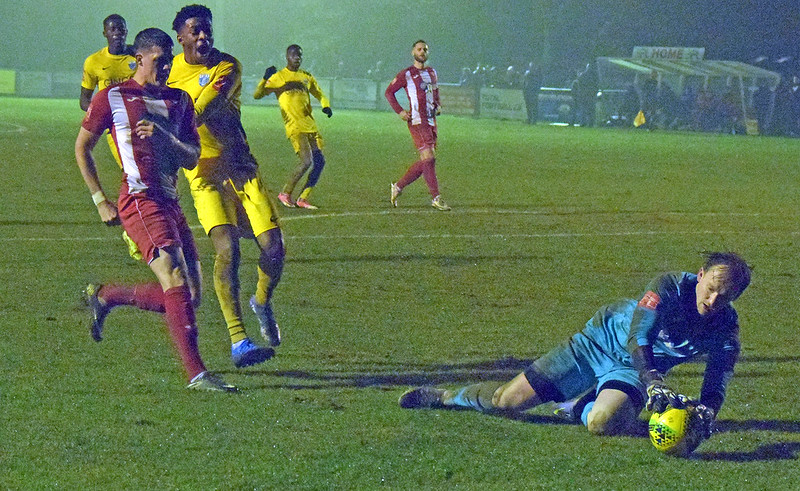 The situation was not helped as we had no strikers available: Manu Oke-William, George Purcell and Sam Shaban are all injured. Kenidi Dariri was pushed into service up front and gave his all to the cause. There was also a change in goal as James Shaw was replaced by Eddie Allan.

The game took a little while to get going as both sides took time to adapt to the conditions. But with seven gone Felixstowe’s Joe Whight makes a run forward and passes inside to a attacker who is tackled by Barney Williams who looks like he pulls out of the challenge and pleas for a penalty fall on deaf ears.  Seven minutes later and the home side are in front when a free kick is cleared to Henry Barley who fires home from just outside the box. Barking try to force an equaliser and twelve minutes later create their first real chance as George Okoye’s shot is saved by home keeper Callum Robinson this is followed up by a run forward by Yemi Ayodele who finds Jones who in turn shoots for goal but again Robinson saves but no one on a yellow shirt is able to follow up. Near the interval a spell of Barking pressure nearly ends in disaster as the home side break away from our own corner and manage to force a corner of their own which is eventually cleared to keep the deficit down to one at the break.

After the restart the opening exchanges are fairly equal but it takes just seven minutes for the home side to extend their lead. Again, a free kick is involved but from the dead ball Andre Hasanally beats Allan who seemed to have moved too far to his right and was left stranded as the ball hit the net. Despite much effort and endeavour the visitors fail to find way back into the match and on 68 the deficit widens to three goals as following a spell of Barking pressure Felixstowe sweep to the other end and when the resulting cross is not cleared far enough and Leon Ottley-Gooch has enough time and space to score. Eight minutes from time Hasanally nearly has a second as weaves in to the box but his shot hits the bar on the way over. In the last minute of normal time Barking have their best chance of the half as a Barney Williams power shot is beaten away by Robinson but again nobody in a yellow shirt is in a position to take advantage of the rebound.

What’s next, well we go from a team just outside the play offs to one who is in the play offs: Grays Athletic. This Saturday we visit Parkside for the fifth time this season and no doubt another tough match – kick off is at 3pm. 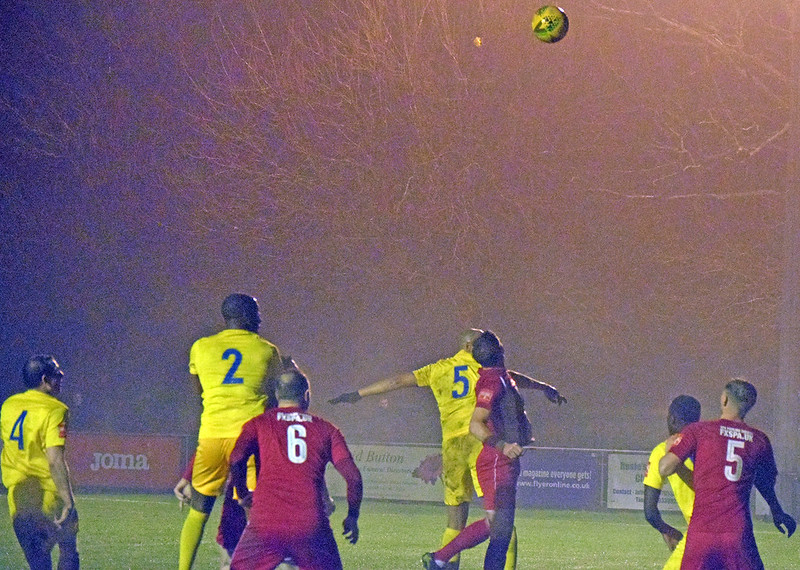