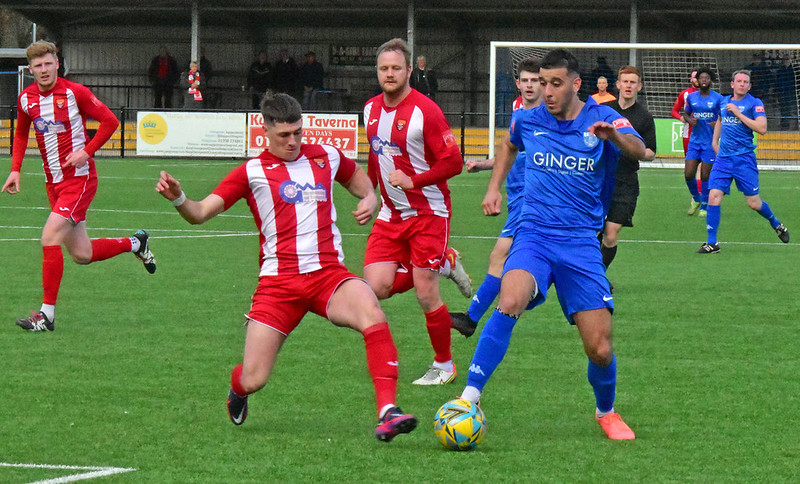 After a 4:30pm kick off Felixstowe went home with the points courtesy of a 2-1 win with a goal in each half and despite Barney Williams late penalty we could not force an equaliser. The delayed start was due to an accident on the A12 which caused major travel problems

Despite having the advantage of knowing the sides around us had lost Barking could not seize the advantage and unfortunately at times played like the team who had the delayed journey to the game.

The game starts at pace as Barking force some early corners, but Felixstowe come back into it and around the 15 minute mark Felixstowe start to dominate possession. Finley Thackway makes an excellent safe on 22 from Oliver Canfer, then Markos Touroukis hits the post via the leg of Felixstowe keeper Callum Robinson at the base of his post after a good pass from Kieran Jones. 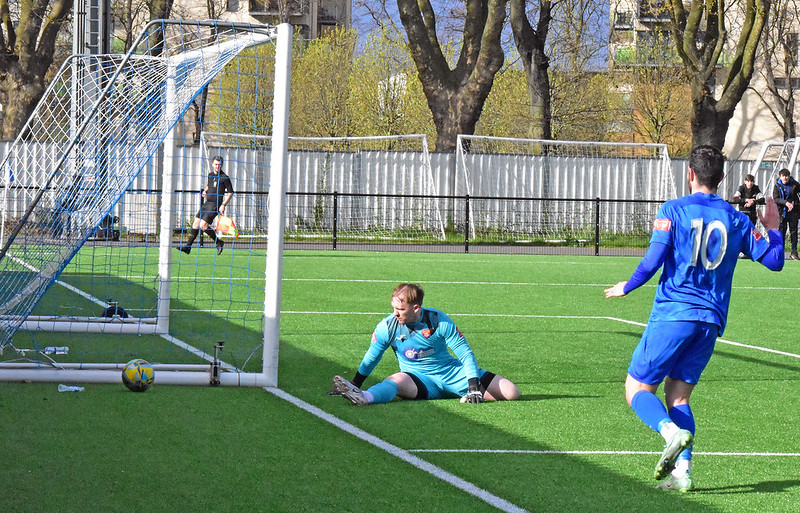 It is all too easy for Joshua Hitter to run though and but the ball past Thackway for 1-0 to give Felixstowe the lead on 26 minutes and shortly after Jay Leader limps off injured. Despite Barking efforts to get back in the game Felixstowe look the side on the edge of the play offs. Barking suffer another injury blow as Sam Shaban after jumping for the ball falls awkwardly and suffers a suspected fractured collar bone and is replaced by Troy Walters. Second minute of added time Fin saves low at his post to keep the score at one.

Barking nearly equalise in the first minute of the second half as Kieran Jones runs through and squares the ball to Markos Touroukis but Henry Barley robs him to deny a certain goal. Felixstowe score a second on 55 when again the ball is cleared properly and after what looked a foul on Thackway the ball is squared to Kieran Twinn who has the easy task of tapping home. Whether it was a foul or not Barking should not have stopped and as the old saying goes play to the whistle. It took until 77 for our next chance when good play finds Jones but his shot just clears the bar – but on 82 Troy Walter’s run into the box is halted by foul means and Barney Williams spot kick goes in off the bar to give the Blues hope. 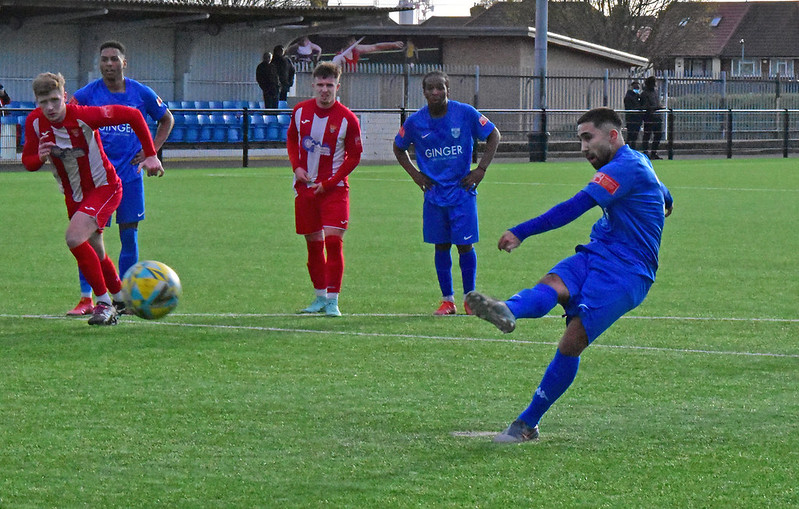 Our last chance came in the 50th minute of the second half a Thackway free kick is headed on by Ben O’Brien to Kenidi Dariri who fires just over the bar.

We are in action next on Good Friday as we travel to the Len Salmon stadium to take on Jay Devereux’s Hashtag United with a 3pm kick off. 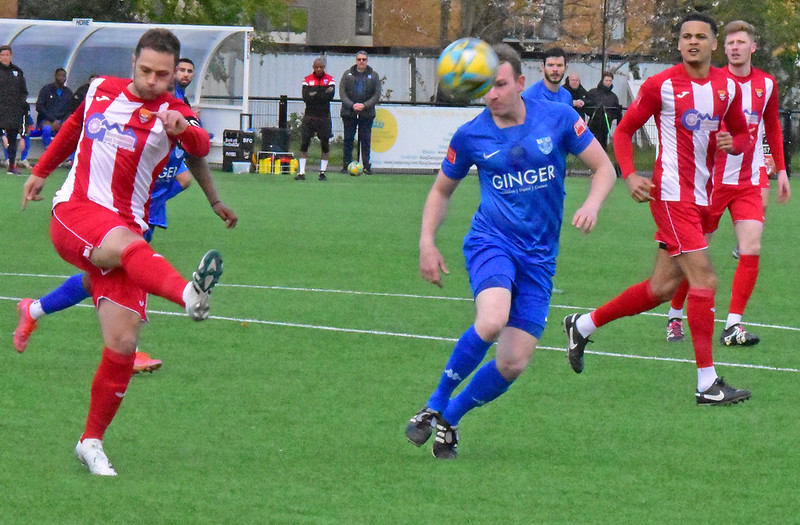