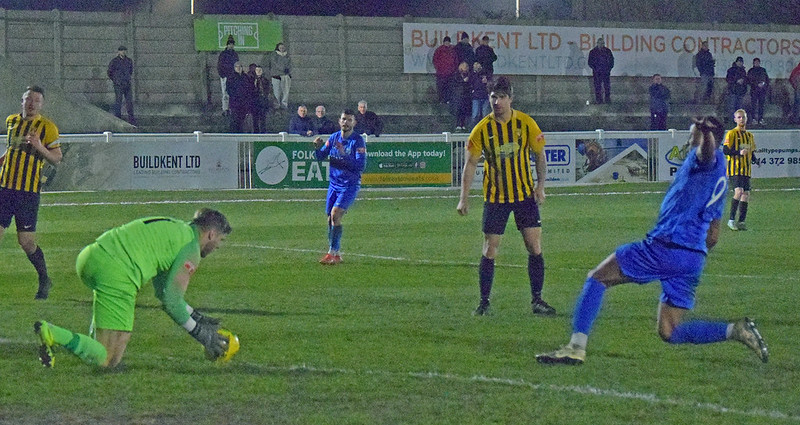 Although Barking have been eliminated from the Velocity Trophy, there are positives to take from tonight’s game: in defence and attack the team looked much improved from Saturday and if this type and level of performance can be transferred to the league then hopefully we can salvage something of what has been a hugely disappointing season in terms of league placing.

This has also been our best run in the Isthmian League cup since season 1987/88 and we did beat (on penalties) two sides from the premier division in holders Enfield Town and East Thurrock United but it was third time unlucky against Folkestone Invicta who currently sit third in the table scored twice late in the second half.

On the playing front there was good news from the Under 23’s as Manu Oke-William returned to fitness and scored five goals in the 8-0 win over Heybridge Swifts. Markos Tourokis who was an unused sub against Grays made his first start and demonstrated some excellent footwork for an impressive debut.

The opening 15 minutes was quiet in terms of action but Barking started brightly enough to ensure there were no early dramas except for Ben O’Brien’s yellow card for hand ball. Troy Walters is played in on 19 but he cannot keep his shot down. After that the ball started to spend much too much time in and around the visitor’s area with Folkestone’s Luke Wanadio emerging as the main danger down our left wing but Barking hold firm against the yellow and black tide. With 30 minutes elapsed we are sliced open and Ade Yusuff fires in a shot which James Shaw is more than equal to and turns it away from goal, a few minutes later Wanadio flashes a ball across the box but thankfully no one from Invicta can turn it home. Although there are other off target home efforts the Blues manage to go in level at the break.

The second half opens up to the same pattern as Wanadio gets down to the line and crosses to Yusuff who fails to convert. However, on 48 we strike first as Osa Otote cuts inside and plays and slips the ball to George Okoye who fires past Timothy Roberts in the Invicta goal. 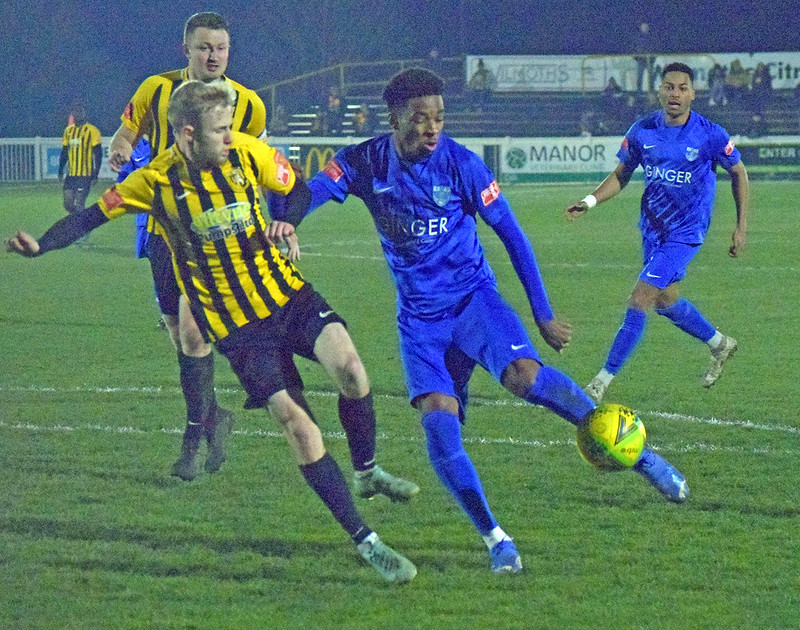 The goal only intensifies the pressure on Barking and again Wanadio is at the heart of it as he fires in another cross which is deflected out for a home throw. There is very little in terms of attacking from the visitors as it is backs to the wall defending and on 65 there is a let off as from a Joe Paxman free kick David Smith seems certain to score but fires over. There is a brief respite as a shot from Markos Tourokis is saved by Roberts but there is nothing doing from the rebound. After another ball into the Barking box is deflected onto a post and flies away on 75 minutes the inevitable goal arrives for Invicta and it comes when Wanadio finds Paxman who makes no mistake. Four minutes later and the home side book their place in the semi final as Yemi Ayodele can’t make enough contact on his clearance and Smith makes up for his earlier miss by scoring the winner. Despite trying to force an equaliser the game was up for Barking and it was Folkestone who moved into the semi finals at our expense.

We are away again on Saturday but have a shorter trip as it is off to the Arena to face Brentwood Town with a 3pm kick off. 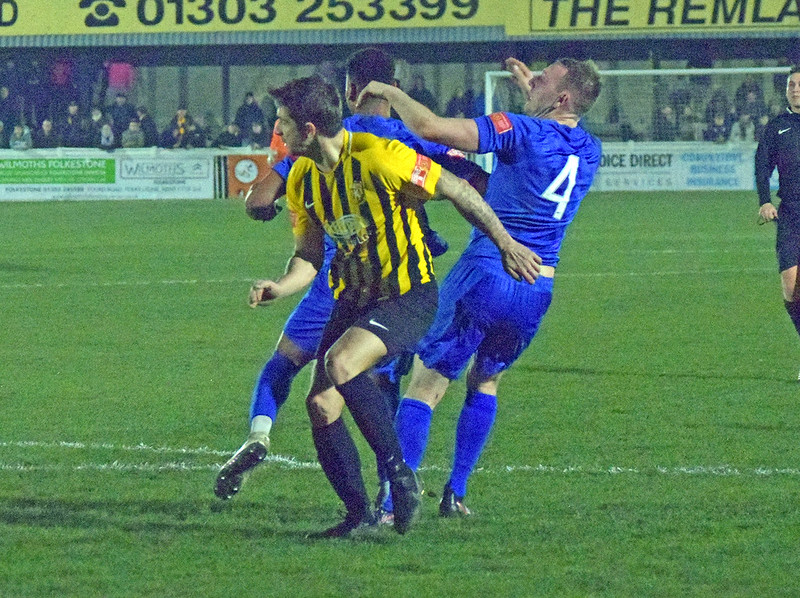