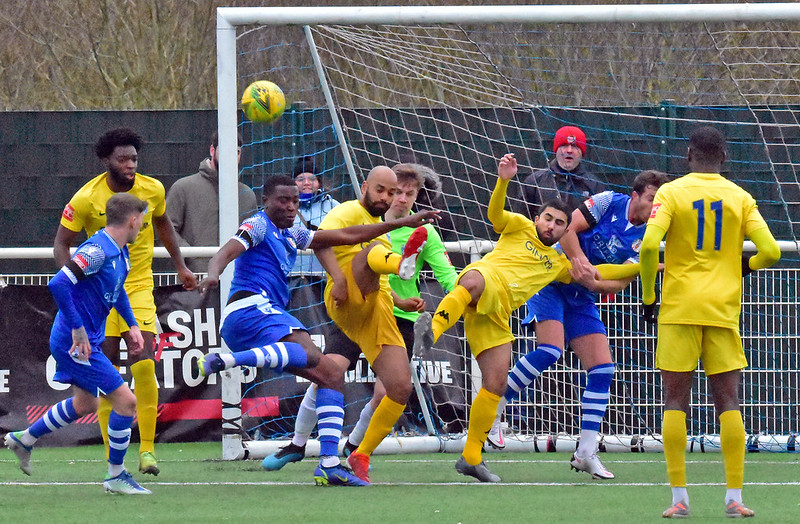 It was another day to forget for Barking as they suffered a heavy defeat away from home to play off chasing Grays Athletic. Geoffrey Okonkwo and Kieran Jones exchanged early goals but further goals from Anointed Chukwu (twice), Aron Gordon and Kai Brown took Grays away before a late Barney Williams consolation.

We included for the first time Troy Walters who has previously been with Tooting & MItcham United and East Grinstead, also on the bench as an unused sub was Markos Tourokis.

Barking recovered from their early set back after 11 minutes as Kieran Jones was fouled in the D of the box and he stepped up to lift the ball over the wall and into the roof of the net to put the scores level. 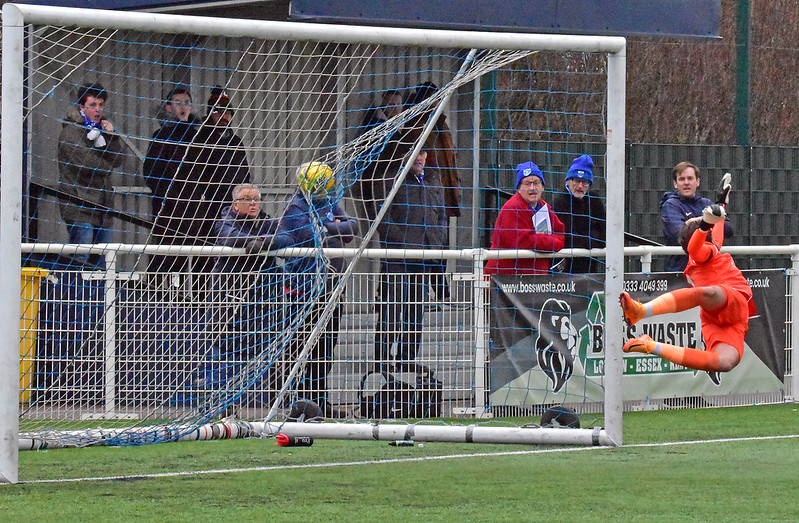 Parity only lasted seven minutes as both Barking centre halves contested a cross from the left wing and Kai Brown had all the time in the world to caress a volley into the bottom corner. Osa Otete saw his shot go wide from a cut in and Yemi Ayodele did well to deny Anointed Chukwu after he took the ball past Shaw. The Grays lead was doubled after 28 minutes as an ensuring scramble from a corner was cleared out but a volley back was handballed by Ben O’Brien and a penalty was given from which Chukwu powered into the bottom left hand corner.

There was a good save by James Shaw after 38 minutes at his near post but the score stayed 3-1 at half time.

Grays blazed a left wing effort over after five minutes of the second half and the game was all over after 63 minutes as another penalty was awarded and James Shaw was sent off as an attacker was pulled down when through on goal. James Folkes took the gloves but he couldn’t stop Chukwu putting the ball in the same place as his first penalty. 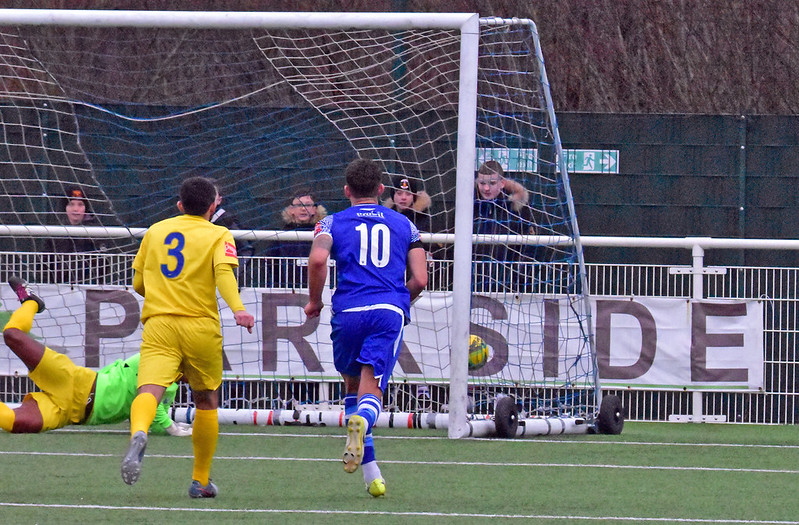 It turned into a keep ball session for Grays but Aron Gordon made it five as he fired the ball past Folkes at his near post. Barney Williams skidded home a late long range consolation to complete the scoring.

We are back in Velocity Trophy action on Tuesday evening as we travel to Kent to take on Folkestone in a quarter final tie. 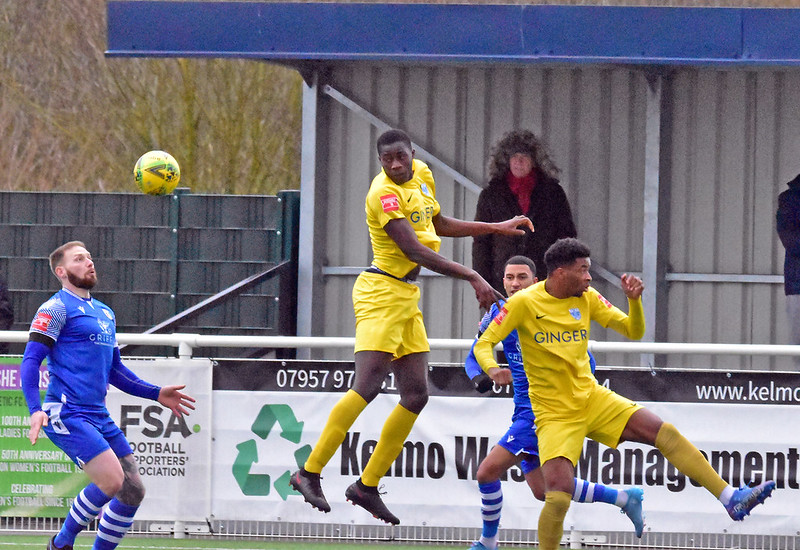