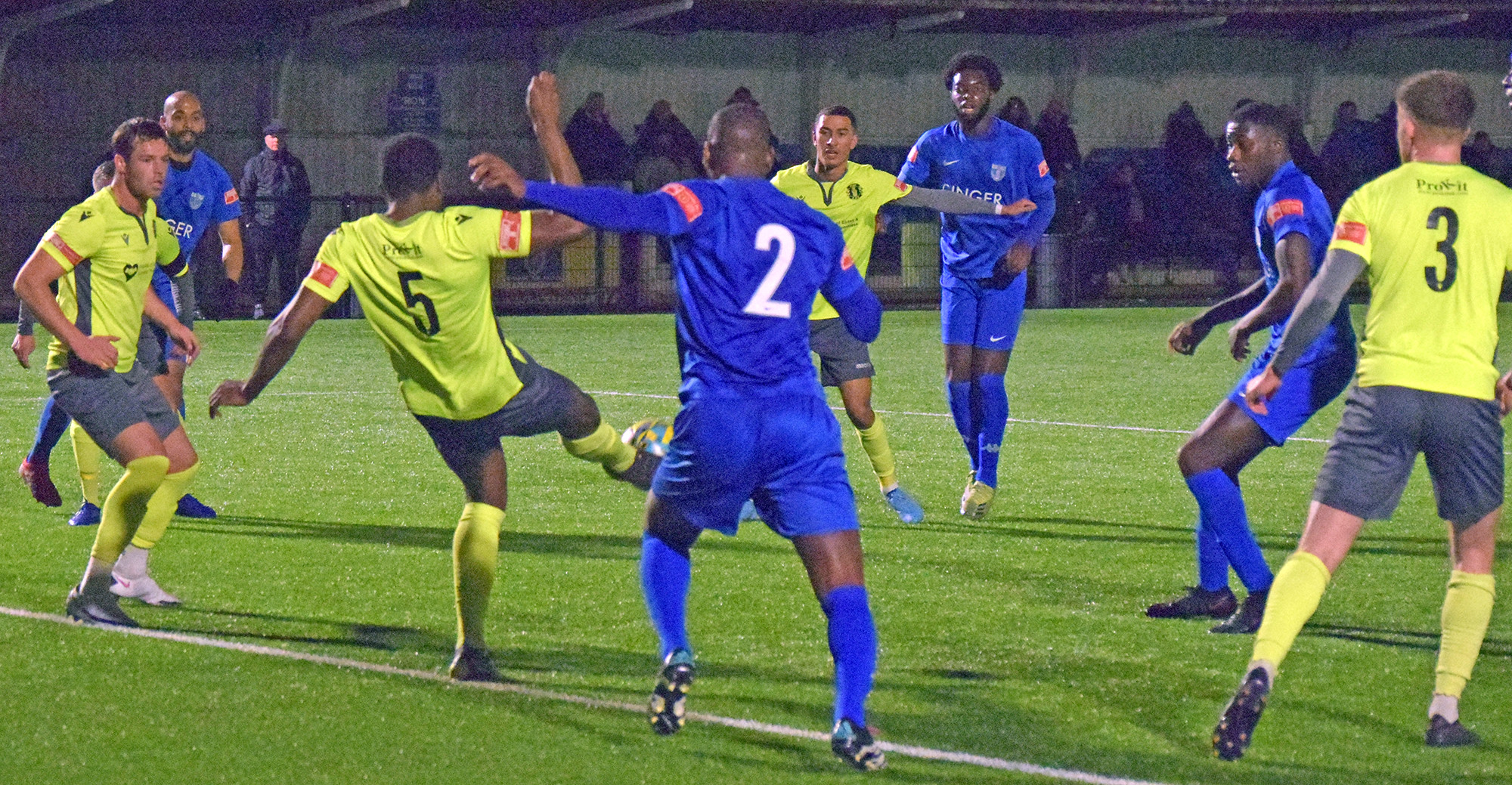 Despite the result tonight’s performance was as different from Friday evening’s as day is from night, the problem of not taking our chances persists and, in the end, it cost the Blues a point or three as Lewis Clark’s goal was enough to secure the points for Grays.

With Harvey Browne departing for pastures new and injuries to George Purcell and Jay Leader Charlie MacDonald’s options were a bit limited.

It was Grays who were out of the traps first and a dangerous looking free kick flies over the bar, they continue to crank up the pressure and the corner count, James Shaw does well to punch the ball away under pressure as the ball seems to be spending most of the time in the home last third. On 15 minutes the decisive goal arrives when Yemi Adoyele gives away a free kick from which the ball is played across to Lewis Clark and he slots home. There is however a positive reaction to going behind and after 23 minutes Kieran Jones finds Tom Salter who twists and turns and his shot is then deflected behind for a corner, the flag kick is then recycled by Elliot Omozusi to Osa Otete who runs into the box but fires his shot over the bar. Otote’s next foray into the visiting area sees him cross to Jones who can’t untangle his feet and the chance goes begging. With twenty minutes of the half left Barking create what must be described as a golden chance: Kenidi Dariri wins the ball and sets Kieran Jones away and he decides to square the ball to Charlie Heatley who stretching puts the ball over the bar. Otote has another shot that unfortunately clears the bar, half time arrives and it gives those of a Barking persuasion time to reflect on what has gone before.

After just four minutes of the second half it’s Dariri again who wins the ball and plays Heatley in on goal and despite getting in a good shot it is saved by Grays keeper Danny Sambridge at the cost of a corner. It takes twelve minutes for another chance to be fashioned and Dariri is again the provider and Heatley is the recipient and this time he gets in a shot which some supporters behind the goal think is in but it ends up the wrong side of the goal. On 72 Heatley fashions his own chance and despite appearing to be fouled stays on his feet, moves closer to goal and unleashes a low hard shot that cannons off the base of the post and at that point you do wonder if it’s not going to be your night. Throughout the second half although Grays threaten our goal, the overall danger is kept at bay and James Shaw is well protected and really doesn’t have a save to make. Three minutes from time Heatley is fouled but the referee plays advantage as the ball falls to Otote who goes through and shoots but Sambridge is equal to his effort. This was the last chance of note and Barking frustratingly slip to another defeat.

We hit the road again on Saturday as we travel to Aldiss Park for our longest road trip of the season to take on Dereham Town in our next league match. 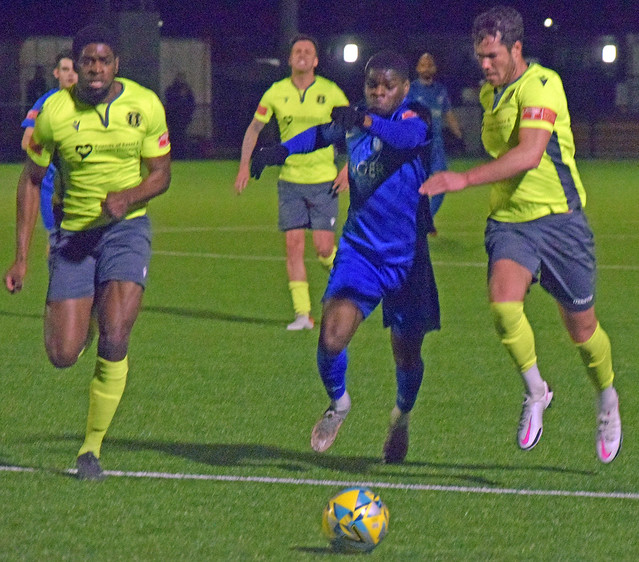