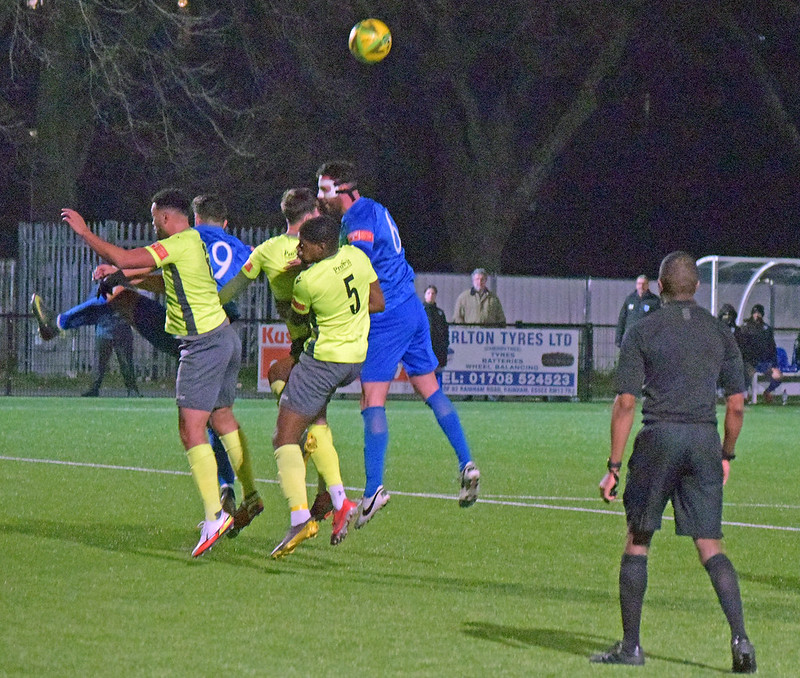 A hat trick from Freddie Parker, a James Folkes header and an absolute screamer from Tom Salter put Grays Athletic to the sword at Mayesbrook Park and booked a place in the Essex Senior cup quarter finals at home to Concord Rangers and our first appearance at this stage since 2013. This result no doubt left Grays shaking their heads and wondering what had happened after trailing by a single goal at the break Barking came out and scored three times to leave the result in no doubt.

Parker’s treble was the first since Junior Dadson against Dunstable Town in September 2021 and the first in the Essex Senior cup in 32 years when Simon Quail scored three against Colchester United on our way to winning the ESC in 1990.

Both teams fielded strong line ups and although in the early stages play swung from end to end, there wasn’t much in the way of goalmouth action. Barking edged in front on eleven when a move involving Kieran Jones, Louie Dillon and then Harvey Browne’s cross was rescued by George Okoye who teased the visiting defenders before setting up Freddie Parker who slotted home from close range.

Grays were not unduly concerned about this setback and have the ball in the net from a corner but it is disallowed for handball. Okoye wins the ball and advances to on goal to fire in a shot which is just wide. The visitors come close to an equaliser on 26 when Aron Gordon’s dipping shot hits the bar and in the follow up Barney Williams clears from near our goal line. Ten minutes later Grays are level when Kenedi Dariri misplaced pass is seized upon and James Smith is given the chance to equalise which he does with ease. Barking probably should have been back in front just after when Okoye and Parker combine, the ball is squared across the box and the incoming Charlie Heatley is just too high with his effort. Immediately Grays go straight up the other end and Joe Paxman’s on target shot is turned behind by James Shaw at full length for an impressive stop. With four minutes remaining in the half Barking break away from a Grays throw in and Dillon finds Heatley who plays in Freddie Parker who puts the Blues back in front. 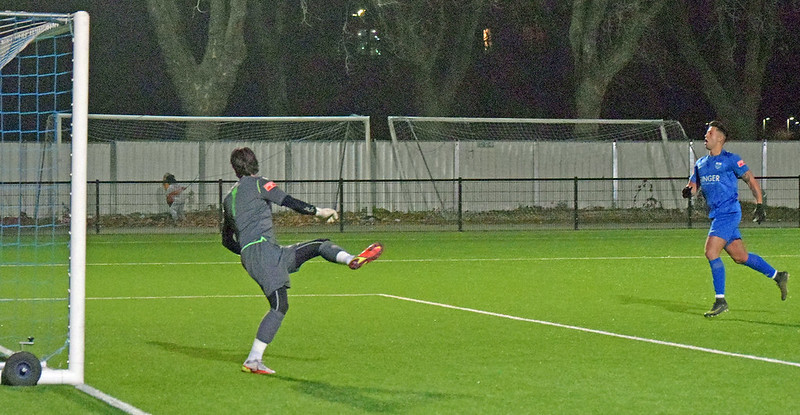 There is just enough time for another chance as Parker turns provider and Jones’ shot is only just past the post.

Grays were sent out early for the second half but within three minutes of the restart the home side are further ahead: from a clearance by half time sub Elliot Omozusi, Parker smartly wins a corner which is taken by Jones finds the head of James Folkes who bullets the ball into the net. 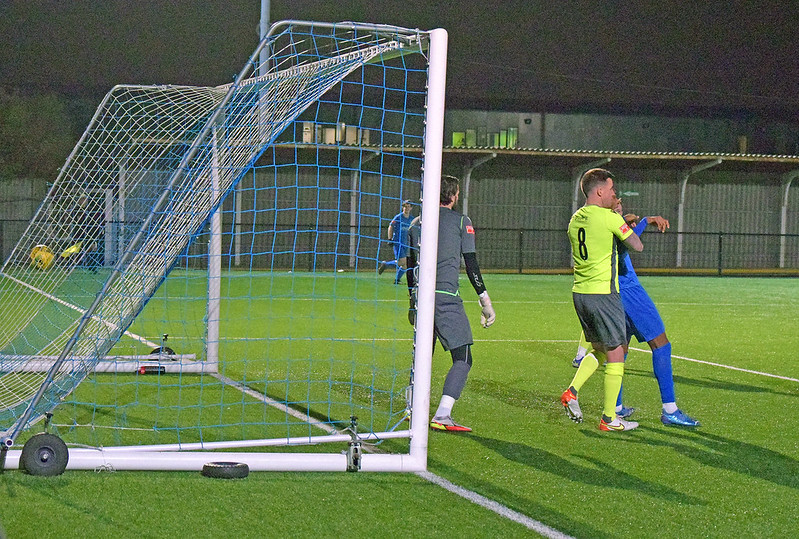 There is nearly a way back for Grays as Gordon finds the well placed Anointed Chukwu but he puts the chance over the bar. On the hour following good build up play by Parker sets up Heatley but his shot is unfortunately blocked as Barking start to crank up the pressure. Just a minute later a long ball is held up by Parker and he lays it off to Heatley who goes on to deliver an inviting cross and enable Freddie Parker to complete his hat trick with another calm finish. 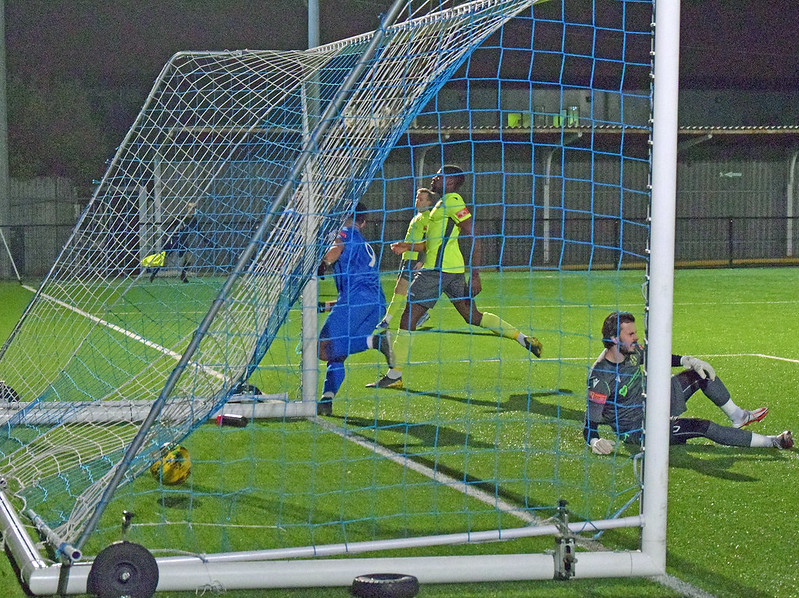 The goal of the game was scored on 67 and again Heatley is involved by winning the ball to set up Tom Salter who unleashes an absolute thunderbolt which Grays keeper Danny Sambridge can’t even get close to. 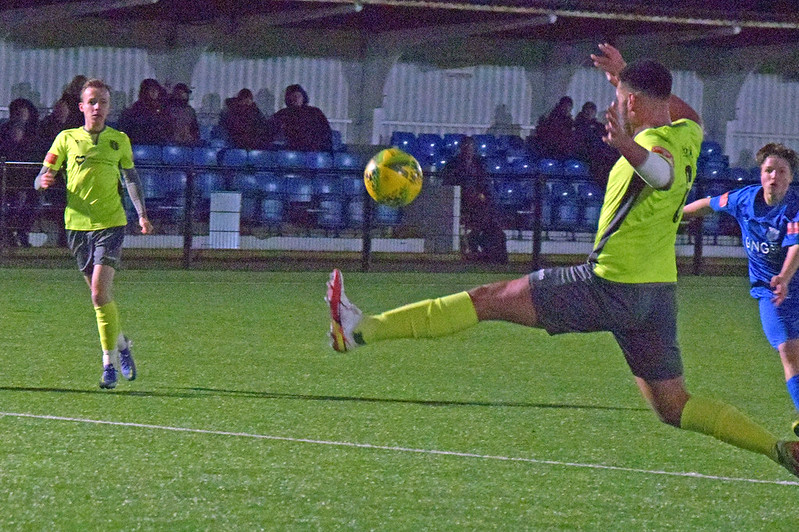 Chukwu reminds Barking that the game is not over on 73 by firing in a shot which again Shaw has to go full length to deal with. Parker nearly has a fourth but Geofrey Okonkwo clears his goal bound shot off the line after good work from Osa Otote who had only just entered the fray. Barking should have had a sixth as Otote is causing trouble but Heatley sees his shot blocked and after Salter recycles the ball back to Jones his effort suffers the same fate. However, the misses did not matter and we now entertain the Beach Boys of Concord on a date to be confirmed.

It is back to Mayesbrook Park on Friday evening as we search for league points to move us up the table and we entertain Aveley who are currently sitting in second place. Kick off is at 7:45pm. 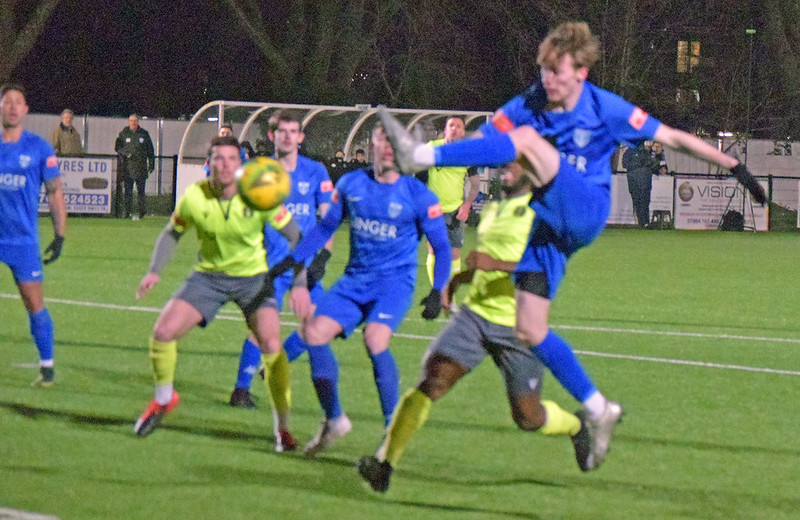