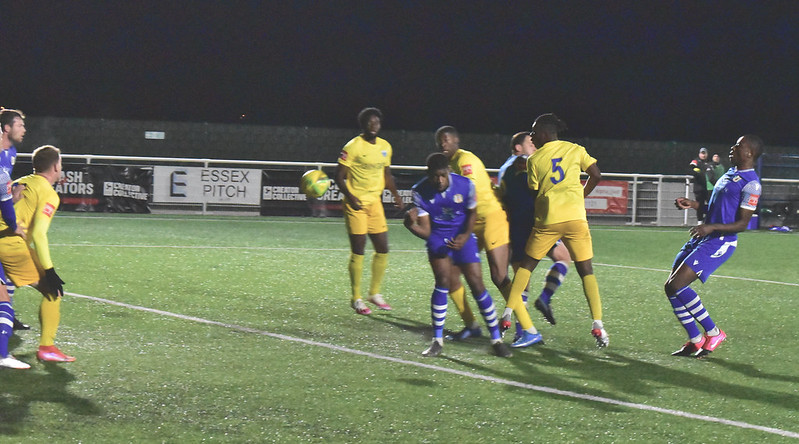 BARKING NO CHARLIE’S FROM THE SPOT

New readers start here: following the departure of Justin Gardner on Sunday, Charlie MacDonald has assumed temporary responsibility for first team matters until a permanent appointment is made.

Barking won their fifth consecutive penalty shoot out to claim a place in the third round on a bitterly cold evening at Parkside after a blank 90 minutes with Riccardo Alexander-Greenaway striking the decisive spot kick on his final Barking appearance as his loan period finishes after this match.

The interim manager’s first selection featured a number of players from the squad that were so soundly beaten by Stowmarket on Saturday with Malik Jiriemi the new face.

There was a tentative start from Barking which after a poor run of form is probably to be expected and they paid the price on 16 when Adeyemi Ayodele conceded possession and James Shaw has to turn the ball behind for a corner. Barking reply with a Kieran Jones run that takes him into the box and the ball breaks to Darnell Goather-Braithwaite who shoots wide. 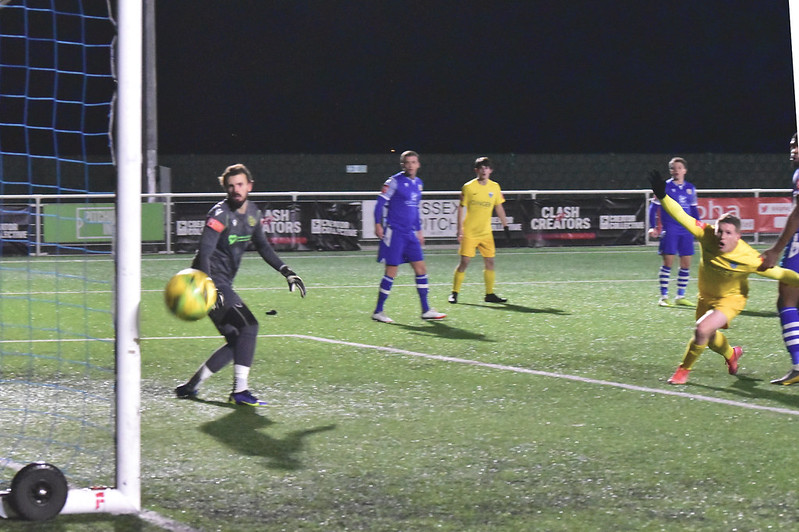 As the half hour approached a cross from debutant Jiriemi causes the home defence problems and Goather-Braithwaite seizes on the loose ball but again his effort is wide of the mark. Joe Wicks delivers a dangerous looking cross which wins Barking a corner and Jones’ flag kick goes across goal to Ayodele who has his shot blocked. Five minutes from the interval a dangerous home cross goes begging but the ball is recycled back to a Grays player who forces Shaw into a save that keeps Barking on level terms at the break.

An early Grays corner leads to danger for the Barking goal and a massive goalmouth melee occurs but thankfully the ball is eventually cleared. On 56 kick a breakaway from our own free leads to a home shot on goal which Shaw blocks, three minutes later Jones’ run takes him from defence to the Grays box and results in Goather-Braithwaite bearing down on goal, but his shot is saved by home keeper Danny Sambridge. Just after the hour Shaw is replaced by Eddie Allan between the sticks, another Barking sub Sak Hassan plays an enticing ball to Jones who in turn finds Charlie Heatley but his effort is blocked. With 75 played Kai Brown of Grays is through and clear, but Allan is quick from his line and foils his effort, five minutes later and Jones is again the provider finding our third sub George Purcell whose floated shot just clears the bar. 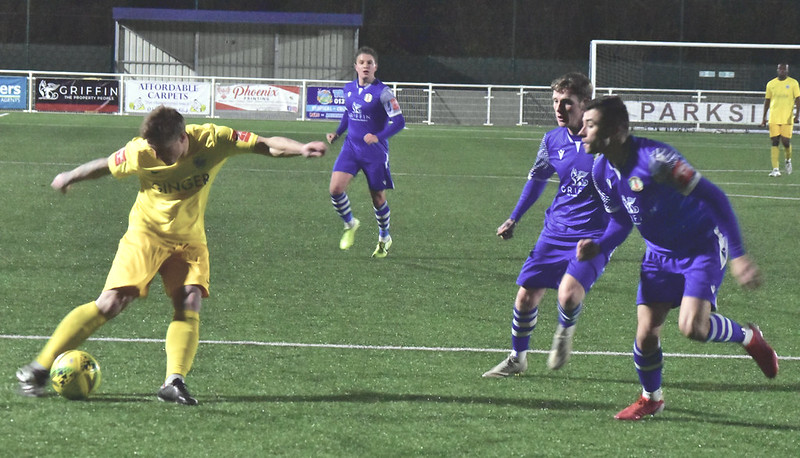 Six minutes remain when a free kick for Grays is played across goal and their attacker hits a shot which looks a cert for the bottom corner of the net, but Allan dives to keep the ball out. Neither keeper is further troubled and at the final whistle the tie goes to penalties.

Grays went first and David Knight, Joe Paxman, Freddy Moncur and Danny Gould all scored with Charlie Heatley, Sak Hassan, Darnell Goather-Braithwaite and James Folkes successfully replying for Barking. Unfortunately, in these shoot outs someone has to fail and when Kai Brown stepped up his shot struck the post, hits the diving Allan and bounces away from goal. It was left to Alexander-Greenaway to beat Sambridge and book our place in the next round.

On Saturday we are away again to AFC Sudbury in a Isthmian League North match with a 3pm kick off. 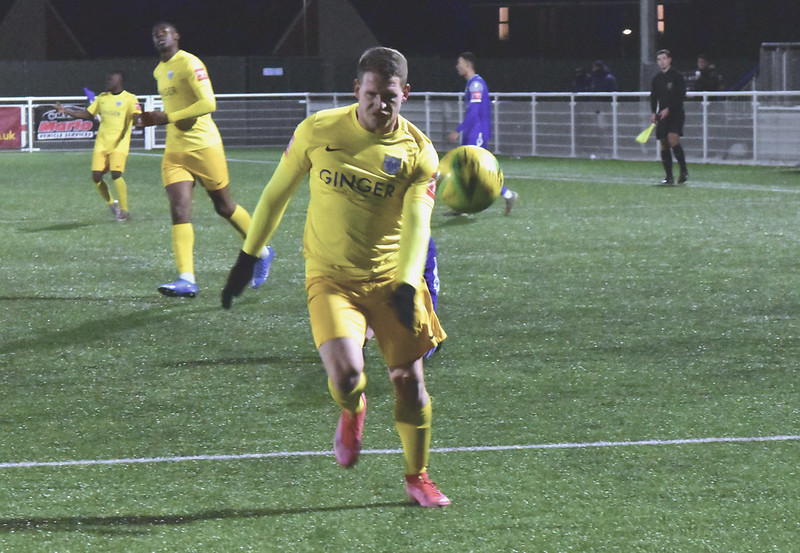