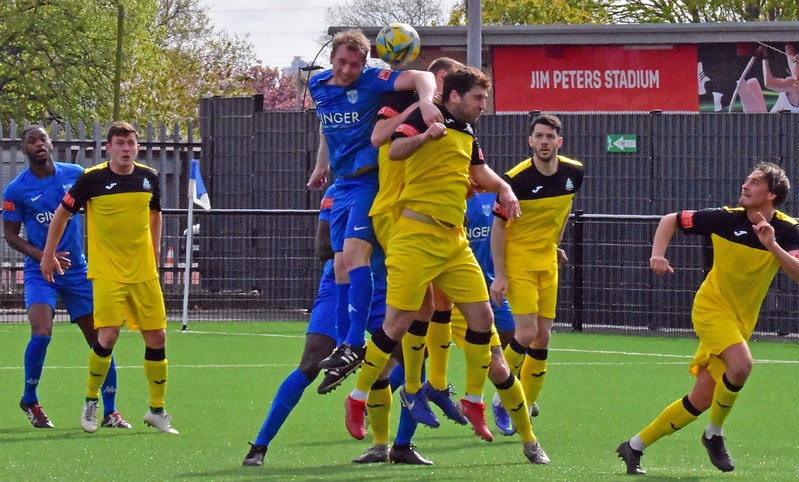 Barking require a miracle on the final day after today’s defeat to Great Wakering Rovers. The day started well after George Okoye opened the scoring but goals either side of half time from Morisi Gelashvili and Alex Clark secured Rovers status in the Isthmian League North for another season.

An ideal start became the great start for Barking after five minutes as a driven ball by Troy Walters across the box from the right wing found George Okoye at the far post who duly despatched the ball into the roof of the net.

Finley Thackway was forced into action for the first time after 16 minutes as he saved well from Mavanga-Kithambo. Okoye nearly had his second moments later but his lifted effort was over both the goalkeeper and the bar. Wakering were in the ascendancy however and had a deserved equaliser after 30 minutes as another right wing attack forced a good save from Thackway – the resulting corner wasn’t cleared with the ball being looped back into the far post for Morisi Gelashvili to nod home from close range. Wakering had a foothold in the game and Jaden Crowhurst should have converted from a left wing cross with five minutes of the first half remaining but he dragged his effort wide.

Barking started the second half on the front foot but without testing Jack Riddell in the Rovers goal, but it was Wakering who took the lead after 52 minutes as Alex Clark worked his way into the box and powered the ball across Thackway and into the corner of the net. Barking went close after 67 minutes as a corner was headed onto the bar and the Blues failed to scramble the ball home. The Blues pushed to break a resolute Wakering defence but with little chances of note except for a powerful effort from Folkes which was tipped over with ten minutes of the second half left. 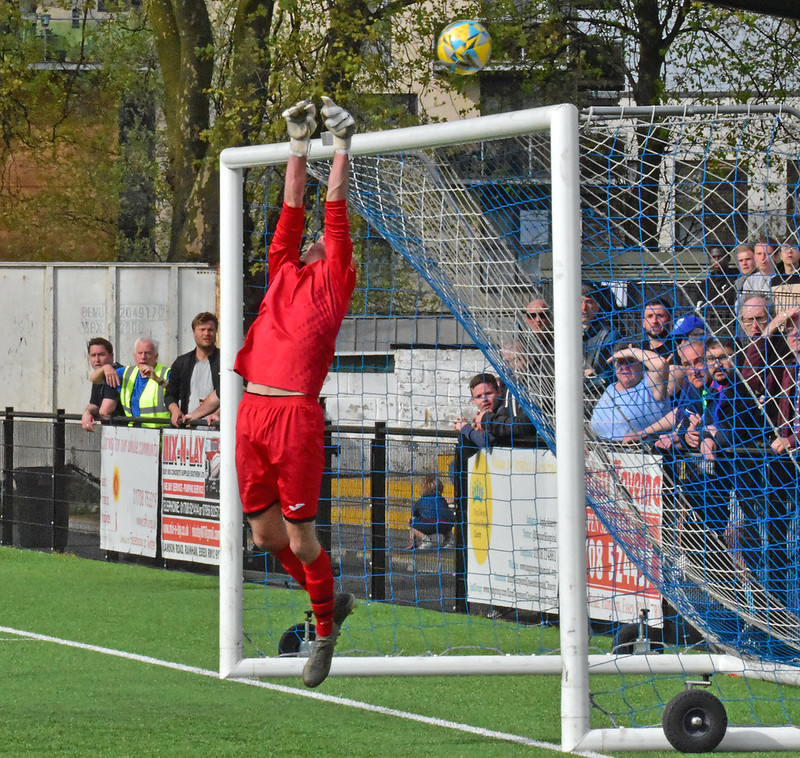 That apart the game came to a close with no further scoring.

We now have one game left at Tilbury and require a win and hope that Mayesbrook tenants Romford pull off a massive favour in defeating Witham Town so that we can finish in the relegation play off spot. The game at Chadfields kicks off at the usual 3pm. 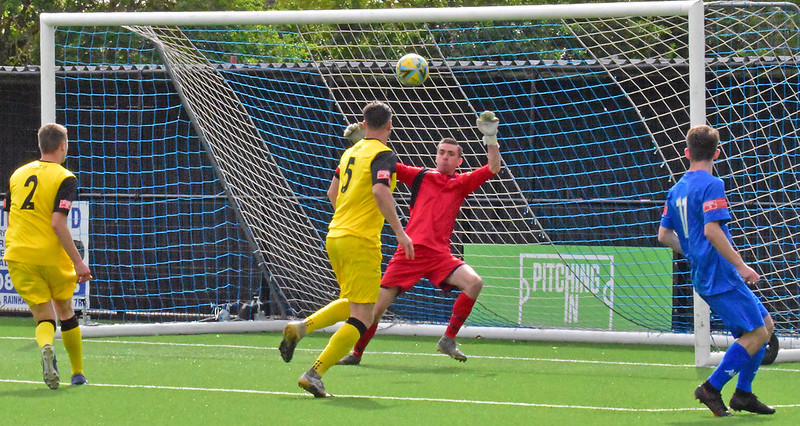