A GOOD FRIDAY AFTER ALL

Another crunch game for both teams but at the final reckoning Barking after an early setback sizzled in the sun and Hashtag United suffered a dent to their promotion play off hopes as the Blues moved up one into the relegation play-off place. This may only a temporary change as Witham play AFC Sudbury on Saturday but it does give us hope if we can manage to take maximum points from our two remaining games.

This was our first away win since we beat Romford 3-2 at the end of August and of the subsequent 15 games: five have been drawn and the remainder ended in defeat.

Besides having a former Blue in Jay Devereux in charge Hashtag fielded some former players in Eli Benoit, Kiernan Hughes-Mason and Kojo Apenteng.

Even at an early stage Ben O’Brien was getting through an immense amount of work, this continued throughout the game and he rarely lost a heading duel let alone a tackle. Quite rightly afterwards he was named our man of the match, but that is not to take anything away from the rest of the team who all stepped up when needed to secure this vital win.

The game started at pace with the home side trying to move the visitors around but the first real chance when a throw in lands at the feet of Kieran Jones but his effort just clears the bar. Hashtag move ahead on seven minutes when a cross is delivered and Luke Hirst gets between Elliot Omozusi and Finley Thackway to score. The worrying element after the goal was that although the Blues were not playing that badly they were creating very little and not holding onto the ball properly, coupled with Jermaine Francis of Hashtag was causing problems across our back line. But gradually they tightened up defensively and gained a foothold back in the match. After 20 minutes Yemi Ayodele and it did seem that set pieces might provide a way back in to the game. The best chance on an equaliser arrived on 36 when George Okoye plays an excellent ball across the box for the incoming Kieran Jones but Tags keeper Anthony Page is quick off his line to block the effort. Five minutes from the break we are on level terms when a Jones corner leads to melee and George Okoye cheekily back heels the ball into the net. 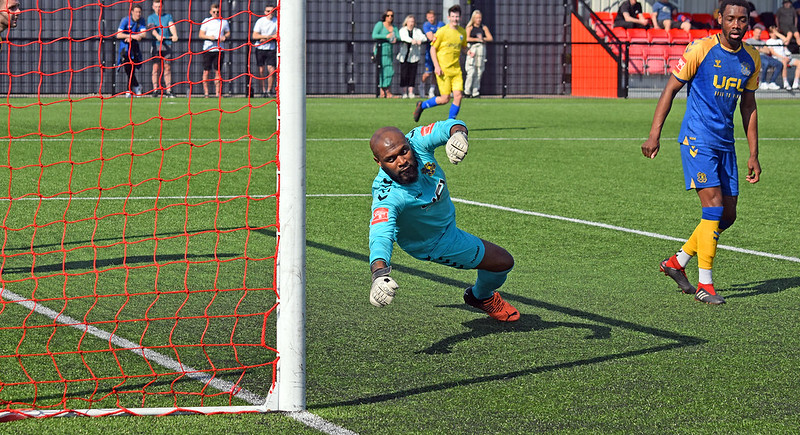 Barking hold onto until the interval but there is a sting as Barney Williams suffers an injury and has to be replaced by manager Charlie MacDonald.

The reshuffle at the break sees George Okoye go to left back, Troy Walters move out wide right and MacDonald take up the central striking role. After just a minute a Walters cross is passed back to MacDonald by Jones and the managers shot is blocked by Eli Benoit with everyone of a Barking persuasion shouting for handball, penalty or not it’s a good start to the half. There is one dangerous corner which Thackway puts the ball over the bar and on the hour Ayodele lets the ball bounce and when a home forward takes advantage to power in on goal, he redeems himself with a well timed tackle. Then Walters finds Markos Touroukis in the box and his shot takes a deflection and Page has to tip it over the bar. Hashtag earn a free kick from a foul by Okoye but former Blue Kojo Apenteng shoots straight at Thackway. With 66 on the clock the winner arrives as MacDonald is fouled, the free kick is headed back across the box by Kenedi Dariri to the incoming Kieran Jones slams the ball past Page for 2-1. 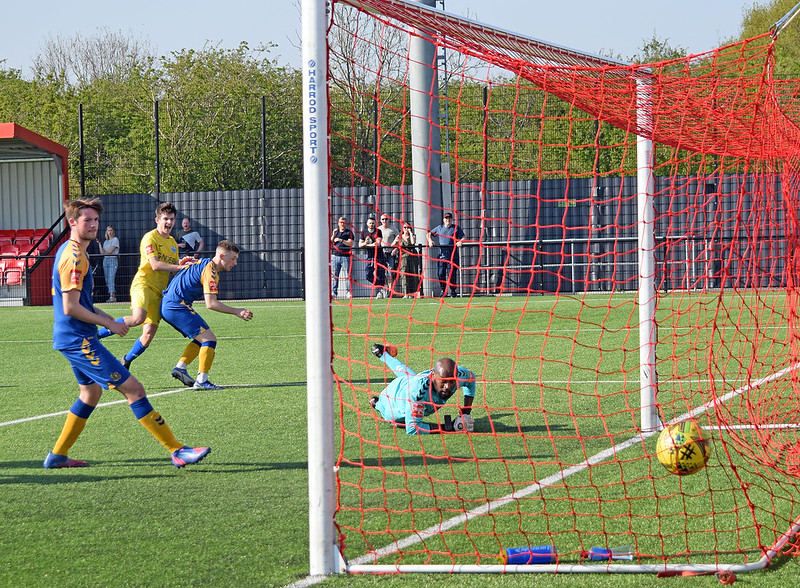 As expected Hashtag try to ramp up the pressure in search of a goal or two but Barking rolled up their sleeves, dug in and apart from some shots that ended up wide we did not look like conceding again and where possible we got forward in search of a third but neither side could fashion any chance of note and Barking bagged what could be a very important three points when the season closes on April 23rd.

We are back to Mayesbrook Park on Monday afternoon as we take on Great Wakering Rovers in our last home game of the season with a 3pm kick off. 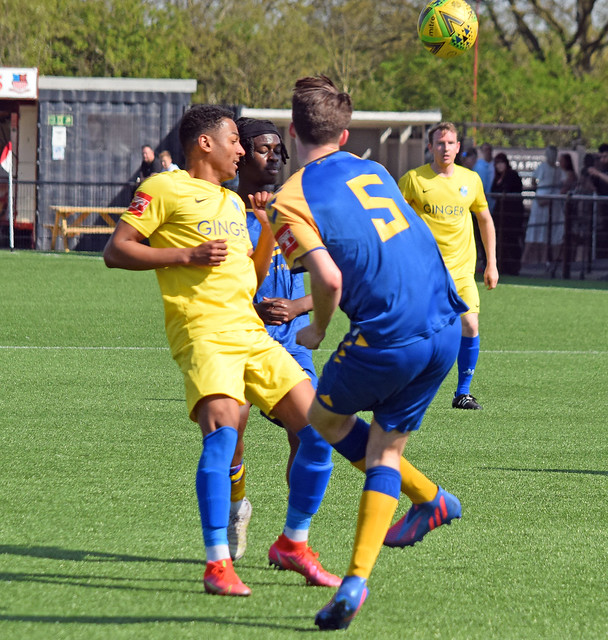