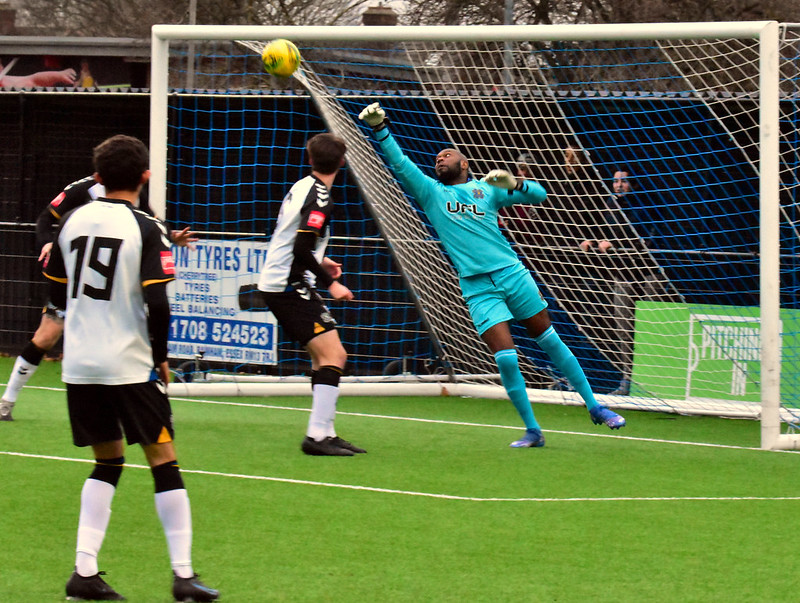 Barking were given a lesson in clinical finishing as they held their own against Hashtag United but were punished defensively as the Tags ran out 3-1 winners. Goals at the start and end of the first half for Sam Bantick and Luke Hirst respectively gave them a cushion – before Bantick scored again in the second half. Jess Norey got a goal back for the Blues with enough time on the clock but Barking couldn’t mount a second three goal comeback of the season.

Hashtag took the lead after three minutes as Barking failed to properly clear a ball into their box and a Harry Haysom cross found the unmarked and persistent Barking nemesis Sam Bantick who nodded home. Kieran Jones headed a chance for early reply over the bar after six minutes but it was Hashtag who went closest next after 28 minutes as they countered from Barking pressure but Banticks effort clipped the woodwork on its way wide. Hashtag stopper Anthony Page was forced into his first save after 38 minutes as he palmed a curling effort by Jones around the post. Page turned provider for Hashtag’s second just before half-time as his driven drop kick fell to Bantick who unselfishly squared to Luke Hirst who tapped the ball home to double the Tags lead.

The sides exchanged half chances including a powerful effort from Charlie Heatley but Hashtag capitalised on a defensive lapse after 63 minutes – the initial long range shot was saved by James Shaw but the rebound fell to an attacker who squared to Bantick who had his own easy tap in to double his tally. Barking did have a route back into the game after 69 minutes as substitute George Okoye’s cross fell to Jess Norey who after his initial effort was blocked by Page managed to scramble the ball home at the second attempt. 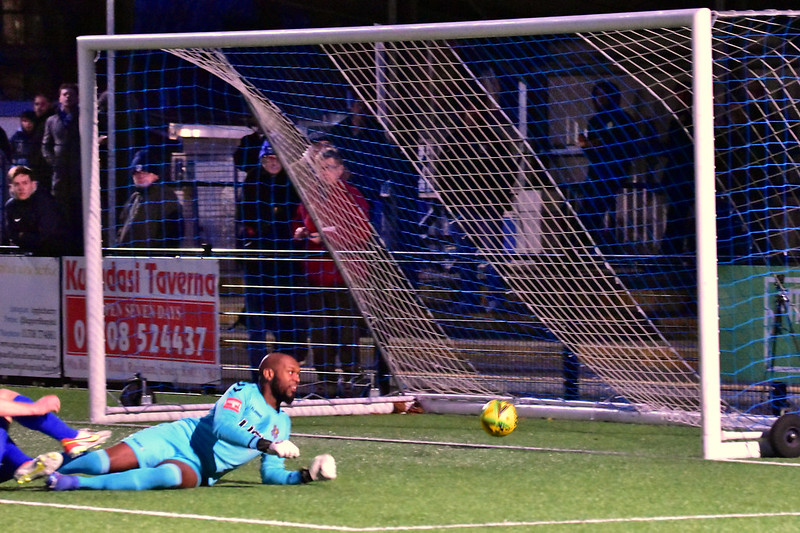 A second nearly quickly followed but despite doing magnificently to pluck Harvey Browne’s cross out of the air Charlie Heatley’s turn and shot crept wide of the post. There was time for Kenedi Dariri to flick on a corner only to see it flash past the post but it was not to be for the Blues as they fell to their first defeat in four games.

We hit the road again this Saturday and visit Felixstowe to take on Felixstowe & Walton United FC for the first time this season.