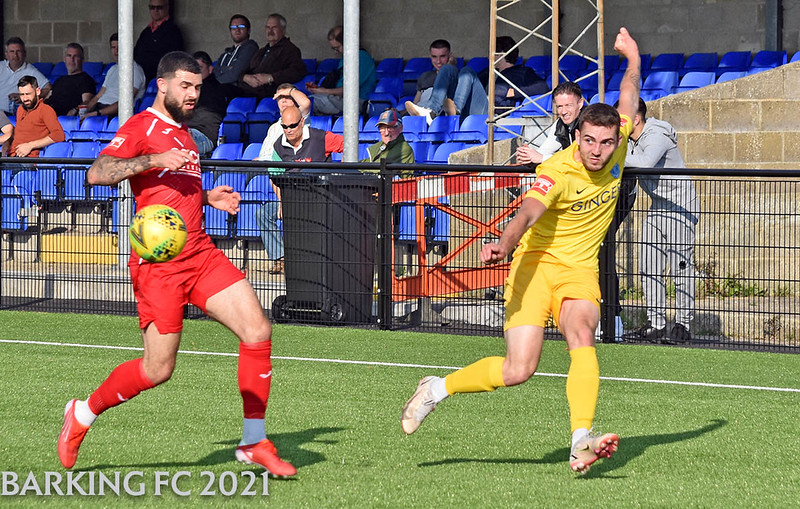 FALLING AT THE FIRST HURDLE AT HEYBRIDGE

Barking fell at the first hurdle of the FA Trophy against Heybridge Swifts who scored a goal in each half. However, the result does not tell the whole story as Barking missed a first half penalty and rattled the post in a second half that produced more than enough chances to score. When the opposition goalkeeper in this case Callum Chafer is named man of the match then it probably enough for a small piece of positivity on a day when not much else went right. Although Barking’s equivalent was our keeper James Shaw who made a number of fine saves.

On the playing front Elliot Omozusi joined the growing injury list, new signing Pepin-Junior Yassi-Pepin slotted in at centre half with James Folkes, while our other new signing former Burnley and Reading player Marcel Elva-Fountaine partnered Louis Dillon at full back. Junior Konadu made his second debut for Barking and his first game since a 3-0 home defeat to Barkingside in April 2008.

On a glorious sunny afternoon, it was James Shaw in early action as he beats away a on target shot. The visitors fashion their chance of the afternoon when a Barney Williams free kick finds Yassi-Pepin who heads back to Olu Oluwatimilehin who fires wide. Shaw is in action again on 14 saving a  Dylan Logan effort and then Barking have a let off as Heybridge miss what appears to be a open goal.. With 32 gone the home side strike as Andy Fennell who had been a constant danger collected a loose ball from a Barking throw, outpaces James Folkes and crosses for Logan to score. Four minutes later and we are close to being two behind as another Heybridge break forward finds Jason Mason, but Shaw is more than equal to the effort. Six minutes from the break Barking are awarded a penalty when Osa Otete’s cross hits the arm of Chris Gregan and the referee points straight to the spot. George Purcell takes the kick and like Tuesday the home keeper guesses right and saves the penalty, unlike Tuesday there is no rebound to pounce on and the ball is safely gathered by Callum Chafer. 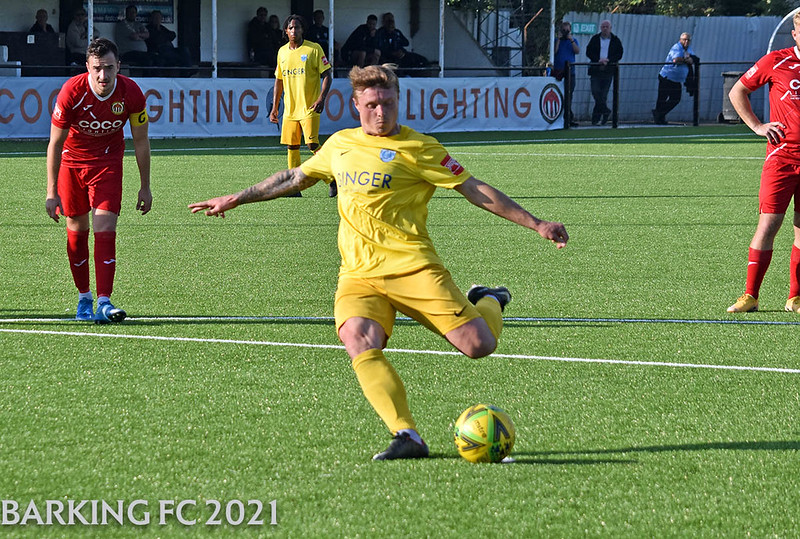 Near half time a disputed corner finds Purcell but he can only put his effort wide of the goal.

At half time Junior Konadu is replaced by Kieran Jones and Barking start on the offensive in search of an equaliser. Two minutes in and Charlie Heatley wins the ball and plays in Purcell but Chafer saves well from the Barking striker. On 54 Barking win a corner, Williams takes it and James Folkes powerful header finds the post not the net and the goal frame is still shaking as the ball is cleared. Four minutes later Osa Otete moves inside and shoots but Chafer again is equal and palms it away. Then Kieran Jones starts and finishes a move, he finds Heatley whose tempting cross eludes Purcell and Jones sliding in can only put the ball past the post. It is Jones again on 66 as his cross finds Purcell but he is frustratingly inches from the equaliser. 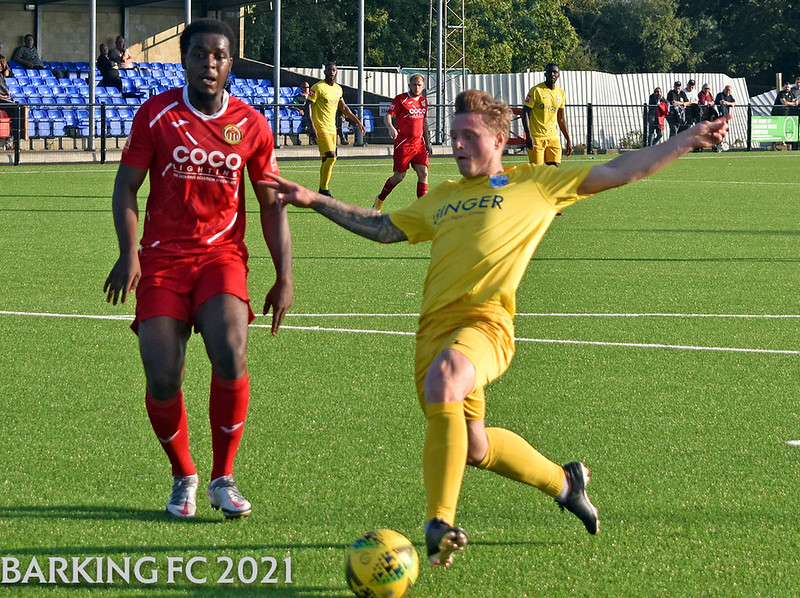 A few minutes later it is Purcell’s turn to cross but the ball is cleared off the toes of Otote before he can shoot. After emerging unscathed Heybridge begin to exert pressure of their own and on 72 Shaw again needs to be on his game to save from Jack Adlington-Pile. However, this is only a temporary reprieve as five minutes later Heybridge confirm their place in the next round as an excellent shot by Lionel Ainsworth from some distance hits the post and Andrew Fennell follows up to win the game. After that strike the game was up for Barking and despite a couple of substitutions they could not create any chances to even reduce the arrears.

We return to league action on Tuesday evening as Canvey Island who currently sit in second place in the table are the visitors to Mayesbrook Park. 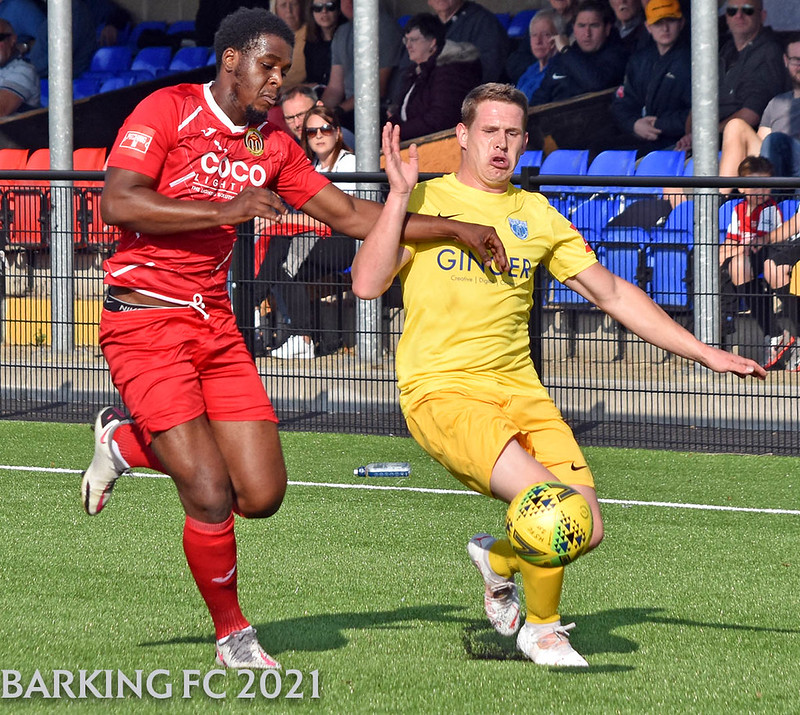