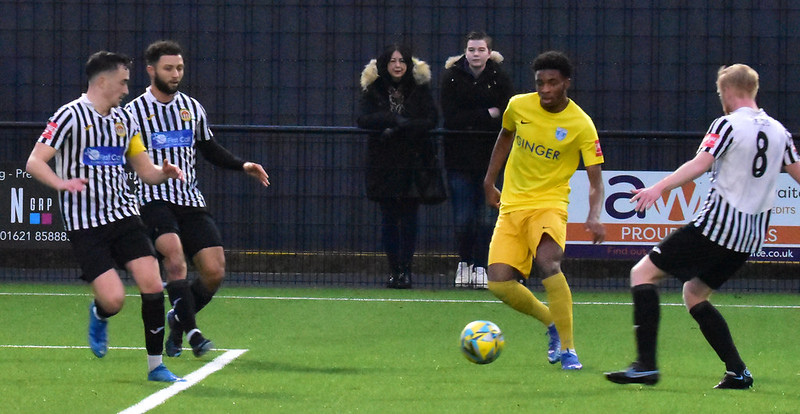 Barking suffered late heartbreak as Heybridge Swifts fought back twice in a pulsating encounter that ended 4-4.

There were problems for Barking before the game even started with concerns over COVID-19 cases within the club and players being absent including interim manager Charlie MacDonald – club chairman Rob O’Brien deputised on the bench. This gave an opportunity to Under 23 players George Okoye (which he marked with two goals) and Rahimo Charfi who was an unused sub.

After a tight start it was Barking who opened the floodgates on 21 as Charlie Heatley headed back across goal from a Maliq Jikiemi cross after good work by Adeyemi Ayodele and Jess Norey. 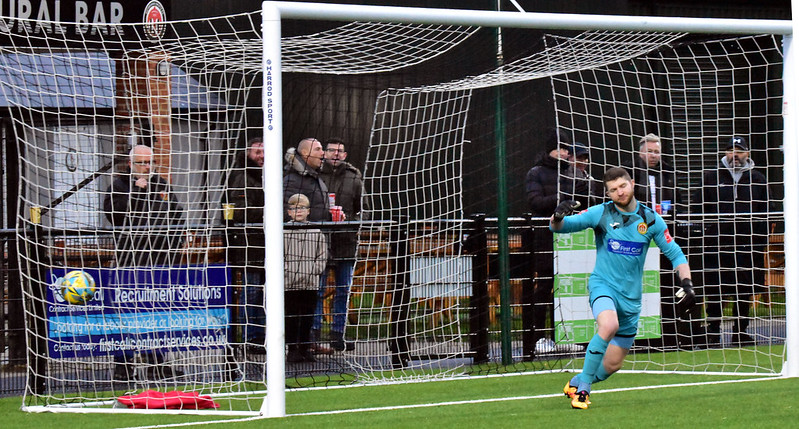 It was 2-0 moments later as league debutant George Okoye squeezed a long diagonal ball past Callum Chafer before putting the ball past the defender on the line. Heybridge fought back immediately on 24 and 29 minutes as crosses from the right wing were volleyed home by Daniel Walker and Karl Kayembe respectively. Heybridge nearly had a hattrick of goals from right wing crosses after 31 minutes but the effort comfortably cleared the crossbar.

Heybridge were in control at this point and at the start of the second half and Barking were dealt an early blow as James Folkes could not continue and was replaced by Georgie Fairhead. A long range shot deflected off a Heybridge attacker and looked to be creeping towards goal but James Shaw jumped on the ball. Heybridge continued to look dangerous, but it was the Yellows who had the best chance after 61 minutes as the returning Fairhead worked well with Heatley and managed to squeeze the ball through to Okoye in on goal but his dinked effort crept just wide. Barking did grab the lead after 67 minutes as a corner from Kieran Jones wasn’t cleared and Kenedi Dariri volleyed the ball home from six yards. 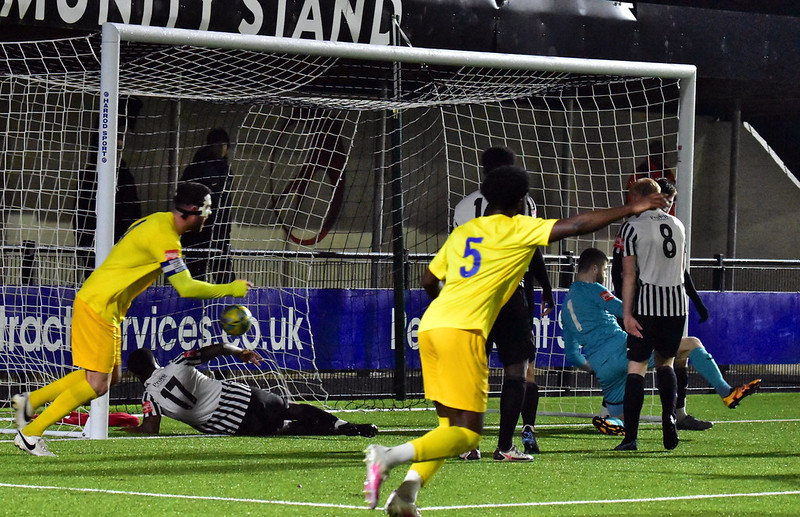 It was 4-2 after 81 minutes as George Okoye found himself in a Deja vu situation through on goal and this time his dink was successful for his second of the game. The two goal deficit seemed to spur on the home side and it was 4-3 after 84 minutes as a turn and shot from Lionel Ainsworth at the edge of the box found the corner of the net. The equaliser seemed inevitable in the 89th minute as a foul by Ayodele led to a penalty but Ainsworth’s effort was well saved by Shaw. Barking couldn’t hold on from the constant pressure and Heybridge equalised in injury time as a left wing free kick went deep into the box and found the head of Sam Carter who headed back across goal and into the net leaving Shaw with no chance.

While the Blues will be disappointed with the manner of the draw, positives must be taken considering the players missing and three of the goals coming from players recently promoted from the Under 23’s. 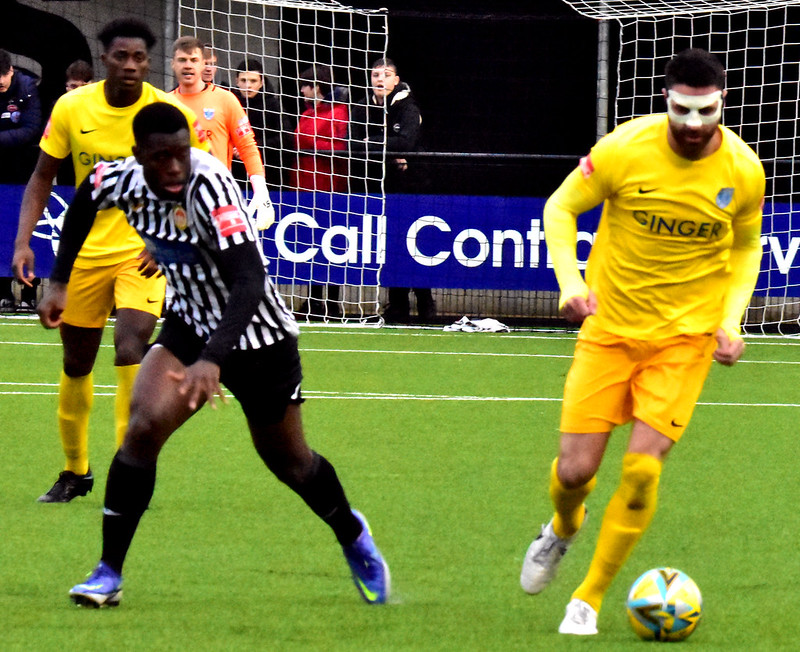