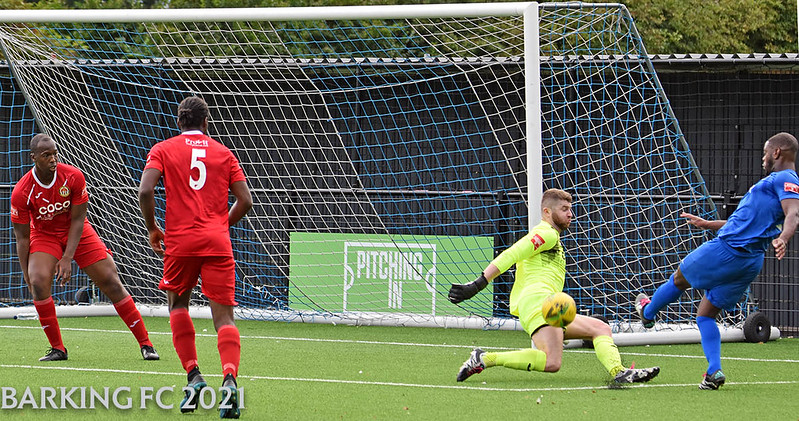 Barking glided to a comfortable 2-0 victory at home over Heybridge Swifts thanks to goals from Elliot Omozusi and Osaretin Otote. This was the Swifts third consecutive defeat at Mayesbrook Park and also their third consecutive defeat this season. This result leaves Heybridge third from bottom of the fledging Isthmian North table, while Barking are third on goal difference.

During the week the club successfully appealed Jay Leader’s red card in last Saturday’s FA Cup tie against Ilford. Louis Dillon is injured so Peter Ojemen made his senior debut as did James Shaw and Tom Salter as a second half sub.

It was Elliot Omozusi who nearly gave Barking the lead after eight minutes but his header was cleared off the line by a Heybridge defender. On 12 minutes he did the Blues the lead as another deep corner was headed down and Elliot Omozusi found time to chest the ball down and lash a volley home. 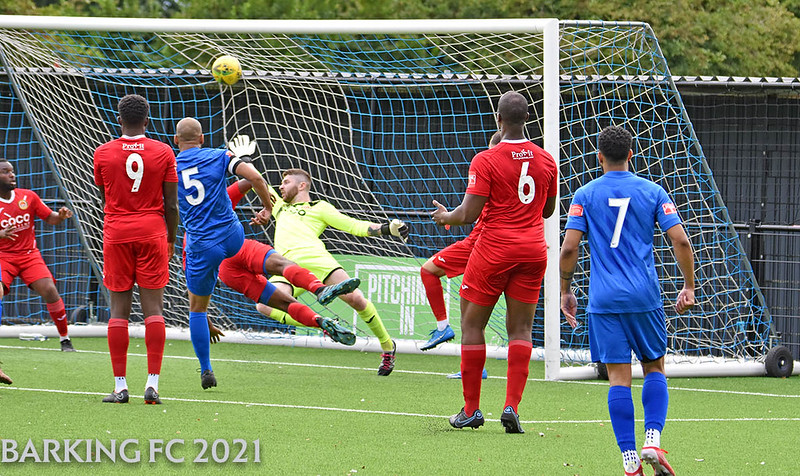 The lead was nearly doubled three minutes later as James Folkes found himself in front of goal but Callum Chafer the Swifts keeper did well to smother his attempt, George Purcell headed over from an Osa Otote cross. The final attempt of the half fell to Heybridge Swifts as former blue Alex Teniola pounced on defensive hesitancy to drive down on goal but James Shaw stood firm to deny him.

The second half saw Barking keep up the pressure, with Chafer producing a fantastic save to deny Charlie MacDonald from a close-range volley and then denying Osa Otote a minute later from a powerful half-volley. Jay Leader nearly doubled the lead twice: once from a cross and the rebound but Osa Otote was more successful after 67 minutes. Good interplay between MacDonald and Otote put the Barking winger through on goal. His initial poked effort was well saved by Chafer but the ball fell back to him and he gratefully smashed it home.

Barking did not let their foot off the gas and despite some late Heybridge pressure the Blues kept the door shut to keep their second clean sheet of the season. 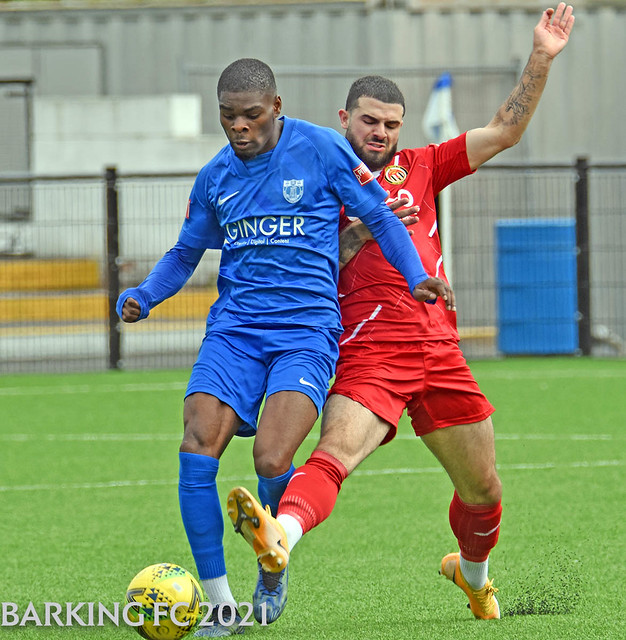