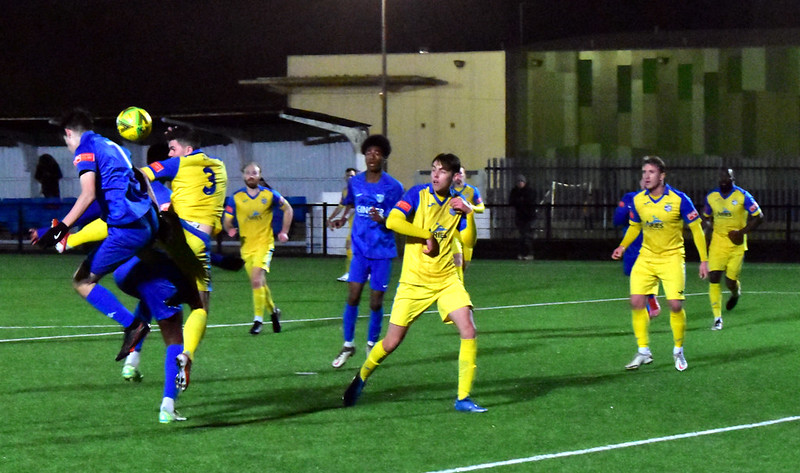 Barking failed to follow up their fine performance from Tuesday evening and bottom club Hullbridge Sports without a league win this season took advantage with two clinical strikes – one each half and extended the home side’s winless league streak.

One piece of good news was the first appearance of Jay Leader who returned for his first game since September 4th and marked his return with a goal which proved not to be enough on the day.

Barking started brightly as Osa Otete cuts inside on eight and fires wide. The home side moved ahead on 17 when Joe Wicks forces a corner, taken by Kieran Jones and finds the head of the returning Jay Leader who makes no mistake. 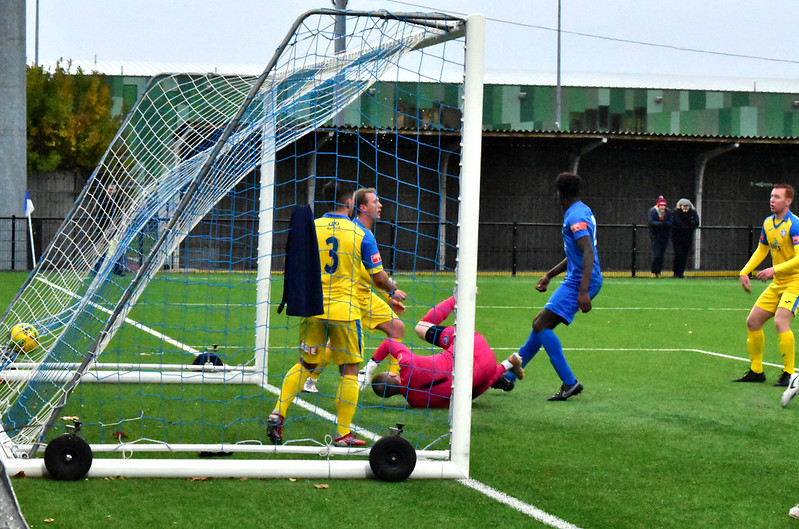 Three minutes later Jones robs a defender, bears down on goal and unselfishly squares the ball to Charlie Heatley who hits the post with the goal at his mercy. After this the visitors come more into the game, taking advantage of Barking’s uncertainty as they make inroads down the Blues right flank. A Sports free kick ends with James Shaw having to tip the ball over the bar and the home keeper is in action again to turn another effort over the bar. Former Blue Ross Elsom seizes on some slack defending but being challenged can only put the ball wide. Seven minutes from the break Barking right back Kenidi Dariri is caught up field and Deago Dundar-Bonnie gallops away and crosses to George Smith who can only hook the ball wide, With the interval approaching Barking create their best chance since scoring: a good passing move finds Heatley well placed but his shot clears the bar. Hullbridge immediately punish the home side as another foray down the right ends with a cross which finds the head of Tony Stokes who gives Shaw no chance for the equaliser.

There is a muted opening to the second half but six minutes in and Hullbridge score again when a throw from the right wing falls invitingly for Stokes who again makes no mistake. Heatley has a chance for the equaliser when through on goal but he fires wide and Barking try to retaliate: a free kick finds the head of Leader but he can only head over, Although Hullbridge enjoyed the lion’s share of possession they did not really test Shaw again, seven minutes from time a throw comes to the feet of Kieran Jones but his shot clips the outside of the post and flies behind. Barking goes close in added time when James Folkes crosses and Heatley’s header clips the bar and goes over. However, Hullbridge effectively managed the rest of the game out to claim their first three points of the season.

We travel to Parkside on Monday for the fourth time this season to take Aveley FC in the third round of the Essex Senior cup, kick off is at 7:45pm.

We are at home on Saturday to Hullbridge Sports who have yet to win in the league this season and we are without a win since September – kick off is 3pm. 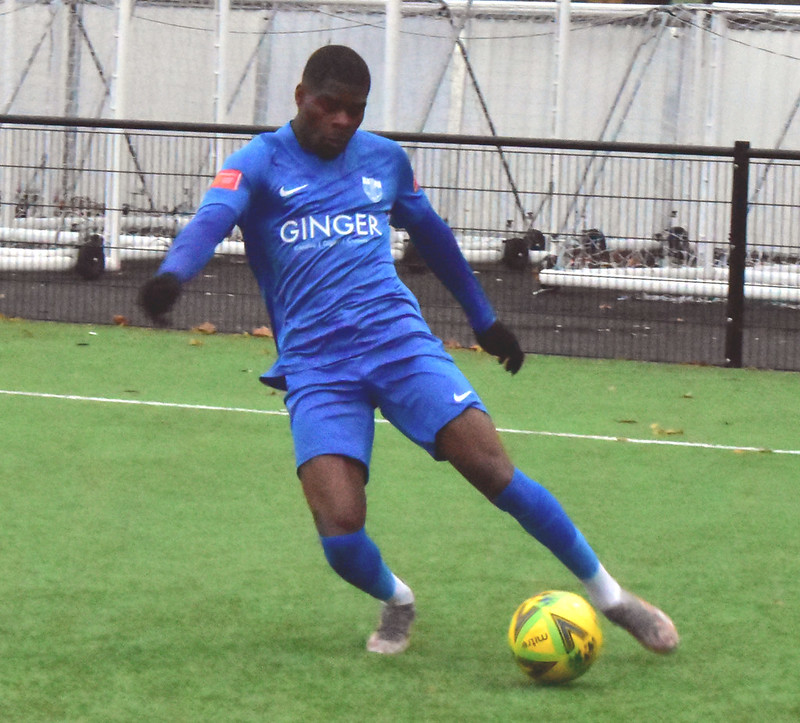