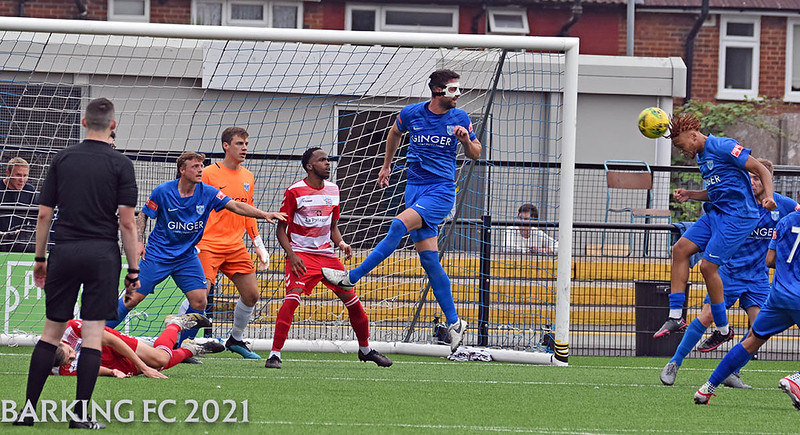 The score line was the same as the initial fixture but the result was different as Barking ran out 3-2 winners this time. Joshua Olukolu opened the scoring but two goals from George Purcell turned the score line around but Olukolu struck again to level the score before Kieran Jones side footed the ball home in the 89th minute to secure Barking’s passage.

Ilford took the lead after 12 minutes as Olukolu capitalised on a defensive mix-up between Elliot Omozusi and James Shaw to sneak in and lift the ball home to give the away side the lead. Jay Leader had a header saved and Purcell had an effort disallowed for offside before he levelled with six minutes of the first half remaining – a foul on Barney Williams gave the Blues a free kick just outside the box and George Purcell stepped up to whip the ball over the wall and into the net. 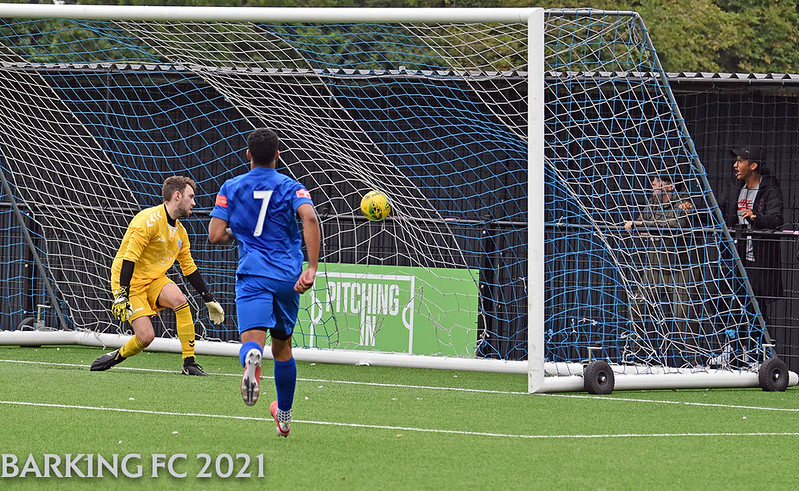 Ilford looked dangerous at the start of the second half as the Blues committed to going forward and it was only good work by Shaw that denied Ilford as their striker found himself through on goal from a counter attack but James Shaw stood tall to deny him. Ilford blazed another counter attack over the bar and were punished after 66 minutes. A corner from Williams fell back to him and he cut it back to George Purcell on the edge of the box who unleashed a thunderbolt that skimmed the underside of the bar as it found the net. 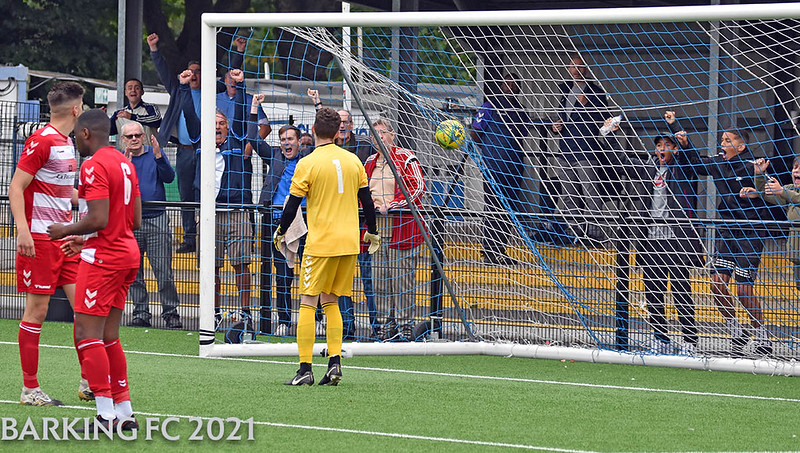 The lead lasted only ten minutes however as a long throw found Olokolu and his turn and shot took a deflection before nestling into the corner of the net. With the game needing to be over on the day extra time seemed to be looming but a quick free kick was passed to Kieran Jones who nutmegged a defender and found his way into the box where he slotted the ball home to the jubilation of the Barking fans and the clubs bank balance. 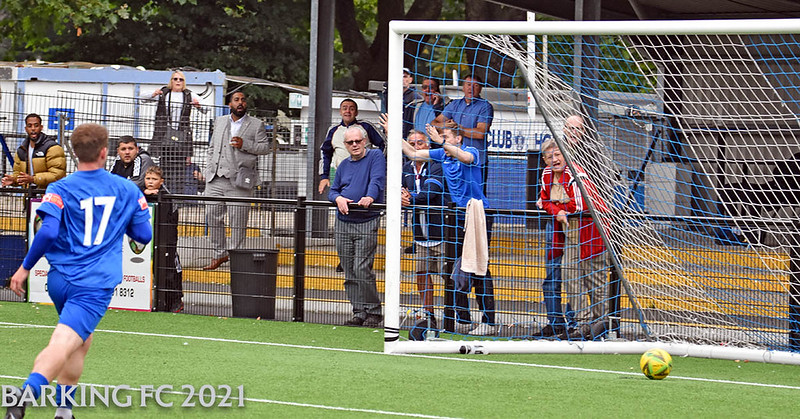 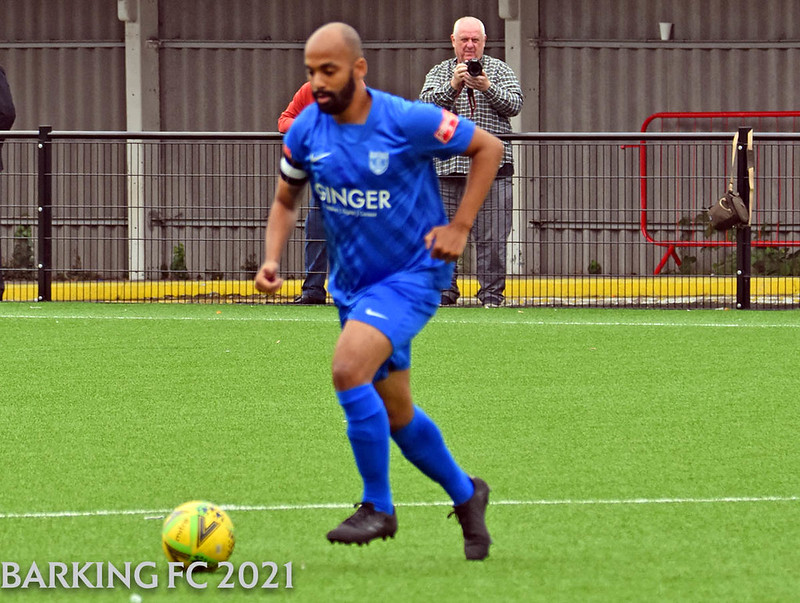