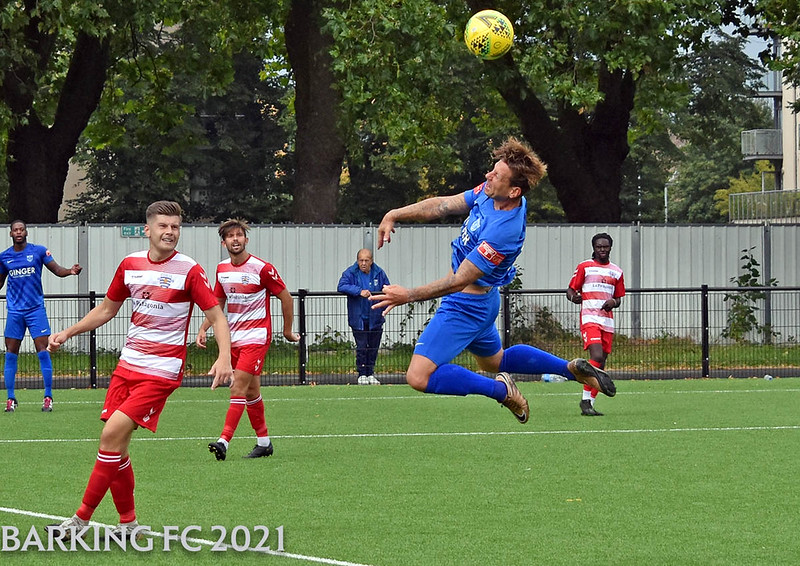 BARKING FALL AT THE FIRST HURDLE

Barking fell at the first FA Cup hurdle, beaten by a well organised Ilford who took their chances and managed the game effectively to the conclusion.

This was another game in the long running rivalry between the two teams stretching across over 200 games starting with a friendly in October 1881, specifically in the FA cup in 16 matches Ilford have now won ten with Barking only recording two wins: in 1935 and in 1965 which was the last meeting before today.

The Blues had two changes from last week’s convincing win at Hullbridge: Louis Dillon and Osaretin Otote being replaced by Jess Norey and Charlie Heatley.

Early on Barking tried to press but it was Ilford who struck first on seven minutes when a free kick was easily headed home by Lee Sharpe. 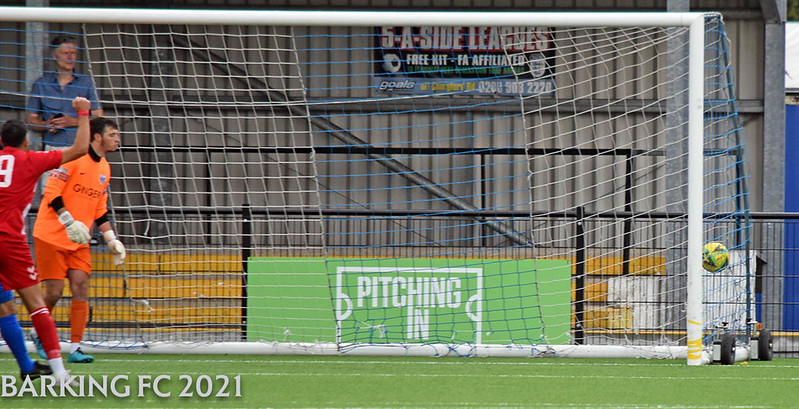 The home side nearly had an immediate response but George Purcell shot was wide. A good move saw Purcell break through but his cross is too quick for Charlie MacDonald and Charlie Heatley could only direct the ball wide. Purcell then had an audacious shot from inside his own half but it finished up wide of the goal. Barking did equalise after 25 minutes when from a Jones corner, Elliot Omozusi heads the ball back to the waiting Charlie Heatley who fires home from close range. 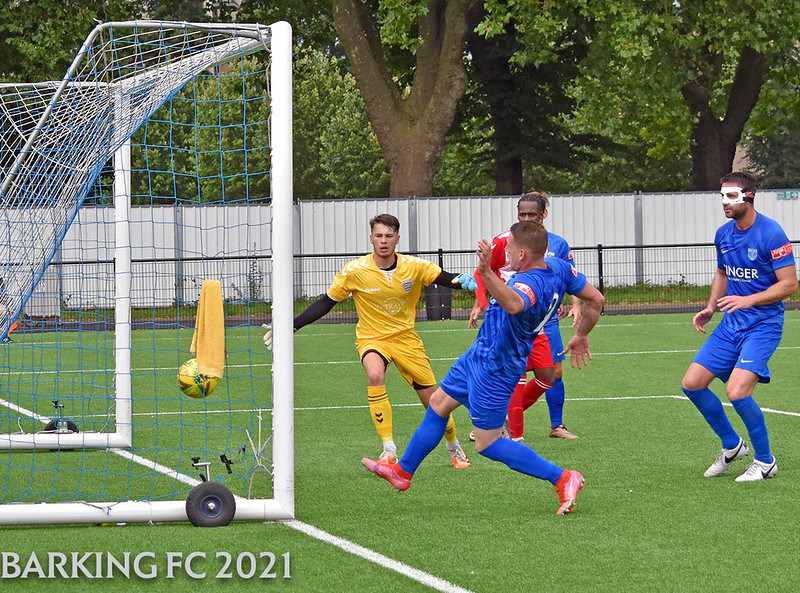 Two minutes later Purcell breaks through but his cross eludes the waiting MacDonald and Heatley. A minute before half time Jay Leader is dismissed for an off the ball incident and all of a sudden Barking’s task is made all the harder.

In the second half the visitors took full advantage of still having eleven men and only the outstretched hand of Eddie Allan turning a shot onto the bar stops them going ahead. Twelve minutes after the break Ilford do just that when the ball breaks to Rachid Qist and he is afforded the time and space to chip the ball over Allan who had come off his line. The home side try to rouse themselves and Purcell’s shot is saved by Josh Blackburn in the Ilford goal and then from the subsequent corner Omozusi’s header is blocked. Ilford look to have sealed the game on 83 Ellis Leveridge is allowed to run unchallenged and fire home, but three minutes later Charlie MacDonald is played in and reduces the arrears back to one. As full time approached Barking were denied a blatant a penalty for handball and with it went any hopes of salvaging a replay from a disappointing afternoon. 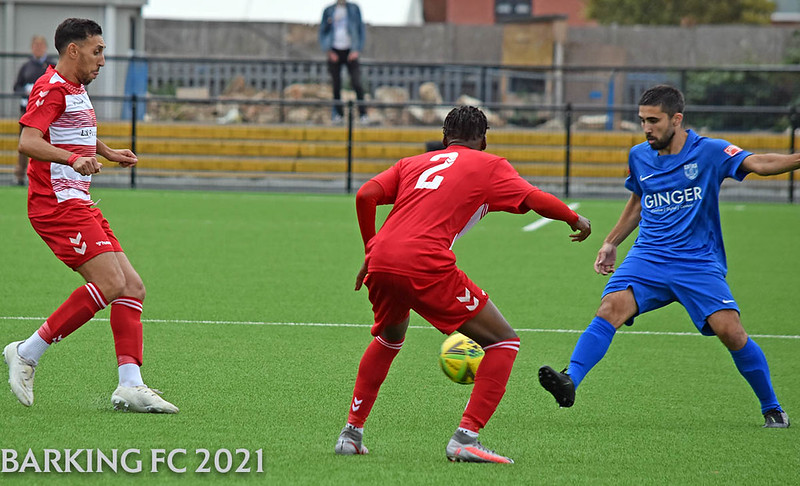