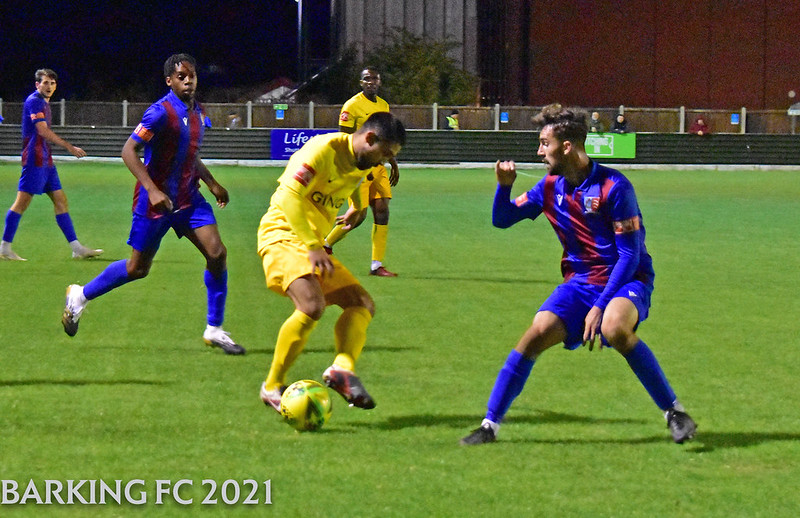 NOT MUCH RIGHT AT MALDON

Despite taking advantage of a penalty award and producing a performance that possibly deserved a point Barking could not hold out and a strike from former blue Shomari Barnwell thirteen minutes from time sentenced us to three defeats on the trot.

On the playing front the continued absence of Jay Leader, coupled with Charlie MacDonald’s head injury and Peter Ojemen’s suspension reduces Justin Gardner’s options and Ojemen apart neither Leader or MacDonald will be available for a number of weeks.

The Jammers exerted early pressure and retain possession efficiently. However, James Shaw in the Barking goal is not duly troubled but going forward the visitors show very little. The first real chance of the game arrives on 13 when a dangerous run into the box ends with a shot that is deflected wide for a corner with Shaw grounded. Shortly after a cross finds Shomari Barnwell but he heads weakly into the waiting hands of Shaw. Barking start to exert some pressure of their own with Charlie Heatley and Barney Williams linking up and Purcell’s dangerous cross is saved by home keeper Ted Collins. Back at the other end Elliot Omozusi blocks Barnwell’s shot and the referee is not interested in Maldon’s penalty pleas for handball. On the half hour Barking do have the ball in the net when Purcell’s powerful shot is palmed away by Collins to the waiting Heatley but he is flagged offside.

Seven minutes later a Williams free kick leads to a mad scramble in the home area and Heatley latches onto the loose ball and hits the bar from eight yards. Maldon take advantage of this let off and move in front with four minutes of the half remaining when a throw in is not dealt with properly and Malachi Napa latches on to the loose ball and fires superbly across Shaw into the net. Near the interval Louis Dillon clears a cross which looks goal bound and the Maldon follow up is blasted over.

The second half opens the same as the first but Maldon are kept at bay by the Barking defence while the visitors toil to fashion an equaliser. After eight minutes and out of nowhere we are level as the referee decides there is enough contact on George Purcell to give a penalty. Purcell himself fires the ball low to Collins right and the keeper guesses correctly but can only palm the ball back to the waiting Purcell who makes no mistake. 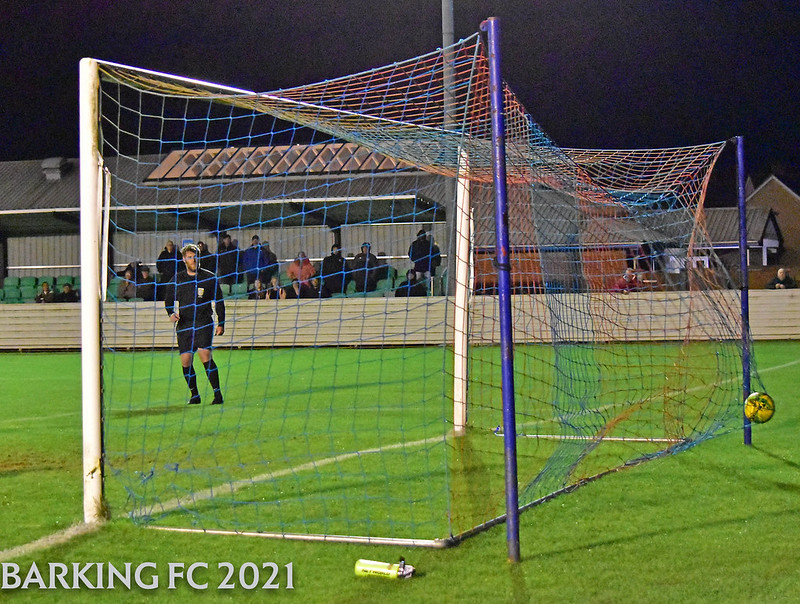 Three minutes later a free kick from Purcell some way from goal ends up going wide and then sub Daniel McCullock produces a great cross which finds Osa Otete but Collins is equal to his effort and the chance to take the lead goes begging. Maldon seal the points on 77 when Dillon fails to run the ball out and he is robbed by sub Bryan Ifeanyi, who crosses to Barnwell and he cannot fail to score past the exposed Shaw. After this both defensive units remain solid and the final chance for an equaliser comes in the fourth minute of added time when a Williams free kick leads to danger in the crowded Maldon area with the ball bouncing around James Folkes can only fire over the bar from close in.

We return to cup action as we travel to Heybridge Swifts on Saturday in the second qualifying round of the FA Trophy. 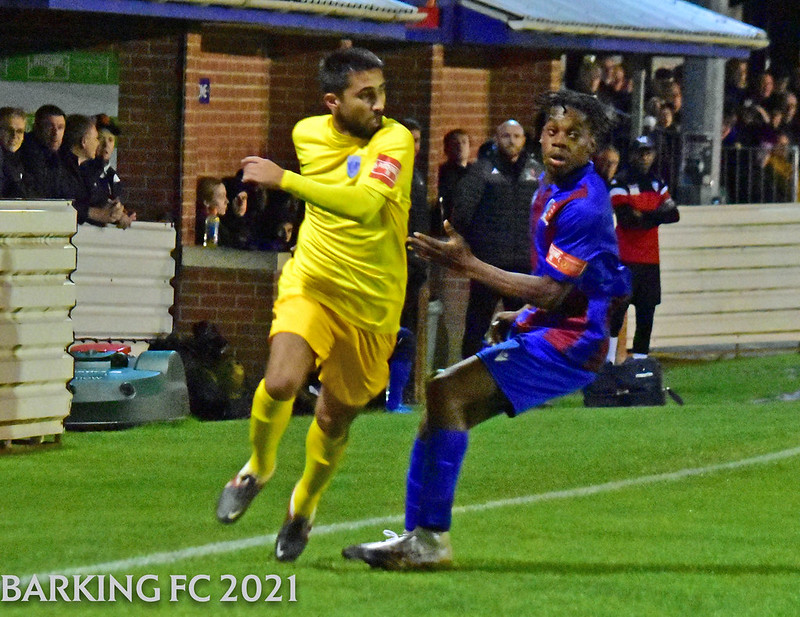