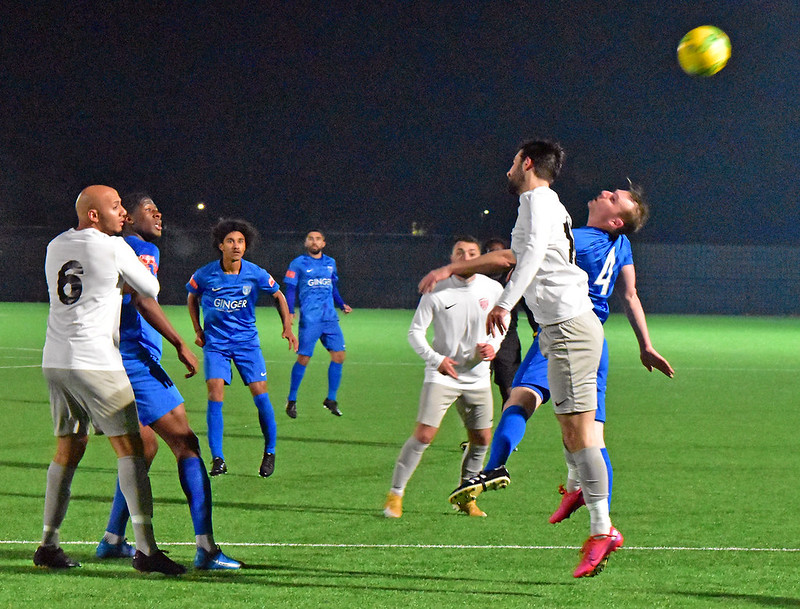 BARKING TAKE A SLICE OUT OF SALAMIS

Barking managed to move into the second round of the London Senior cup, after leading 2-0 at the interval, a 90th minute goal for the visitors and nine minutes of added time meant a nervy ending to the game.

There were a number of changes from Saturday’s close defeat at Coggeshall – new signings Ayo Odukoya (from Walthamstow FC), Riccardo Alexander-Greenaway (dual registration with Hendon FC) and Isaac John made a late appearance from the bench. Ben O’Brien made his first appearance of the season and number 392 of his Barking career.

After eight minutes Barking created the first real opportunity of the game when Barney Williams sets Aaron Blair in on goal, the on-loan striker sees his first effort blocked and then Salamis keeper Austin Byfield manages to collect the ball and avert further danger. Eleven minutes later Byfield is in action again when the ball is knocked onto Blair who controls ball and shoots, but the keeper blocks his effort. On 25 Byfield is called into action again Ayo Odukoya wins the ball and fires in a powerful shot which is saved but the keeper manages to gather the ball in before the waiting Blair can pounce. Three minutes later and good work by George Purcell frees Odukoya who unleashes another powerful shot which Byfield uses his body to block. After this point Salamis came more into the game and they force a number of corners and a few blocked shots put pressure on our defence but aside from one shot on 32 which James Shaw gets down to turn away from goal Barking emerge unscathed and move in front on 36 minutes. A corner leads to a Salamis breakaway which Riccardo Alexander-Greenaway stops by winning the ball back and finding Blair who in turn passes to Williams who delivers an inviting cross and the head of Ayo Odukoya who leaves Byfield helpless and the home side a goal up.

On the stroke of half time it is 2-0: Marcel Elva-Fontaine gains possession and his cross finds Blair who lays the ball back to Olu Oluwatimilehin whose low shot gives Byfield no chance for his second of the season.

After the interval it is a much quieter affair with both teams attacking but little in the way of clear-cut chances being created. Six minutes in and Purcell forces a corner, the flag kick is taken by Williams and Byfield cannot keep hold of the ball and after having to cut across goal Pepin-Junior Yassi Pepin sees his shot blocked. After 54 Elva-Fontaine produces another inviting cross but Blair cannot get his head under the ball and it flies over the bar. On 67 some all-round good work ends with a Williams cross which Odukoya controls and works space for himself, but is let down by his shot which is wide of the goal. A foul on Odukoya gives Williams a free kick opportunity, but his effort just clears the bar. In the last-minute Williams lays the ball back to Yassi Pepin and his inviting cross flies across goal just waiting for a touch. A minute later after Barking looked to be in control of the game their lead halved as a slip in the box leads to the ball being played to Harrison Georgiou who gives Shaw no chance, In the 95th minutes Elva-Fointaine creates a chance for sub Isaac John who initially scuffs his shot, but recovers to have another go but fires wide of the post. Finally in the ninth minute of added time the referee’s whistle sends the Barking supporters home relieved at their first win since September.

We are at home again on Saturday as we entertain Grays Athletic who currently are third in the table. 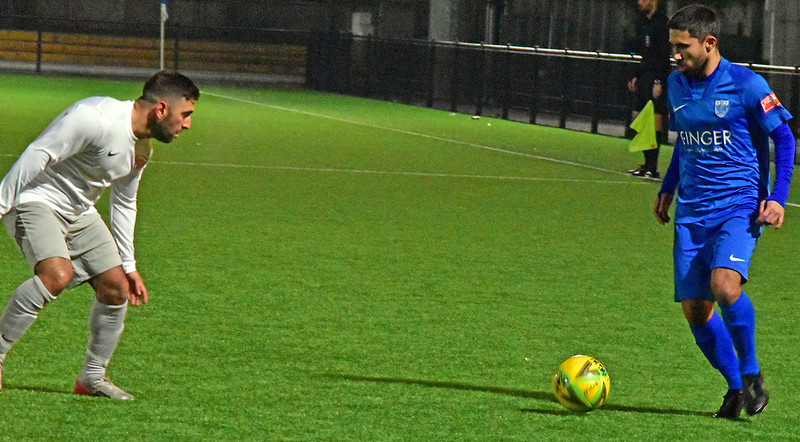