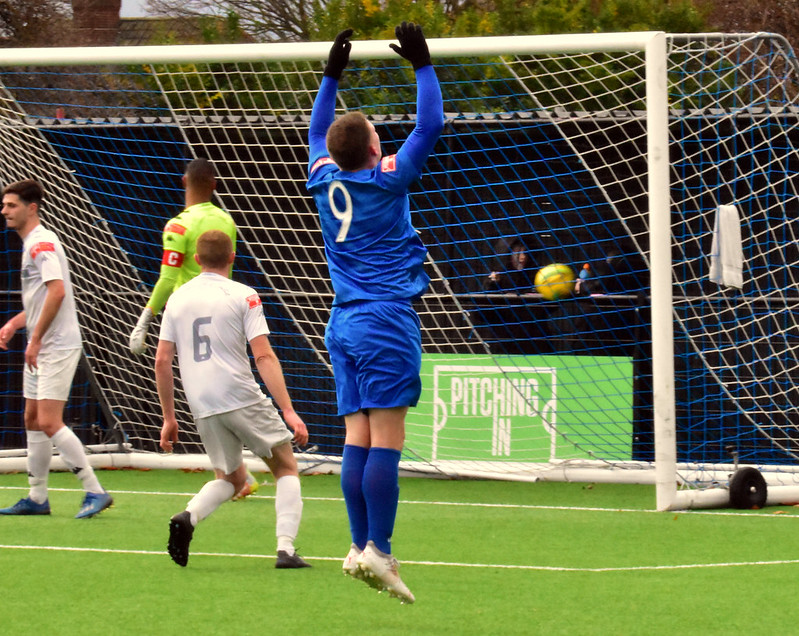 A couple of days late for Christmas presents but Barking finally ended their winless streak and unwrapped three points at Mayesbrook Park and extended their unbeaten run/slow jog to two games by beating lower table team Romford 3-1 thanks to goals from Harvey Browne, Kieran Jones and George Fairhead.

For those interested our last victory in the Isthmian League North was on Friday September 10th: 108 days ago, a 2-1 home victory over Tilbury thanks to goals from Kieran Jones and Barney Williams. Since then we have played 13 games, drawing four and losing the rest, with a -20 goal difference. The performances in the Brentwood Town, Heybridge Swifts games and today’s second half must give hope of a climb up the table in 2022.

After a bright opening spell, we took an early lead after seven minutes as the returning Barney Williams sent an early cross to the far post where it found the stretching Harvey Browne who managed to steer a volley back across Romford goalkeeper Carlos Simeon and into the corner of the net.

It was a game of few chances and the only other chance in the first 20 minutes fell to Romford as a long range shot clipped the bar on its way over. However, the Boro did grab an equaliser after 25 minutes as they drove forward from the right wing before the ball was cut back to Razmi Mahmoudi and his effort from 25 yards pinballed off Barking defenders and crept into the goal with James Shaw helpless. The only other first half chance of note fell to the Blues just before half time but Jay Leader headed over a Kieran Jones corner.

At half time there was a change in formation and Seb Towse replaced Maliq Jikiemi. Again, Barking started well and regained the lead after 55 minutes as Browne was brought down on the edge of the box – Kieran Jones stepped forward and his low free kick took a deflection off a Romford defender and beat Simeon to find the net. 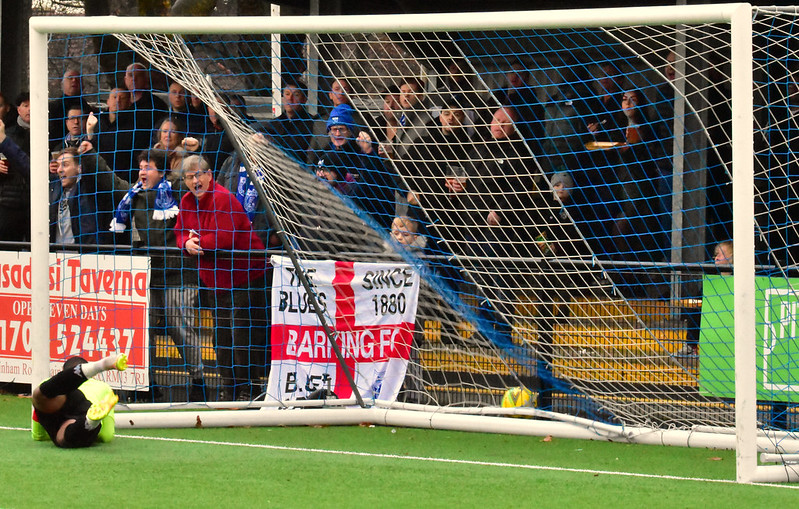 Barking kept Romford at bay with only one chance of any danger from a curled effort that crept wide and then extended their lead after 81 minutes – substitute Osa Otote, playing in a less familiar striker role, linked up well with Jones who found freedom on the left wing – his cross was palmed by Simoen to Georgie Fairhead and his header found the net despite the desperate efforts of a Romford defender.

From thereon Barking managed out the game effectively and there were no late dramas like the match at Heybridge.

On New Years day we hit the A13 to travel to Great Wakering Rovers and hopefully start 2022 with a victory. 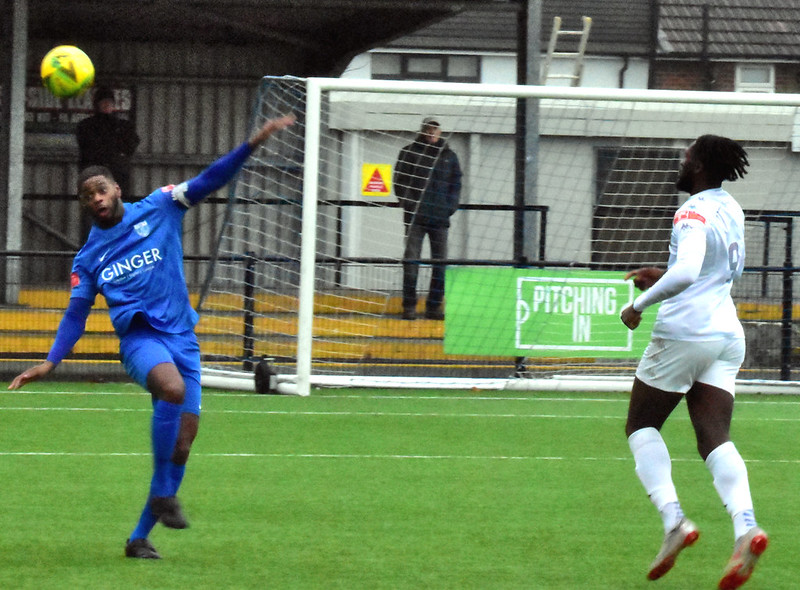