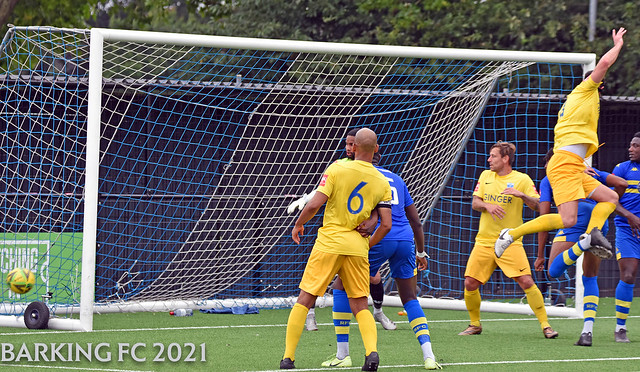 In terms of match action, Romford started stronger, with James Shaw being forced into action after three minutes to smother a low effort after a dinked ball over the Barking defence. Jay Leader’s long ball found Charlie MacDonald behind the defence and he managed to beat the goalkeeper to the ball but his prodded effort was cleared off the line by a Romford defender. 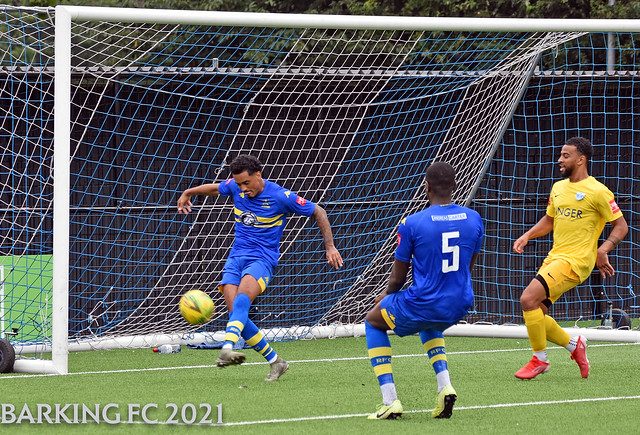 Jay Leader nearly gave the Blues the lead after 20 minutes from a Barney Williams corner but it was Romford who had the majority of the ball and took a deserved lead after 29 minutes. Romford were allowed to drive forward with the ball and a deflected cross found its way to Billy Hayes who rifled the ball home from outside the box. The final 15 minutes of the first half saw Romford control possession comfortably without mounting any further challenges to the Barking goal.

The second half saw Barking start stronger and they should have had their equaliser two minutes after the restart as a far post cross found Kieran Jones but his headed attempt was straight at Simeon. Barking were made to pay two minutes later as a mix-up from a long ball between Leader and Ojemen sprung Tunkara through on goal and he lifted the ball over Shaw to double Romford’s lead. The second goal seemed to spring Barking into life and they got their first goal back as Ojemen nodded down a goal kick to Kieran Jones who drove down the left wing before crossing to George Purcell who drove the ball home from close to the penalty spot. Romford believed the referee’s whistle had blown causing some confusion but the goal was allowed to stand. 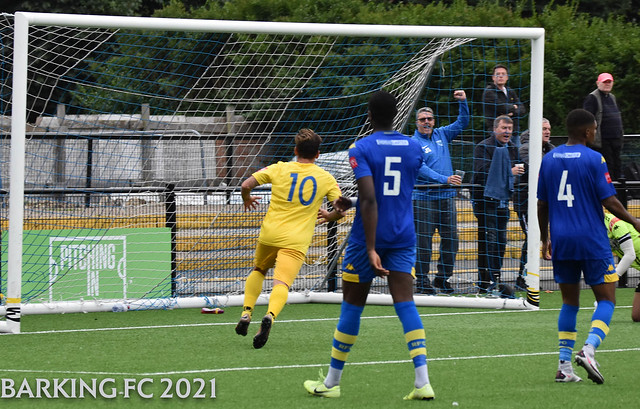 Ten minutes later and the Blues (playing in yellow) were level – a free kick by Barney Williams was headed onto the crossbar by Jay Leader, Romford attempted to clear the ball but it fell to Jess Norey who volleyed into the box where it found George Purcell who diverted the ball home from a similar position to which he scored his first goal. 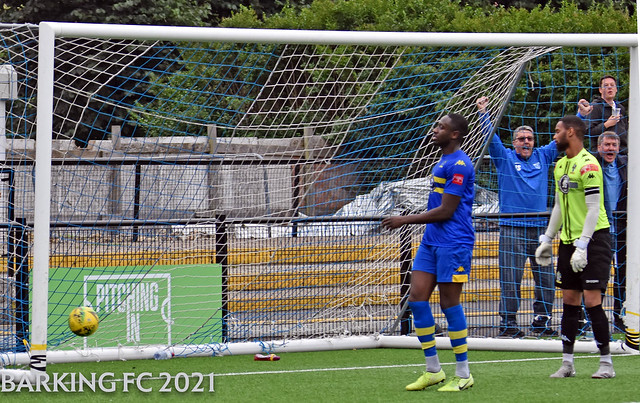 The Blues kept on pushing forward with Charlie MacDonald having the ball in the net twice, but both times disallowed, first for offside and then a marginal handball decision. Barking did get a deserved winner on 83 minutes, Ojemen’s long ball released Charlie MacDonald down the left wing of the box, and with the ball bouncing and time to set himself he unleashed a magical chip that flew over Simeon and into the right side of the net. 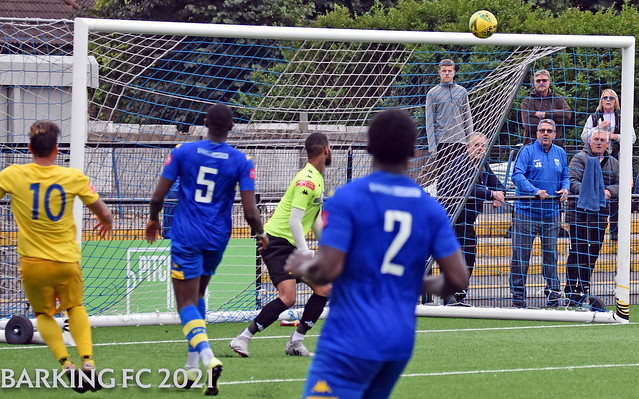 The unfortunate collision between Flavio Jumo and Carlos Simeon during injury time was an undeserving end to a pulsating encounter. Everyone sends their best wishes to Carlos for a speedy recovery and sends their thanks to the physios and external medical staff who treated him so promptly. 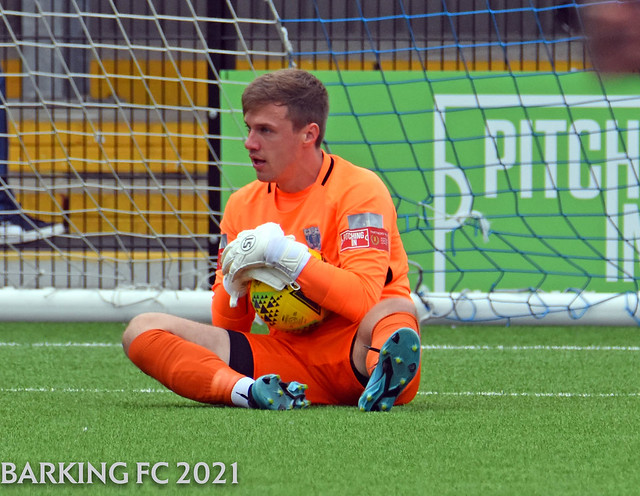