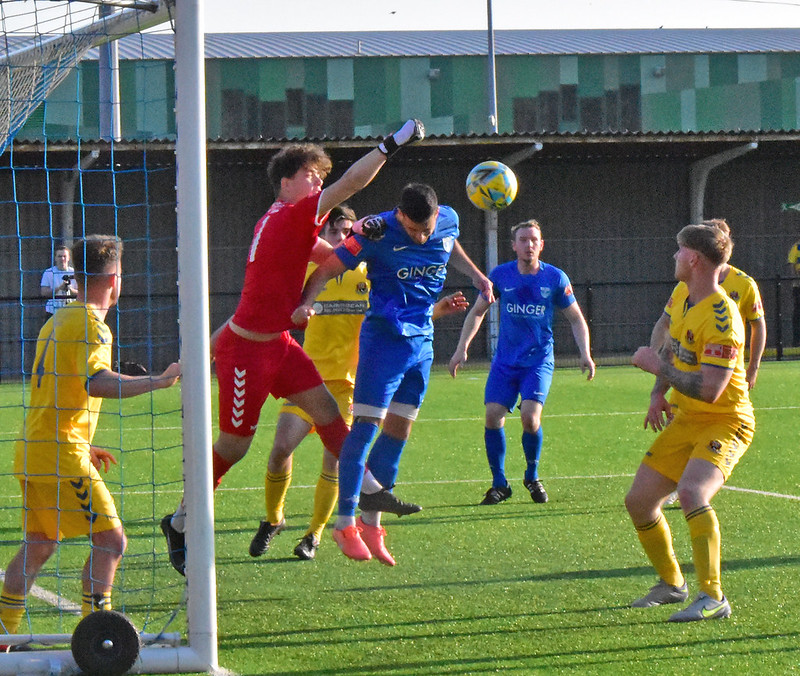 A WIN AT  LAST

On Non League Day Barking chose to win their first league game since mid-January, Sam Shaban’s strike five minutes before half time was enough to seal the points.

However, we were lacking in strikers as George Purcell, Charlie MacDonald and Troy Walters are all injured leaving match winner Shaban as our only fit recognised striker. In the positive side Jay Leader after being absent since February 8th returned to the starting line up.

Barking forced two early corners: nothing comes of the first but do better from the second when Sudbury keeper Joshua Blunkell fumbles the ball and Jay Leader nods onto Ben O’Brien who can only put the ball wide. The homesters are looking the better side but are unable to penetrate in the vital final third. Sudbury’s Joe Grimwood has a good chance but heads over from corner, similarly Sudbury exert pressure but with no end product. Samson Bello on his debut for Sudbury on the half hour receives the ball turns and shoots, his effort appears to be on target, but the chest of Elliot Omozusi’s blocks the ball. Barking come back and George Okoye’s cross is blocked off the head of Kieran Jones for a corner, Jones’ corner is cleared to Markos Touroukis who shoots wide. Five minutes from half time a ball forward to Touroukis whose run takes him past two defenders before he gets fouled on the edge of the box, The referee plays advantage and the ball breaks to Sam Shaban who gets what he can on his shot and despite Blunkell’s block the ball spins behind him into the net. 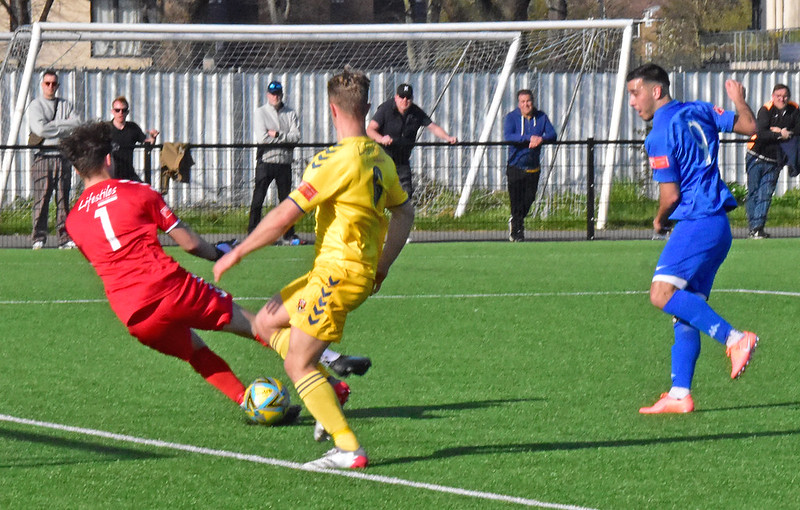 The second half is more of a war of attrition and on 51 a good run forward by Kieran Jones takes him to edge of the box, he finds Okoye who shoots but the ball goes wide. Sudbury come back at Barking but there is nothing doing as they stand firm – both sides enjoy a lot of possession but again not much doing in the last third. Twelve minutes from time Okoye breaks forward and eventually the ball finds Barney Williams who with some good work finds Shaban and this time beats Blunkell with a firmer shot that strikes the crossbar and a second goal at that point would have sealed the points. There is another chance on 87 when a Williams corner finds Okoye but he blazes over. A minute later Finley Thackway is called into action for the first time when he makes a brilliant save from the head of Joshua Stokes to preserve his clean sheet and the three points.

For the first time since the end of January we have no midweek match and so next Saturday we travel for the first time to Stowmarket Town who beat us 6-1 in the corresponding home fixture last November,