Barking did all they could on a scrappy day at Tilbury but it was late heartache after a 95th minute goal for Witham meant they were consigned to the second relegation spot and will be relegated to the Essex Senior League which we left in 2017.

At the end of the match the Blues occupied the relegation play off place and with it a chance to play Saffron Walden Town and secure Isthmian League status for next season, the late goal for Witham confirmed our third relegation – the others being in 1991/92 and 1995/96.

Tilbury were the stronger side in the first 15 minutes but it was Barking who went closest after 16 as a corner from Kieran Jones was met by a glancing header from Adeyemi Ayodele but it rattled the underside of the bar before hitting the post and escaping danger. 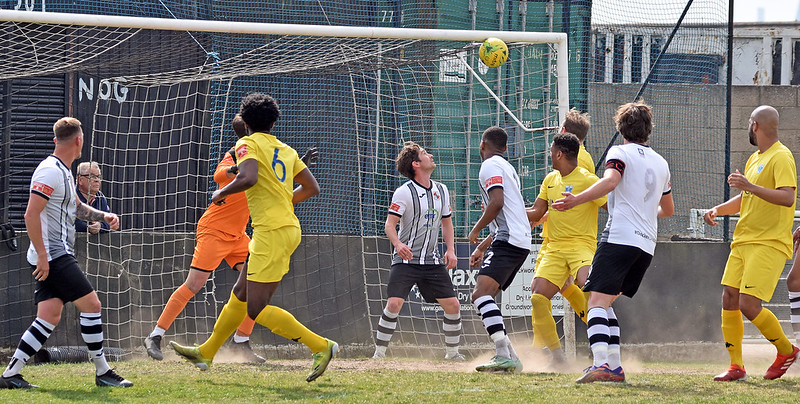 Finley Thackway made his first save after 38 minutes as Sam Jeremiah squared to Roman Campbell who was through on goal but his effort was too close to Thackway who made a strong save. That apart neither side were able to make much of an impression.

Tilbury continued to ramp the pressure in the second half and saw an early free header from a free kick nodded wide. George Okoye finally called Jamie Scammell into action after 55 minutes but his powerful turn and shot was straight at the goalkeeper. Barking took the lead after 64 minutes, with the ball scrambling in the box Okoye attempted to turn with the ball but was tripped leading to the referee pointing to the spot. Player-Manager Charlie MacDonald took responsibility, stepped up and sent Scammell the wrong way to give Barking the lead. 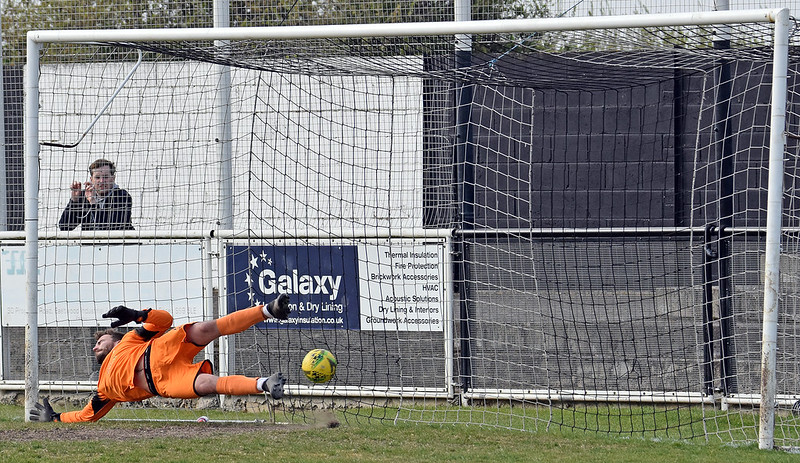 The Yellows had Thackway to thank for keeping the lead intact five minutes later as a right wing cross eluded everyone except for a Tilbury attacker at the far post and his strike seemed to be heading for the corner until Thackway’s hand came out of nowhere to palm the ball away. This was as close as Tilbury came and Barking nerves jangled with a rare successful rearguard action but they held on for the win. It looked like that would be enough for a relegation playoff place until Witham scored a late winner at ironically our home ground of Mayesbrook Park.

We will no doubt return in July to prepare for an important season at step 5 – we would like to wish all of our supporters a safe and happy summer and look forward to seeing everyone again soon. 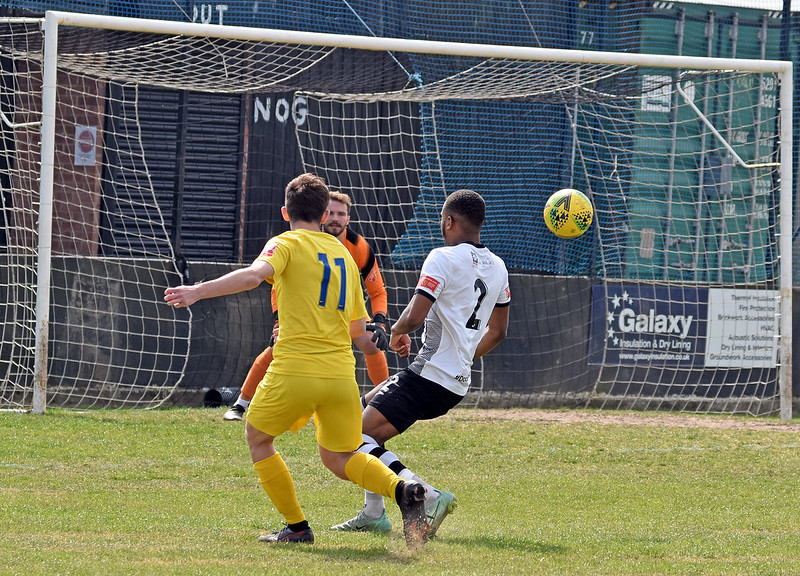