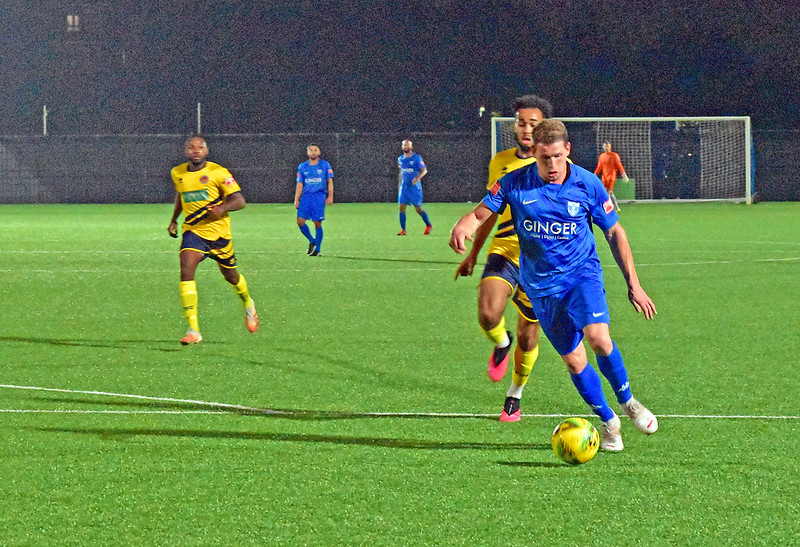 THE SEARCH FOR THREE POINTS CONTINUES

As the headline states we still await our first three points in the league since September and it is over 21 years since we took three points off Witham Town, in the intervening years we have played 17 league and cup games losing 14.

There was one change from Saturday’s match at Basildon with Osa Otote replacing the injured Marcel Elva-Fountaine, Lewis Inglis made his senior debut as a second half substitute.

After six minutes Aaron Blair forces a corner which comes to nothing and this sums up the early passages of play as Barking can’t seem to get their passing game going – however, both defences are on top and dealing with anything in and around their areas, but the swirling wind is not helping matters. With 21 gone the first real chance arrives and Barking seize it as Olu Oluwatimilehin finds Osa Otote, who plays a one two with Kieran Jones and he is in on goal and slides the ball past Witham keeper Rhys Madden for 1-0. Barking fashion another chance on 29 when an Otote shot is not held by Madden but Jones cannot take advantage and the ball spins out of play. 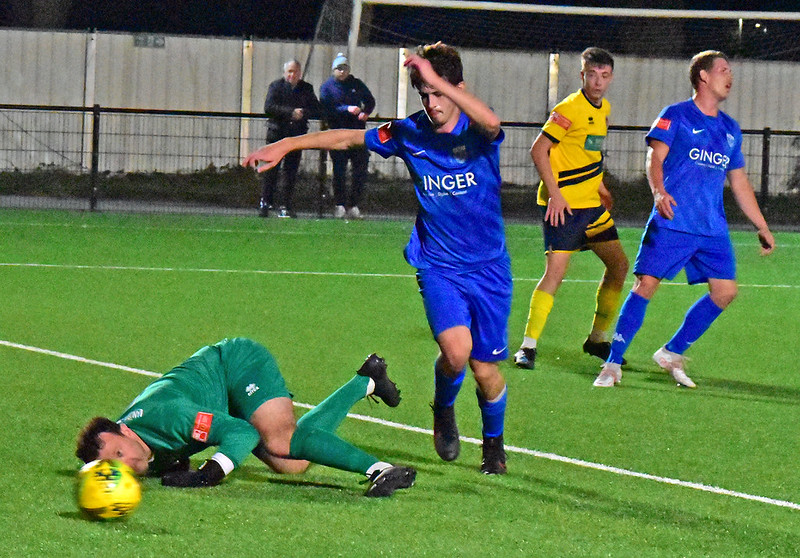 There is a penalty shout as Madden and Jones come together following a dangerous Otote cross – but the referee isn’t interested. Witham try and force the issue but the Barking defence stand firm and try and produce their own chances. With three minutes of the first half remaining Otote makes his own chance and fires a stinging shot which Madden turns around the post and the resulting corner just eludes Blair’s head. With 45 minutes elapsed a foul on Blair just outside the penalty area is taken by Oluwatimilehin and Madden is forced to tip the ball over the bar.

After the break Barking start the second half positively and a well placed Oluwatimilehin has an early opportunity for a second but fires over. Charlie Heatley nearly scores on 52 when his curling shot almost catches Madden out but he manages to palm the ball away. 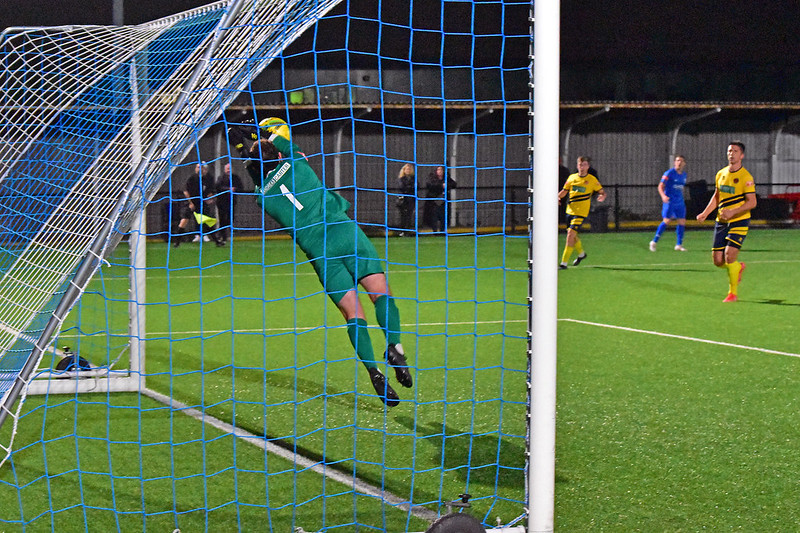 The next minute sees Otote crossing again and again Oluwatimilehin firing wide. Witham get their equaliser on the hour when Heatley makes a “forward’s tackle” and the referee immediately points to the spot. Suaibo Balde sends James Shaw the wrong way and the scores are level, there is also a double whammy as Oluwatimilehin is forced to leave the pitch with what looked like an ankle injury. Buoyed by the goal Witham start to look dangerous but it is the home side who come close as Heatley slips Blair in on goal but the body of Madden denies the loan striker his first Barking goal. Witham’s Adam Chenti finds himself in the Barking box with time and space but fires across Shaw and past the goal. With six minutes remaining George Purcell is sent on and the pendulum swings back to the Blues as the sub fires wide, then after being set up by Blair his shot is blocked. The last chance falls Barney Williams and although he strikes the ball well this is also blocked and we have to settle for a point.

The point moves us up to seventh place and we are at home again on Saturday as we take on Dereham Town who sit second in the table and will no doubt be a tough encounter. 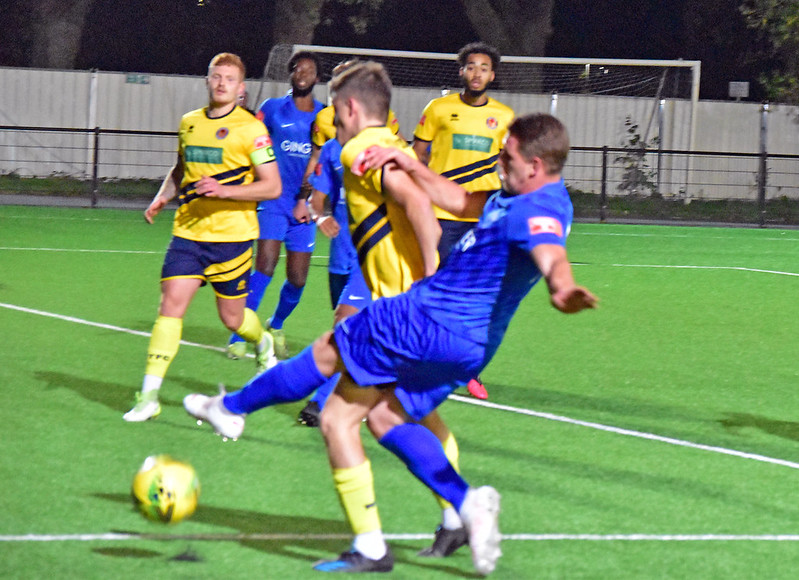